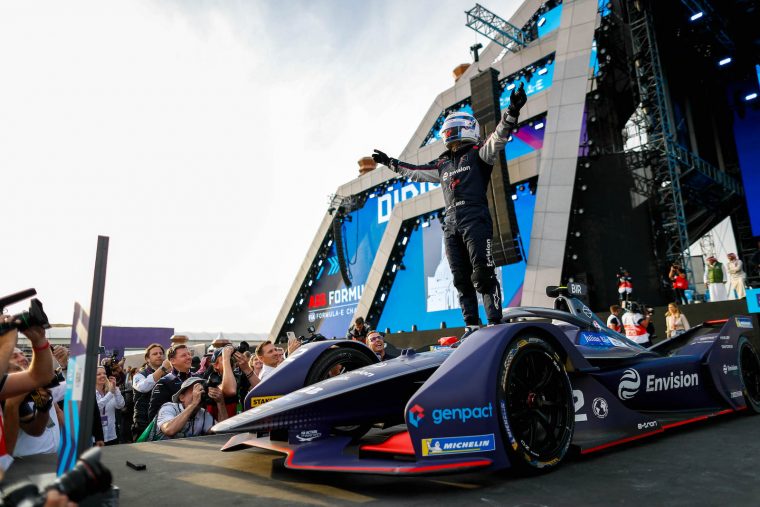 So, 132 days after the curtain fell on a pulsating fifth season of Formula E, the all-electric series roared back into racing life in Riyadh, Saudi Arabia for round one of the 2019/20 season. And after a breathless qualifying in the morning which saw BMW’s Alexander Sims take pole position, it was

After a fairly regimental start into turn one, Sims lead away from Vandoorne and de Vries. In fact, the top seven was unchanged after lap one. The top three made an early break as Edo Mortara was the early ‘cork in the bottle’ for the rest of the field, holding up Envision’s Sam Bird and the rest of the midfield, allowing Sims and the two Mercedes cars to break away up front.

An early yellow flag was waved for Nissan’s Sebastien Buemi, as his car ground to a halt, dropping him down the order and a lap down early on, but the Swiss driver did manage to get going again and return to the pit lane. Meanwhile, the first visible on track pass was Robin Frijns making a pass on Oliver Turvey for 11th place as the field settled in, trying not to make mistakes in the first round of the season.

After 10 minutes, the 4th place Venturi of Edo Mortara picked up the pace and made it a five-car train for the lead, dragging Sam Bird along with him, as Oliver Rowland became the first front runner to use the attack mode for the first time, giving him an extra 35kW of power. Porsche’s Andre Lotterer then used it the following lap to cover Rowland but lost out to the Brit as they both began to use the advantage to chase the leading pack of Sims, Vandoorne, de Vries, Mortara, and Bird, with d’Ambrosio in a lonely sixth place.

Bird was the first to use attack mode in the lead pack, but fell behind d’Ambrosio, but managed to get past the Belgian on the following lap and almost passed Mortara on the same straight. Bird eventually got his man on the next lap and promoted himself into fourth as Vandoorne and de Vries armed their attack mode in second and third place. Sims was forced to take his first attack mode the following lap to avoid being undercut by the chasing Mercedes of Vandoorne, and was successful in his attempt, retaining the status quo up front.

With clear air and attack mode armed, BMW’s leader Alexander Sims set the fastest lap and began to slowly gap Stoffel Vandoorne marginally, showing the gains that the Brit has made after his confidence-boosting podium at the final race of last season in New York City. Meanwhile, back in the midfield, both DS Techeetah’s and Audi’s of Vergne, Da Costa, di Grassi, and Abu were languishing outside the top 10, which is a far cry from their dominant position in season five.

Fan-boost was announced at the halfway mark, with Vandoorne, de Vries, da Costa, Buemi, and Lotterer all beneficiaries of the extra 50kw of power that could be used for five seconds.

Defending champion Jean-Eric Vergne came into the pits with 20 minutes remaining which looked like some serious damage for the DS Techeetah man, thus leaving the Frenchman with zero points from the race here in Riyadh. Hugely disappointing for the double world champion.

Bird was the first to arm his second round of attack mode in fourth place, looking to undercut the two Mercedes’ of de Vries and Vandoorne ahead, who were bottled up behind leader Sims, as Porsche’s Lotterer joined the fight also in attack mode. Bird then attacked de Vries for third place, and made the move stick, putting the Bird in a net lead, as Vandoorne and Sims had yet to use their attack mode, which causes a time deficit in arming it.

The first dramatic moment of the race was when Vandoorne defended from Bird and actually passed Alexander Sims in doing so, using the momentum to go up the inside of the BMW man to take the lead of the race with 15 minutes to go, this allowing Bird to follow through in sympathy. Meanwhile, de Vries was falling back down into seventh, losing pace. Sims also fell off the pace and out of the podium, promoting Lotterer to third place as Bird took the lead from Vandoorne before the Belgian even took his second attack mode, perhaps showing the inexperience of the new Mercedes team.

Oliver Rowland having a quiet but successful run, hanging onto the back of the lead group after starting in eighth place, the man from Barnsley was having a great points day, hounding early race leader Sims for fourth before passing the BMW man in the following laps. But with 6 minutes to go, the safety was scrambled for debris from Daniel Abt’s Audi, which appeared to have had an accident after hitting the wall hard, blocking the track just as Vandoorne chose to arm his attack mode, meaning he effectively lost the chance to use that extra energy.

The safety car came in with just over a minute left, and Sam Bird get a fantastic jump to lead away from Lotterer, Vandoorne, Rowland and Sims. But ultimately it was Envision Racing’s Sam Bird that took a dominant victory in the end, with Andre Lotterer and Stoffel Vandoorne scoring maiden podiums for the new Porsche and Mercedes teams, with Nissan’s Oliver Rowland chasing hard in fourth across the line. Bird’s teammate Robin Frijns fought back to fifth in what proved to be a very successful day for the team.

Race two is scheduled for tomorrow, with an extra 30 points on the table as the championship has been kicked into life with a fantastic opening race. 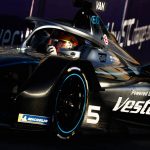 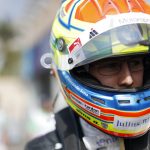