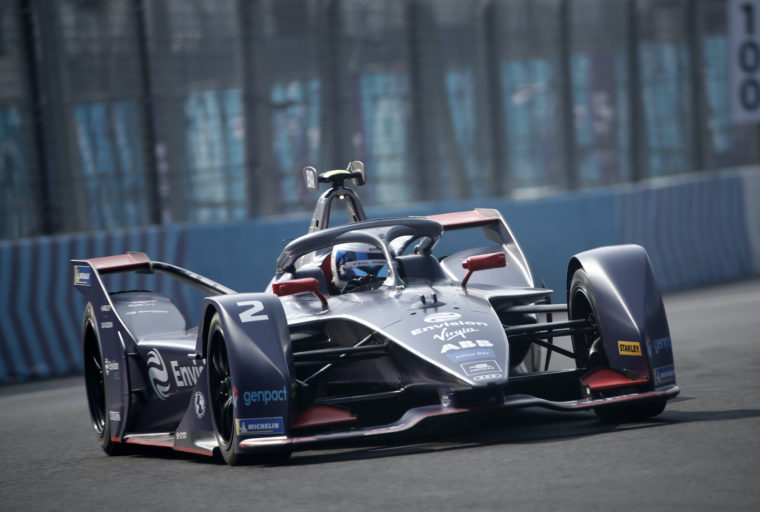 The action promised by FP1 continued into FP2 with a number of drivers sliding through turns 1, 5 and 6. But that didn’t stop Sam Bird as he lay it all on the track and topped the timesheet.

Antonio Felix da Costa led the field out on to the track at the start of the session, and it didn’t take long for the first lock-up. Just a couple of cars behind him, Lucas di Grassi got a little too close for comfort to the back of Jean-Eric Vergne’s car. No contact was made.

A number of drivers made attempts to give an example of the power they were bringing into the race later today but the first display to really pay off was that of da Costa. Sliding through most turns, he set a time of 1:09.281. Eager to keep their top spot, Techeetah encouraged him to keep pushing.

Drivers continued to give their best efforts on track, but Neel Jani came to a halt triggering a yellow flag.

After sitting at the top of the timings for a short while, da Costa was beginning to look unbeatable but finally, Jerome D’Ambrosio stole P1 with a time of 1:09.030. With this change, Bird began a lap of fire, throwing his car into every corner with enormous amounts of power. He crossed the line setting a time of 1:08.850, reigniting the need to go faster for all on track.

In the rush to be fastest James Calado locked up in the high action turns 5 and 6 whilst his teammate completed a lap worth of P1 with 1:08.509. However, due to the mishap faced by Calado, Jaguar was unable to achieve the 1-2 they held in FP1.

The charge continued. Pascal Wehrlein began a maximum power lap, but it wasn’t meant to be as he went off through the arena section. The session heated up even more as Edoardo Mortara went side-by-side with Felipe Massa, giving the promise of further action in today’s race.

As the final 5 minutes began ticking down, di Grassi set a purple sector 1 and a green sector 2. It was clear he meant business. Eventually, he crossed the line with 1:08.304 but this P1 was by no means a sealed deal. Purple sectors were appearing everywhere, and it was all still to play for.

Da Costa sought redemption for his lost P1 from earlier in the session. He tipped the times into 1:07 with a time of 1:07.791 but the glory wasn’t his for long. Bird swept around the track, taking the top spot with him. He crossed the line in just 1:07.672.

Others made attempts, and for a while, it looked like Vergne might be in with a real shot. However, after a disappointing sector 2, the Frenchman was only capable of P10. As the session closed, Bird remained firmly in P1. 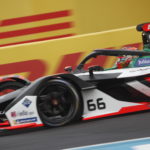 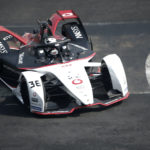