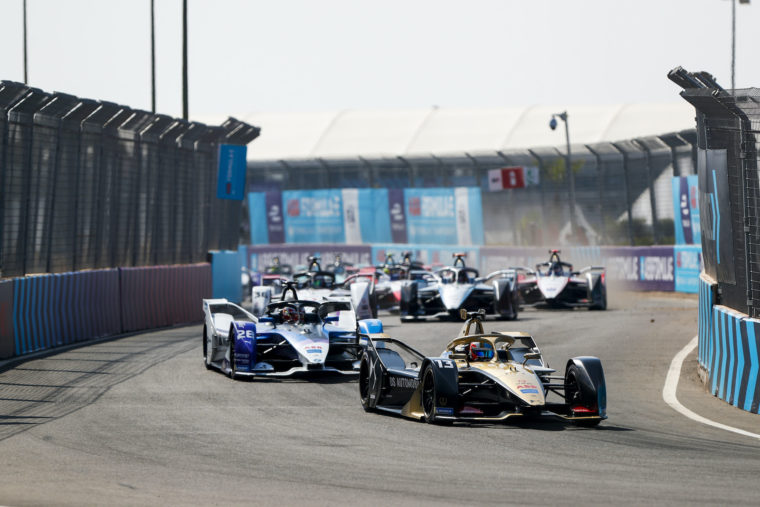 [vc_row][vc_column][vc_column_text]A dominant victory in Marrakesh saw Antonio Felix da Costa claim his third Formula E win for a third different team, and on a third different continent. The Portuguese driver now takes an 11-point lead into the next race in Rome. We now take a look at the facts and figures behind the days racing in Marrakesh.[/vc_column_text][/vc_column][/vc_row][vc_row][vc_column][vc_text_separator title=”Race facts” title_align=”separator_align_left” color=”custom” accent_color=”#5da73c”][vc_column_text]- After Mitch Evans didn’t set a lap time in qualifying, James Calado outqualified his teammate for the first time this season. This leaves Sam Bird as the only driver to have outqualified his teammate, Robin Frijns, in all five races this season.

– In Marrakesh Antonio Felix da Costa topped Practice One, took pole position and won the race. This is the first time in Formula E that da Costa has topped three sessions in the same E-Prix, becoming the sixth driver to do so.

– DS Techeetah is now the sixth Formula E team to have two drivers win for them. Jean-Eric Vergne has claimed eight wins for the team to go with da Costa’s maiden victory for the team.

– Even through BMW i Andretti are only one of two teams to have scored in every race this season, they have only had one driver score in each race. Alexander Sims scored in both Diriyah races and in Mexico City, with Max Günther claiming his only points through podiums in Santiago and Marrakesh.

Robin Frijns lost his best time in qualifying after technical infringement, meaning the Dutch driver had to start from 22nd on the grid. The Envision Virgin driver then worked his way through the field to finish in 12th place. This is the fourth E-Prix in which Frijns has gained ten or more places, after two races in Season 3 and the Santiago E-Prix last season.

Season 3 champion di Grassi is the only driver to have gained places in all five E-Prixs this season, having now gained a total of 37 places from his grid spots.

For the first time since the Season 5 Bern E-Prix (and only the ninth time in Formula E) the top two drivers on the grid finished in that order, with da Costa claiming his third win ahead of BMW’s Max Günther.

Comparing to previous seasons, only Season 4 saw a double-digit number of drivers stand on the podium in the first five races.

With 11 drivers having already stood on the podium, the season total for Season 3 has already been beaten. During the 2016-17 season only eight drivers stood on the podium throughout the season, and only six in the first five races. The current record for the total drivers on the podium in a single season is 16, so with eight races remaining this season, there is a chance this could be beaten.

Evans was never in one position for more than five laps and he used Attack Mode smartly to gain places. The Mexico City winner used his first Attack Mode on lap 16, and the following lap he had passed the Geox Dragon of Brendon Hartley, who Evans had been stuck behind for four laps and had just finished his boost. The Jaguar driver then used his second Attack Mode on lap 26 to pass both Oliver Rowland and Lucas di Grassi in the same lap to move from eight to tenth position. 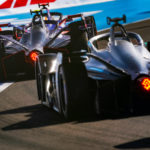 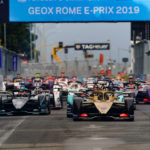