The long-awaited season showdown will go underway in two-weeks time at the Tempelhof Airport with an unprecedented trio of double-headers to define season six ABB FIA Formula E champion.

“I am delighted to share the news that I will work with them again, this time in a race situation, which makes it even more special. I want to thank Jay Penske and every member of Geox Dragon for giving me this opportunity,” said Sette Câmara.

Early in March, and following the five-round of the 2019/2020 season, the Marrakesh E-Prix, both drivers took part in the Rookie test held at the Circuit Moulay El Hassan in Morocco.
The event marked Sette Câmara on-track debut in a Formula E car – Eriksson had previously attended the same test back in 2018 with the FE team DS Virgin Racing. 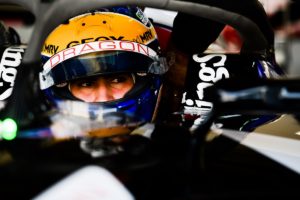 The Brazilian impressed with his performance, adapting quickly to the Gen 2 car in his first-ever outing in the all-electric series. He finished second in the overall standings behind the wheel of the PENSKE EV-4.

Jay Penske, the Owner and Team Principal of GEOX DRAGON & PENSKE AUTOSPORT stated, “I have been very impressed with Sérgio on track in Marrakesh, and in his work in the simulator with our engineers to continue to push the development of the PENSKE EV-4 package.”

“I look forward to seeing him on track in Berlin, and I fully expect him to challenge for points in his first races with the Team,” Penske concluded.

After testing, we caught up with the Brazilian to talk about all things motorsport.

ERN: What is your perception as a driver of Formula E as an all-electric racing competition?

SC: “I think Formula E is a great series, it´s line up with the future, the tendency is to go full electric, and that´s the direction where most manufacturers will be. It´s good to be involved in it.”

“It was a great opportunity to be offered this role. I´m thankful to Geox Dragon and Jay (Penske) for considering me for this, and everyone in the team. It´s extremely exciting,” he added.

“Testing the car was a great experience. I also felt at home with the car relatively quickly.
I didn’t know what to expect; it’s different from everything else I was driving, it was very positive for me, I enjoyed myself.
The team gave me massive support to get used to the car and explained things very well.”

2019 was a busy year for the young driver who completed his third campaign in FIA Formula 2 Championship finishing fourth with the DAMS team – a personal best, securing the points required to obtain an F1 Super License.

ER: What are your plans for the future?

SC: “It was great to secure the Super License last season; I plan to make use of it, my dream is Formula One.

I think the two best series on the planet right now are Formula 1 and Formula E; times are changing quickly, so you never know,” he explained.

“I´m from Brazil, the motorsport culture there is very pointed towards F1, I fell in love with motorsports watching F1, so of course, it´s a dream.
Let’s see what the future brings you never know“.

The single-seater driver also fulfilled his duties as McLaren’s development driver, being released by the British team for the F1 2020 season.

ER: How do you assess your journey with McLaren in Formula One?

SC: “I learned a lot with them, it was a great opportunity; doing almost forty days in the simulator, which is a lot.
They gave me the opportunity to drive the car and engage with the team.”

“I had a contract with them for this year as well, I was supposed to continue, but they were kind enough to release me of the contract.
They took into account my career, they say, we know you are young, you have a dream, so they let me go in good faith. I am very grateful to them,” added the Brazilian.

In March of 2020, he joined sister teams Red Bull Racing and Scuderia Alpha Tauri as their official test & reserve driver for the Formula One season, a role he shares with 2015/16 Formula E champion, Sebastien Buemi.

After a long break, due to the global COVID-19 pandemic, Formula One resumed early this month in Austria, since then, Sette Câmara has been traveling to all three races with both teams.

A TRUE ELECTRIC CHALLENGE IN BERLIN

Yesterday, Formula E revealed the three circuits layouts for the season finale, the Berlin E-Prix presented by CBMM Niobium.
The series will resume on August 5, with each pair of races presenting a different track configuration.

“It is a huge undertaking in terms of production to set up three different configurations for this event, with fewer people on-site to be able to carry out those changes,” said Frederic Espinos, Formula E Sporting Director.

“We’re doing something that has never been seen before in world-class motorsport and it’s an example of how reactive and innovative Formula E is – it’s in our DNA,” he added. 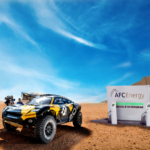 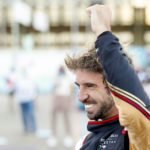