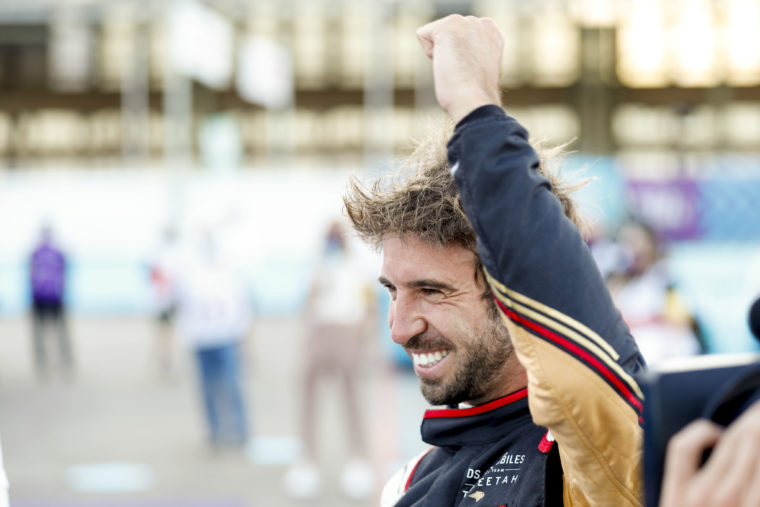 In the second out of the six-race grand finale of the 2019/2020 ABB FIA Formula E Championship Antonio Félix da Costa is the absolute winner.

The Portuguese´s third consecutive victory of the season was once again flawless, he crossed the line ahead of Nissan e.dams’ Sebastien Buemi in second, and Audi Sport ABT Schaeffler Lucas di Grassi in third.

Buemi qualified second while Mahindra Racing´s Alex Lynn took third in the grid, the British is replacing Pascal Wehrlein – who left the team early in June, for the remainder of season six.

With 36 minutes left on the clock, Lynn had dropped from third to seventh, meanwhile, Nyck de Vries and Robin Frijns engaged in a fierce battle for the third place; which resulted in the later, overtaking the Mercedes-Benz EQ driver.

BMW i Andretti Motorsport´s Max Guenther had to pit with front wing damage, losing one lap; he would later retire the car.

Due to the debris on the track, the stewards pulled the full-course yellow in the race.

Frijns and di Grassi – who started sixth, engaged in some wheel-to-wheel racing until the Envision Virgin Racing driver was caught out by the Brazilian, who moved to the third.

Nyck de Vries’s car seems to suddenly have lost power forcing the driver to stop in the track while running in the top five.

The Mercedes driver was under investigation for leaving the car without permission from the race director.
Moments ago it was confirmed that 5 points have been added to his racing license.

The incident caused another full course yellow flag, which resulted in a 2 KWH energy reduction.

Vergne´s car would end up losing pace as the rear tires began fading by the end of the race, nevertheless, he managed to score a point.

With 16 minutes remaining, Vandoorne – who had started 13th, continued to climb up the order, producing some of the most sensational overtakes of the race.

In a brilliant move, he overtook Bird and Rowland in one turn to move into the fifth position.

di Grassi, Frijns, Vandoorne, and Bird battled hard during the final moments of the race.

The Brazilian managed to open a small gap; Frijns took the chequered flag fourth, with Vandoorne close on his tail in fifth, and Bird in sixth.

BMW i Andretti Motorsport´s Alexander Sims and Audi Sport ABT Schaeffler racer René Rast both started the race from the pitlane.

Sims dropped 20 grid positions before the race, as the team needed to change the battery pack of his BMW iFE 20, starting the race 15th and finishing 20th.

Two times DTM champion Rast – who is replacing Daniel Abt for the remainder of the season, scored his first point with the team as he crossed the line in 10th place yesterday.

Today the German, made an error on his qualifying lap that sent him to the back of the grid.

During the race, Rast brought the car home in 13th place.

da Costa leads the driver´s championship with 125 points, Lucas di Grassi and Stoffel Vandoorne follow the Portuguese driver, each with 57 points in the overall standings.

“I’m speechless. Honestly, what we have done now, winning three times in a row and twice from pole to finish, you can only dream about. It’s going to be so important that we continue in the same mentality we have now for the final four races so that we don’t loose it on the finish line. I’m super confident in the team and that we will keep each other afloat all the way to the 13th August and the final race day,” said da Costa.

Furthermore, DS Techeetah extended its lead over BMW i Andretti Motorsport in the team´s championship.

Yesterday, da Costa delivered a brilliant performance at the first of six races that will define the 2019/2020 ABB FIA Formula E championship over nine intense days, the Berlin E-Prix presented by CBMM Niobium.

The Portuguese driver clinched pole position with a flying lap and went on to score his second win this season – he won the Marrakesh E-Prix in February, grabbing all the points available, 30 overall. 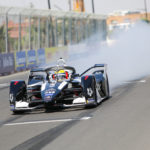