Vergne the victor, da Costa the champion in Berlin 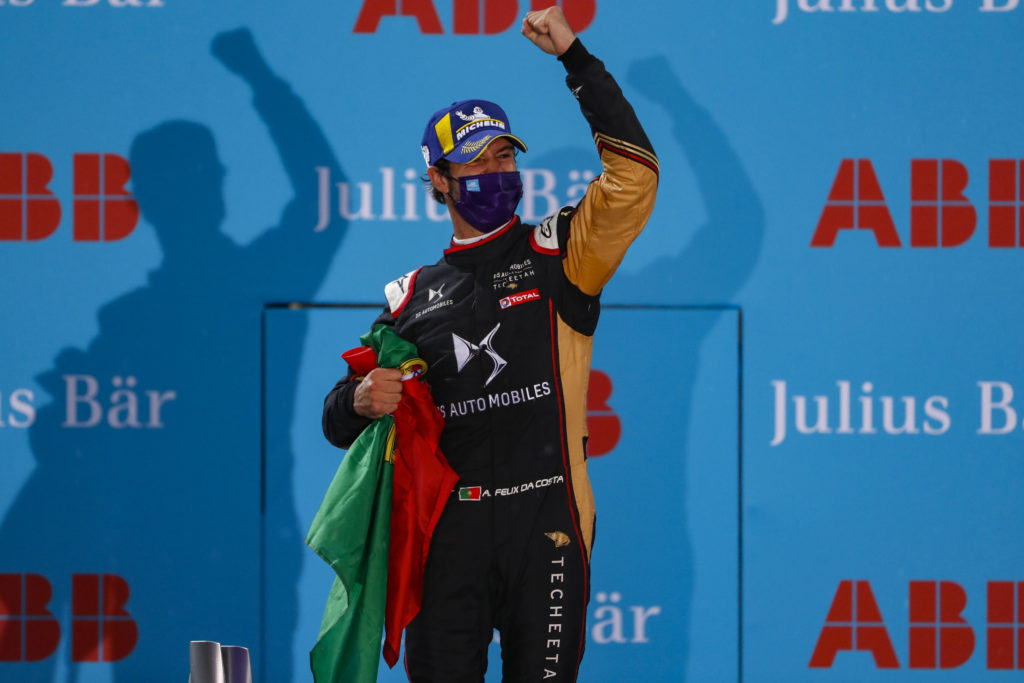 Jean-Eric Vergne prevailed to win the fourth Berlin E-Prix, but it was the second-placed Antonio Felix da Costa who dethroned him by becoming Formula E Drivers’ Champion of Season Six. Techeetah wrapped up the Teams’ championship to cement a historic day for the team.

The race began with da Costa holding a 68-point lead over second-placed Maximilian Gunther, but after a poor qualifying the BMW driver ended his race on Lap One with a collision with Oliver Turvey’s 333 NIO, handing a further advantage to the runaway championship leader.

Vergne maintained his lead over da Costa heading into the first Attack Mode period, while rain began to hit the Tempelhof Circuit. Oliver Rowland worked his way into second place, and Nyck de Vries hung behind in fourth. Rene Rast slipped from a strong 8th after firstly Mitch Evans and Lucas di Grassi worked their way through.

Vergne appeared to pull off an orchestrated move as da Costa swept into the lead, with the Techeetah duo seeking to make sure the title celebrations were going to take place sooner rather than later.

Nissan e-dams had their eyes on performing a swap, too – Rowland made way for Sebastien Buemi to try and take a shot at the Techeetah pair ahead, but immediately after the move was performed Buemi was unable to make headway while Rowland almost lost fourth place to the charging de Vries.

The Dutchman did eventually make his way past, with Rowland offering a firm yet failed defense. Buemi remained unable to crack the top two, while Vergne retook the lead from a da Costa knowing that barring mechanical trouble, Formula E’s most glorious prize was finally to be his.

And so it turned out. A glorious day for DS Techeetah, in which they took a 1-2, saw Vergne take the victory, da Costa wrap up a third consecutive Drivers’ title in record time and themselves take a second Teams’ championship in a row, similarly the quickest ever to do it, was their reward for another strong season in the face of both stern comptitors and adversity.

Buemi, de Vries, Rowland, di Grassi, Evans, Lotterer, Lynn and Massa rounded out the top ten, while champion da Costa claimed the fastest lap. He stands on 156 points, 76 ahead of second-placed Vergne, and the duo are currently on for the first 1-2 in the Drivers’ standings for a Formula E team in the sport’s history.