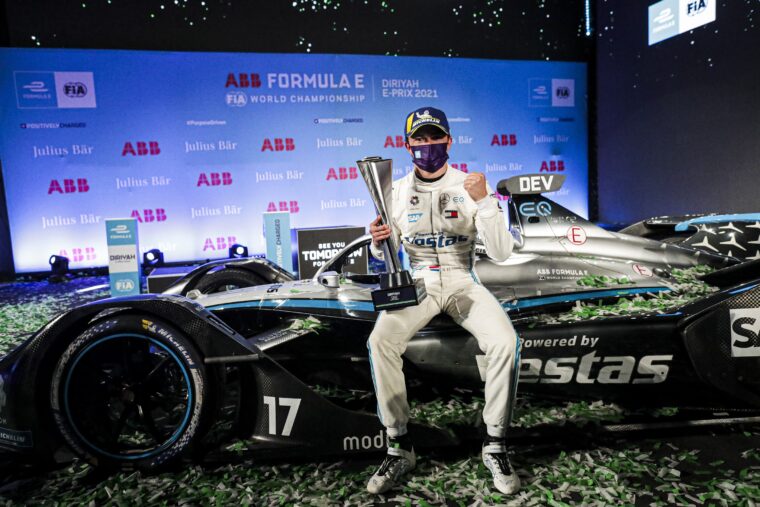 The ABB FIA Formula E electric series debuted as a World Championship with an eventful race and a stellar podium.

Mercedes-EQ Formula E´s de Vries dominated the opening round of the seventh season from the very beginning.

The 21-year-old topped both free practice sessions; when qualifying took place, he set the fastest lap time, guaranteeing his spot in the Super Pole – which he took by storm from TAG Heuer Porsche´s Pascal Wehrlein.

The 24-car grid of the ABB FIA Formula E World Championship kicked off with de Vries leading the way into an action-packed E-Prix, one the Dutchman would master throughout the 32 lap race.

“My first victory in Formula E! What a fantastic result and a perfect start to our second season. It’s been a great weekend for me so far, setting the fastest time in every session and then winning the E-Prix itself. That’s obviously a very nice feeling, but it was by no means an easy race. There were so many safety car deployments, and it was difficult to always select the right energy management,” he said.

During the fifth lap, Audi Sport ABT Schaeffler´s René Rast pushed the pedal to the floor, setting the fastest lap with a time of 1:11.340s, maintaining his grid position, running in third place.

It would take the German five more laps to apply pressure over Wehrlein and get the battle for the second spot started – a position the DTM champion took using all his racing experience; the latter followed to activate Attack Mode.

In between, Tom Blomqvist (NIO 333 FE) was handled a drive-through penalty for overpowering during regen.

ROKiT Venturi Racing´s Edoardo Mortara would come from fourth to second in style, stunning everyone watching his overtaking masterclass.

“It was crucial to overtake Pascal; he overconsumed after taking Attack Mode. There wasn’t much space to overtake, but I went for it and was lucky,” Mortara outlined.

Soon after, Evans teammate Sam Bird and Mahindra Racing´s Alex Lynn – both battling against each other from the start, crashed, causing the Safety Car deployment.

Lynn had to retire the car with suspension damage while Bird – which had fallen to the bottom of the grid, attempted to keep his chances alive in the race, heading to the pits.

The Jaguar Racing mechanics change the nose of the car, with Bird returning to the track.

The race resumed once the debris got removed from the track. At the time, the lead remained unchanged with de Vries, Rast, and Mortara.

Evans was running fourth, followed by Wehrlein and Maximilian Guenther (BMW i Andretti Motorsport) – who benefited from the crash, climbing to sixth place.

Defending champion da Costa went from 18th to the 15th position when the race saw the green flag.

From then on, things unfolded quickly for some drivers.

“I felt like I knew what Edoardo was going to do. I wasn’t going to be able to defend, so it was an easy pass for him. I was more worried about Pascal, but I managed to pass him at the same time. At that point it was good to keep the momentum going,” Evans explained.

With the extra power, the Swiss managed to retake second before the race finished. Right after, Guenther crashed into the wall; as a result, the Safety Car got deployed for the second time in the race.

Evans, who started from sixth in the grid, overtook Rast to cross the finish line in third place.

“To move forward from P13 to finish P10 for the first race of season 7 is a good step from last year, and I am really happy to be able to score the first points for the team in the first Formula E World Championship season,” Turvey stated.

Tomorrow they will meet again to contest the second of Season 7 at the Riyadh Street Circuit. 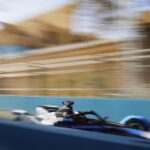 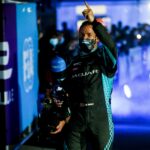