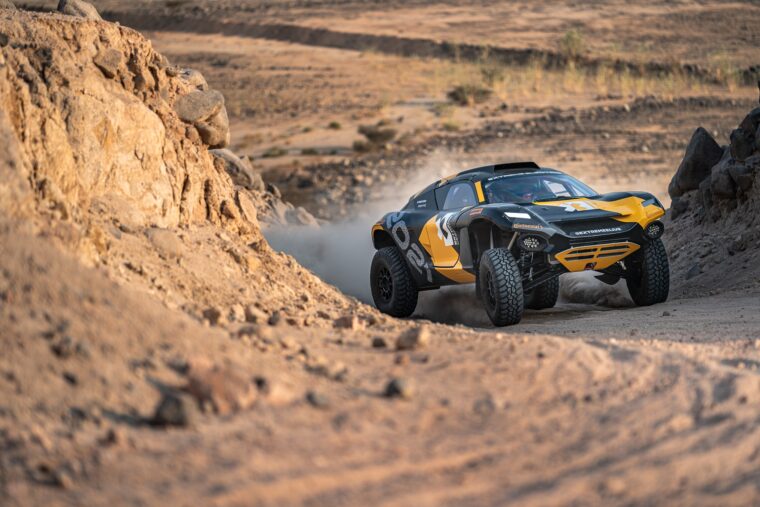 The off-road, all-electric racing platform is only a few days away to start a new chapter in electric motorsport racing with the inaugural Desert X Prix in AlUla, Saudi Arabia.

Alejandro Agag, Chairman of Formula E and CEO of Extreme E, who has made innovation a personal benchmark, comments from AlUla: “The time has come to go racing, and I can’t explain how proud and excited I am… I cannot wait to see some of the biggest names in motorsport go head-to-head in just a few days.”

Further outlining: “But Extreme E isn´t just a race for a trophy, it is about something much bigger, the race for our planet is real, and there is no finish line in sight. Through the power of sport, we look forward to highlighting some of the environmental challenges the world is facing and the solutions we can all take.”

The championship officially launched in 2019 has tackled a series of challenges while breaking ground in sports with its environmental purpose-driven concept.

Also, the unprecedented global pandemic forced the series to delay the start of the season by six weeks, and as a result, it affected the race preparations.

From its inception, the platform has been in constant development in a range of different areas in order to reach the starting line this weekend.

Extreme E will run in five remote locations on the planet affected by climate change, setting the first-ever X Prix in the desert location of Saudi Arabia, albeit the original travel route also went through changes in its calendar schedule. 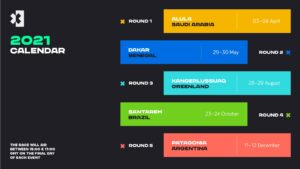 The second stop in the calendar will be Lac Rose, Senegal – the Ocean X Prix, scheduled for 29-30 May; then, the series heads to Kangerlussuaq, Greenland, to contest the Arctic X Prix on 28-29 August.

In late October 2021, the adventure continues with the Amazon X Prix in Para, Brazil, and from 11-12 December, the series celebrates the Glacier X Prix in Patagonia, Argentina.

The complexity of getting to the latter race region played a vital role in the decision taken. 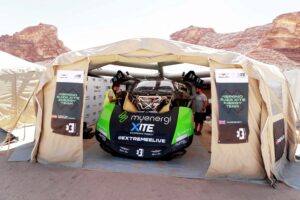 All nine teams will use the same spec-vehicle, the all-terrain ODYSSEY 21 designed by Spark Racing Technology, powered by Williams Advanced Engineering, which produces the battery.

But what about charging the fleet in such extreme environments? The answer to that question would come by the hand of clean hydrogen.

In that regard, seven-time FIA Formula One World Champion and Team X44 Founder Lewis Hamilton stated: “It´s going to charge the race cars with a zero-emission energy source, which I think is absolutely incredible, and hopefully we’ll start that ripple effect, and other industries will start going in this direction more also.”

First revealed to the public at the Goodwood Festival of Speed in 2019, the ODYSSEY 21 challenger has been put to the test in a series of private events and race simulations, proving capable of hitting 100km/h (62mph) in 4.5 seconds!

In January 2020, the prototype made its first outing in the legendary Dakar Rally, taking part during shakedown and at the final competitive stage on the rally-raid route, alongside participants in comparable ICE and hybrid vehicles.

Every race will incorporate two laps over a total distance of approximately 18 kilometers; the course centers around three canyons in the vast desert, which surrounds AlUla.

On Saturday, the Qualifying consists of two rounds of time trials with the team starting order decided by a draw.

On Sunday, the Finals Day features three car races according to the following schedule:

– The teams will be listed 1st to 9th place based on the total combined time of each team’s two Qualifying runs.

– The top three teams go into the Semi-Final, where the top two finishers claim spots in the Desert X Prix Final

– The middle three teams (4th, 5th, 6th) go through to The Crazy Race – where only the top finisher progresses to Desert X Prix Final

The Desert X Prix Final features the two winners from the Semi-Final and the Winner of the Crazy Race.

The races will not be open to spectators to minimize local impact.

All the nine outfits that have joined Season 1 will race side by side, featuring a mixed grid of 18 exceptional drivers.

Promoting gender equality is among Extreme E set of distinctive features. In that regard, each team will feature a male and a female driver´s lineup. Each pair will compete as a driver and co-driver, with the teams ultimately deciding which driver will fulfill each role.

Motorsport legend Sébastien Loeb joins Cristina Gutierrez representing the team founded by Lewis Hamilton. Gutierrez is the first Spanish female driver and the second woman to win a stage since 2005 on the Rally Dakar in 2021.

“El Matador” Carlos Sainz is the founder of the first fully Spanish team in the competition and will also be at the wheel of the ODYSSEY 21. The Spaniard has teamed up with five-time Enduro World Champion Laia Sanz.

Multiple DTM and FIA World Rally champion Mattias Ekström partners Claudia Hürtgen.  In 2005 Hürtgen won the VLN Endurance Championship, making her the first female to do so since 1998.

Founder 2009 Formula One World Championship Jenson Button will also act as a driver alongside Mikaela Åhlin-Kottulinsky. 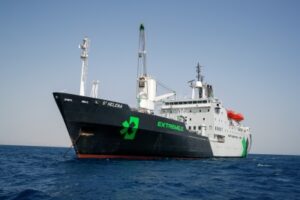 All vehicles travel onboard the Royal Mail Ship St Helena, which since 2018 underwent an extensive refurbishment process.

The ship encompasses 62 cabins on board, a Science Laboratory, and will serve as a logistics hub to the series.

The oceanographic laboratory will allow the independent Scientific Committee to do environmental research, a process documented in a Netflix style series.

Extreme E reinforces its commitment to the environment throughout legacy projects, aiming to leave behind a positive impact in the locations where the series will be racing.

The first Extreme E Legacy Programme project has been established in collaboration with The Nature Conservancy’s Forest Restoration program in Pará, Brazil. 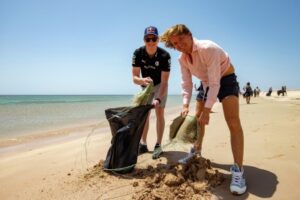 In Saudi Arabia, the Scientific Committee confirmed its support for turtle conservation along the Red Sea coastline in association with Ba’a Foundation, an organization focused on conserving the environment through initiatives entailing to preserve endangered species, natural habitats, and historical sites.

“Saudi Arabia is home to both a very young population which is eager for world-class events and sporting activities,” said Bader Alrabiah, Executive Director at Ba’a Foundation.

“However, it also has a natural habitat for some of the most beautiful and rare species, such as the endangered turtles we are trying to protect through this unique and creative initiative. This initiative is part of a full program at Ba’a Foundation to conserve marine life in both Saudi coasts – the Red Sea and Arabian Gulf.”

Through GridPlay, the fans can also play their role in the competition by voting twice per day via the Extreme E website and on Twitter.

The Teams with the most votes can select their spot on the starting line for the final race! 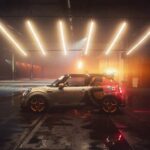 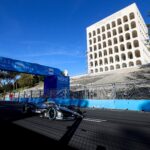 >> - Formula E: Rome Awaits to Meet the Men Who Will Conquer Glory in the Eternal City »