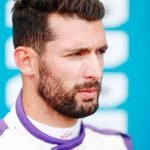 Jose-Maria Lopez has risen to fame in the motorsports world in the past few years, after he was focussing his efforts on racing series in his homeland of Argentina. In 2013, he won his first ever outing in the World Touring Car Championship which became his home in the years to follow. From 2014 to 2016 he was part of Citroen’s WTCC-squad and – even though he was the underdog next to his teammates Yvan Muller and Sebastien Loeb in the beginning – was able to win the title in all three years. He then made his move back to single-seaters in 2017 when he joined the Formula E circus with DS Virgin Racing.

Lopez can look back on an illustrious career in racing, first starting in the Formula Renault 2000 Eurocup back in 2001. Following another year in the series, he moved on to the Italian Formula Renault and won his first prestigious title. He went on to top off his success with another title on the Formula Renault V6 Eurocup the following year, before moving on to greater things in 2005 when he joined the GP2 championship. Even though he was only moderately successful due to several technical issues, he managed to score a Formula 1 test-drive in 2006. The next year, he made the switch to touring car racing, joining the TC 2000 series in which he stayed for numerous years. He became a big hit in Argentina, being one of the most successful and consistent drivers on the Argentinean touring car scene, before getting his chance in WTCC in 2013.Following three complete seasons in the series with Citroen – in which he won all three drivers’ championships, he made the switch back to single-seaters in 2017, more than 10 years after last competing in Formula cars.