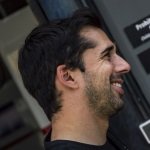 The Swiss born driver enters Formula E with Dragon Racing on the back of some remarkable success. Jani won the World Endurance Championship’s 24 hours of Le Mans in 2016 with his team Porsche to then go onto claiming the title.

Jani started his racing career racing in the Formula Renault 2000 Eurocup and Italian Formula Renault series in 2001, he raced in both formulae for another year. The Swiss driver then made his move up the junior ladder to Formula Renault V6 Eurocup in 2006 driving for Jenzer Motorsport, he finished the year in second place by just a mere four points. Continuing in the same series for another year, in 2004, Jani moved teams to DAMS stating to the press that “This year; it is win or it’s nothing.” He went on to finish fourth for the French team. In 2005 he made the move up to GP2 netting two race wins with team, Racing Engineering, however a short campaign of 4 races in 2006 with Arden was unsuccessful as the Swiss man gained no points. Rumoured with a reserve drive with Sauber, Jani was test driver for Toro Rosso in 2005. Various other rumours floated around the F1 paddock about Jani making a race debut or even gaining other roles but none of them became reality. Jani raced in A1GP for his country, Switzerland from 2005-6 to 2008-9 picking up the title in 2007-8 and two second places in both 2005-6 and 2008-9 respectively.

Also in 2007 Jani tried his hand in Champ Car that saw him finish in a respectable ninth with 231 points. In 2009 he then made his Le Man debut that saw him finish in 12th before being signed by Rebellion Racing of which he would race with in the race for 4 years that yielded a best result of fourth. 2012 and 2013 were Jani’s first full seasons in the World Endurance Championship before being signed by Porsche of whom he finished 3rd with in 2014 and 2015 respectively before winning the title in 2016 and racing in Porsche’s last season that has him currently in fourth place in the standings.