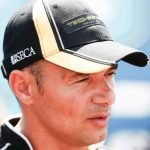 Stephane Sarrazin has raced for the Monegasque team Venturi Formula E ever since the the inaugural Formula E season, chosen by his team due to his vast experience in racing, before moving to Techeetah during the series’ third season. The Frenchman has already competed in a wide range of motorsport categories, ranging from single seaters to rally and endurance racing. His career highlights include a start at a Formula One Grand Prix, multiple podium finishes in the prestigious 24 Hours of Le Mans, and a third place in the World Endurance championship in 2013.

He began his career back in 1988, when he started racing in karts for the first time. Five years later, in 1993, he went on to race in the French Formula Renault which he was able to win just one year later. Afterwards, he took part in the French Formula 3 championship with a second place in the championship as his best result overall. In the following years, he was racing in Formula 3000 while also fulfilling his duties as a Formula 1 test driver.Starting 2003, Sarrazin started broadening his horizon and slowly started moving away from single-seater racing. He took part in the World Rallye Championship as well as the FIA-GT championship, ALMS, ICR and V8 Supercars. In 2012, he also made his debut in the FIA World Endurance Championship, in which he has been a core part ever since. In 2013 and 2016, he managed to finish the season in P3. Even though he has been racing in WRC and WEC as well as Formula E, the Frenchman has also shown great performances in the all-electric racing series. He has proven to be one of the most consistent drivers in the series but is still waiting for his first ever victory. In 2017, he is not just participating in rallies all over the world, but has actually become his own team boss, collaborating with Oreca and KCMG, making him a true allrounder.