Is electric the new sexy? 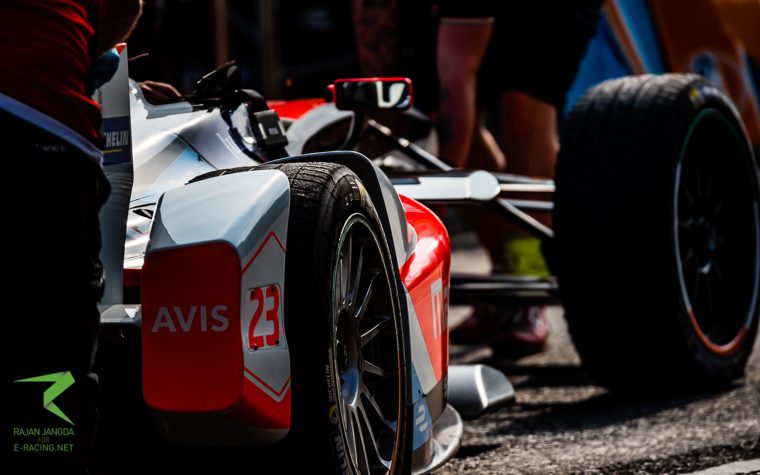 With the season finale in London’s Battersea Park only a few weeks away, e-racing.net editor-in-chief Antonia Grzelak reflects on the sensational journey that already lies behind the all-electric racing series.

Nearly two years have passed ever since Formula E first appeared on our television screens and introduced us to motorsport’s first proper electric adventure. Apart from providing first-class single-seater racing, the series around visionary Alejandro Agag also aimed to change the public perception of electric cars in general. With season two on its last lap, it is time to reflect on what the series achieved already and possibly, which actions must be taken to ensure the realisation of Formula E’s long term goal.

Formula E is special – in more ways than “just” its technological advancements. These days, we see a lot of racing series struggle to maintain their status as they fail to increase the necessary numbers. Even though Formula E might not yet be able to match the revenue scored by so many other racing series, it has realised something: feelings count more than numbers. The series seems to be motorsport’s very own tumblr, the latter being the Yahoo-owned social network site that does not always get the recognition it deserves but that offers people something more. More than just another website to engage with other people. A home if you want.

It might sound crazy and yes, also stupid, to suggest that the sport should be prioritised over the business-side of things but for one specific reason it is not: look how many racing series are struggling these days. It is not just Formula 1 that fails to build-up a unique identity and seems to slowly get lost in the sea of racing series around the world – only its heritage and name-sake still driving people to watch it.

Formula E is different. Sure, the business can’t compare to F1’s yet and the amount of fans seems small in comparison as well. But to be successful, Formula E doesn’t need to beat F1 – or any other racing series at that – especially not after just two years. What the series achieved already can be considered a small miracle, keeping in mind that when the series took people had the idea of a black-and-white picture in mind: either you would love Formula E or you would hate it. Reality proved critics wrong. Ever since the start, Formula E accomplished a nearly positive-only media coverage and has cities knocking on its door to host one of the already prestigious ePrix. Nevertheless, not everybody loves it. And that’s okay.

No matter what the season finale in Battersea Park will bring and whether it will be Lucas di Grassi (ABT Schaeffler Audi Sport) or Sebastien Buemi (Renault e.Dams) who clenches the title in the end: Formula E’s second season has been even more eventful and sensational than its 2014-2015 counterpart. Fans can’t get enough of the exciting racing the series provides (and neither can I) so here is your chance to relive all the breath-taking highlights of two years of Formula E so far.

As fantastic as the series might be, the question remains: is electric the new sexy? It’s not only about whether people are starting to appreciate Formula E for its all-electric approach towards racing but the question also implies whether Agag’s vision of changing the way people think about electric cars in general is coming true, too. It is no secret that electric cars are on the rise globally at the moment. A recent study by the International Energy Agency (IEA) shows that EV sales have gone through the roof (see Figure 1) especially thanks to dropping battery prices and public subsidies. And while EV sales saw an immense growth ever since Formula E hit the road for the first time, it would be wrong to connect the EV success story with the all-electric series.

The graphic is part of the Global EV Outlook 2016 by the International Energy Agency. To see the whole report, go here.

At the same time, it would be wrong to deny Formula E any share on the new image that is emerging concerning the electric car. A survey e-racing.net conducted at the end of last season showed that 82% of the correspondents are more interested in electric cars thanks to Formula E and about 70% would consider buying an electric car themselves now.

Asked to describe electric cars in three words, the majority of participants went with “clean, innovative and quiet” supporting the positive image Formula E wants people to connect with EV’s in general. It would be wrong to ignore the whole picture, though. Looking at the negatively-connoted adjectives appearing in our survey, it looks like the prices of electric cars are one major hurdle to take to make them more interesting for the broad public. The range and speed are other big factors.

[pullquote align=”right” cite=”” link=”” color=”” class=”” size=””]Nelson Piquet JR: “We’re definitely not there yet, there is a lot of development that needs to happen, but for sure it is the future.”[/pullquote]

Asked whether the public perception towards electric racing and electric cars has changed since the series began, NEXTEV TCR driver and reigning champion Nelson Piquet Jr said: “We’re definitely not there yet, there is a lot of development that needs to happen, but for sure it is the future. We see more and more electric vehicles in development and it’s an area that all the car manufacturers are looking into. I think we will see more people turning to electric vehicles as the technology develops and improves.” The Brazilian hits the nail on the head: there is still room for improvement but Formula E’s mission to make the world a better, greener place is definitely on the right path.

Whether electric is the new sexy, is something that only time will tell. After decades of living and breathing petrol-powered cars (especially on race tracks), people need time to adjust to something as innovative and different as Formula E. Nevertheless, the series proved to be not only a highly-regarded form of racing but a home for a new bread of motorsports fans as well. And while electric may not be the new sexy just yet, it is definitely the new desirable. Something you think of highly but that still requires a leap of faith to become a more integral part of your life.

This article has been sponsored by Avis. 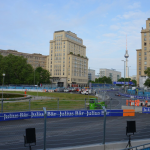 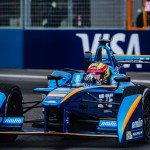