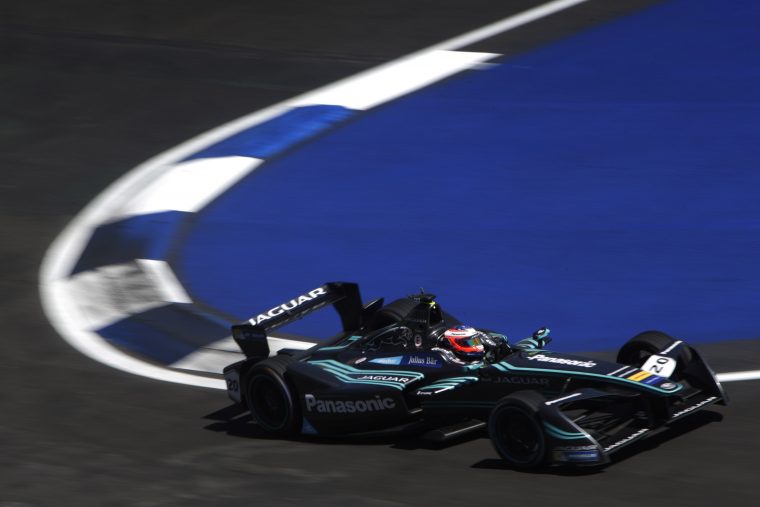 In just its fourth race since joining the FIA Formula E Championship, Panasonic Jaguar Racing scored its first double points finish in a dazzling race at the Mexico ePrix. Both Adam Carroll and Mitch Evans put on a satisfactory performance as they both managed to collectively score 16 points, gaining the team a ninth place position in the team standings.

In a drama-filled race at the Autodromo Hermanos Rodriguez, the British team persevered amid the chaos by efficiently managing their energy levels and perfecting their pit stop strategies.

Both drivers started off the race side-by-side on the grid, with Carroll in P10 and EVans in P11. They worked through the race to maintain their positions within the top ten, scoring the team their first ever points finish and in the process proving that the newbies are most certainly catching up to their rivals.

“A great result for the team. We had a solid strategy today and kept our cool by managing our energy and racing hard. We’ve made another step forward since Buenos Aires and have learnt more valuable lessons. Both Adam and Mitch raced really well and showed pace when they needed to.

“To get ourselves to this position after only four races is a good sign of what is to come but we are very realistic on what we need to build on. It is a huge boost for everyone in the team and has put a skip in everyone’s step. For a new team it gives you energy and it is a bit of payback for the long hours and effort that everyone has put in. Monaco is going to be a really interesting race with both Mitch and Adam having raced in the principality before and we can’t wait to get to the European leg of the championship.”

A fourth place finish for Evans proves to be his strongest performance for the Panansonic Jaguar Racing team so far.

The New Zealander managed to manoeuvre his way through the collision between both Mahindra cars and Nicolas Prost’s Renault e.dams during the last few laps to emerge into fourth position, the highest finish for the British team since their debut.

“Today was a crazy race from lap one. I managed to overtake Esteban Gutierrez on the straight and lined up behind Adam. After the first safety car we got into a nice rhythm and I ran on really good energy levels and a strong pace. Adam and I were on slightly different strategies, which opened up the opportunity for me to overtake him.

“The race got quite juicy towards the end with both Mahindra cars and Nico Prost crashing into each other, I don’t know how my I-TYPE didn’t sustain any damage. I was very lucky.

“To finish with double points today is huge for the team. We came so close in Buenos Aires and everyone has worked incredibly hard since then, so it’s a massive reward for everyone at Panasonic Jaguar Racing.”

The Northern Irishman showed good pace and consistent driving throughout the entire race and worked hard to maintain himself within the top ten positions.

An eighth place finish allowed him to score his first ever points finish for the British team.

“For our fourth race ever, it’s a really positive day and reward for some long days. It’s a complete team effort and a fantastic day for Panasonic Jaguar Racing. Hopefully, this is the start of more to come but we are also keeping our feet on the ground and we still have a lot to learn in this championship.

“The reality is this championship is very competitive, so to just score points, especially for a new team is a big achievement. So for both of us to score points today is absolutely brilliant.” 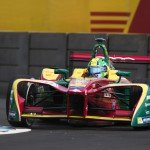 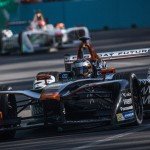