Herbert: “You’ve got to move with the change” 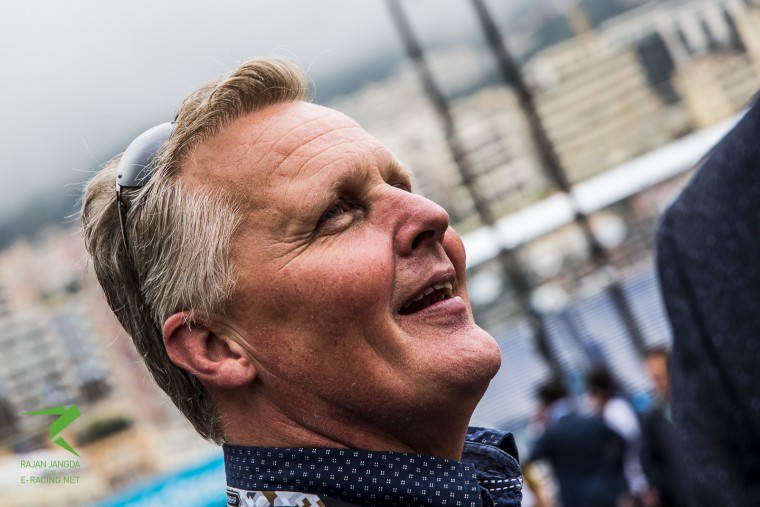 On his first ever visit to a Formula E race at the Monaco ePrix, former Formula One driver Johnny Herbert shared his views with Noor Amylia Hilda on the all-electric championship and how it welcomes drivers looking for a different sort of challenge.

Hunting down Johnny Herbert in the pit lane is quite an easy task because there’s always some sort of congregation around him. The former Formula One driver is a very popular figure in motorsports and there’s no question why – he’s a lovely guy to be around and always brings a sense of fun to the paddock.

But those who followed Herbert’s racing career would know that the man is a huge source of inspiration and a hero to many.

His journey to Formula One was a unique one. He spent over 10 years at the pinnacle of motor racing with teams such as Benetton, Lotus, Sauber, Stewart Racing (scoring them their only GP win at the Nürburgring in 1999) and Jaguar.

With three GP wins and seven podiums to his name and not forgetting an illustrious career in sports car racing, most notably winning the Le Mans 24 Hours for Mazda in 1991.

He has achieved more than most drivers at his level despite enduring life altering injuries in a F3000 crash at Brand’s Hatch in 1988 just before his Formula One career took off. You’d struggle to find another driver possessed with as much steely determination and self-belief as Johnny Herbert.

Recently Herbert was in Monaco to get a bit closer to the action after following Formula E on the telly.

“I just wanted to see one live and to see what it was like, because on TV it’s always different and I was impressed,” said Herbert. “The first thing I noticed when I got closer…you can really hear the whine of the transmission and it was noisier than I thought actually.

“I think that shows that they’re pushing them to the limit and there was skill that they’ve been able to get right.”

Herbert, who is also an analyst for Sky F1, took some time off his usual TV schedule to visit the Formula E paddock that weekend as a guest of Faraday Future Dragon Racing. I asked what he thinks of the all-electric championship now that he’s gotten a bit more insight on the series as we chatted in the American team’s garage.

“It’s another form of motorsport and it’s technology that we’ll be seeing in road cars. Formula E fits in very well as another single seater series with some great drivers and some have been in Formula One such as [Lucas] di Grassi, [Jerome] d’Ambrosio and [Nick] Heidfeld and I think it’s good that you have those drivers who’ve got the experience and also the drivers that didn’t quite get there, like Sam Bird for example, although Sam’s been doing a good job here as well.

“Then you’ve got [Sebastian] Buemi and the rivalry with di Grassi at the moment, and you had the great races in Argentina and Mexico which was nice to watch.”

However, Herbert acknowledges that Formula One is still at the peak of technology in racing.

“With Formula E, it’s a different type of concentration because the car is moving around, so it’s easier to make mistakes. I think that’s a good challenge and it’s something you have to think of it in very a different way such as how you adapt to how a car is feeling.

“You have to understand about the different settings because of the battery unit and of course the power is good at the beginning but then the battery starts to go down, then the energy management comes into play so it’s like that in Formula One as well, so it’s not any different, it’s just slightly different, but it’s not really any different because you’re still driving to that edge and the edge is no different.”

Would he ever have joined the championship if it was around when he was still racing?

“It’s a difficult thing, because obviously, my journey when I was in karting was always to get to Formula One and as I’ve said, Formula One is always the top of the tree, so that’s where you’re gonna aim.

Although Formula One is still the pinnacle of racing for now and most likely for a very long time to come, it may not be the be all and end all with the existence of championships such as Formula E around now.

“So the quality is very, very high and the racing is exciting at the same time. The journey to Formula One is different to the Formula E journey, because Formula One is still the biggest and the best. It’s the most difficult, gruelling, mentally draining Formula that’s out there, so that’s what you’re gonna aim for.”

Not surprisingly, the bulk of opinions often heard is the lack of noise of Formula E that presumably makes it less exciting compared to other forms of racing, but according to Herbert, it’s all a matter of different people’s tastes.

“In Le Mans, we overtake all the time, and then you get people who like British Touring Cars and they’ve been to all the races in England to watch the races and they don’t like Formula One because there’s a bit more bump in touring cars and there’s a bit more knock-it-off the circuit and there’s more overtaking…so everyone has a different interest in different sports which is absolutely fine, but Formula E is a different sort of challenge in a different sort of way and it’s also an engineering challenge.”

That said, Formula E has been garnering interest amongst the younger crowd, is there probably something other racing series can learn from this to gain more viewership?

“I don’t think it’s particularly learning, I think it’s more common sense to have more people interested and you have to allow them to see a driver for example.

“You get it here and you get it a little bit in Formula One such as the track parade and the autograph sessions but that’s pretty much all you get in Formula One but it’s about making new ideas and with Liberty Media now, there is a talk of change and it’s not because of Formula E, it’s just because it’s a time for change.

“We live in a different world than we did 20 years ago. The younger generation, they have an attention span of one second,” he laughs.

“When I was racing we had mobile phones but we didn’t have internet then, we had a fax machine, we had telex, but no internet so it’s completely changed with mobile phones. The mobile phone I had was a Nokia, the one where they’re trying to bring back now,” he says with a chuckle.

“Times are changing and you’ve got to move along with the change just like combustion engines – they’re here for a good few more years yet but that’s gonna change and there’s going to be batteries or it’s gonna be hydrogen and combustion.

“Nobody knows where exactly the future is gonna go, but its gonna change and you’ve gotta move with the change.” 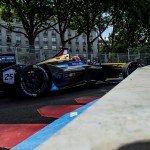 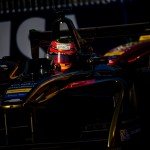 >> - Gutierrez confirmed as replacement for Bourdais »