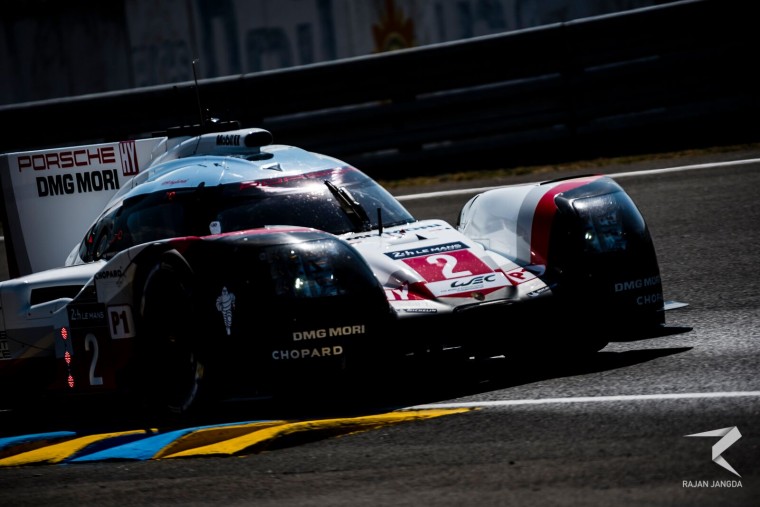 A race that will go down in history as one of the most unpredictable and attrition-filled in history, with the #2 Porsche of Timo Bernhard, Brendon Hartley and Earl Bamber recovering from an early setback to take a thrilling victory at the 2017 24 Hours of Le Mans.

Extreme heat at the fabled French race caused a multitude of problems for the LMP1 Hybrids, with the #2 Porsche only oneof two finishers from the top category as the #8 Toyota Gazoo Racing of Sebastien Buemi, Anthony Davidson and Kazuki Nakajima fought through their own issues to take ninth overall and important points in the championship from finishing second in the LMP1 class.

The #4 ByKolles was the first retirement of the day, with other LMP1 teams suffering mechanical issues and car damage and dropping like flies as it started to look like not a single car from the top category would finish the race.

The #2 Porsche and #8 Toyota both managed to return to the action, with Bernhard, Hartley and Bamber doing everything in their power to chase down the pack and eventually retake the lead from the #38 Jackie Chan DC Racing of Panasonic Jaguar Racing reserve Ho-Pin Tung, Thomas Laurent and Oliver Jarvis, who for a while looked set to take an improbable overall victory in an LMP2 car.

In a hotly-contested LMP2 field, Jean-Eric Vergne in the #24 CEFC Manor TRS Racing, teamed with Tor Graves and Jonathan Hirschi, was only able to take seventh in class ahead of the Toyota LMP1 of Buemi, Davidson and Nakajima.

The #71 AF Corse of Sam Bird, Davide Rigon and Miguel Molina started the 24 hour race fourth in the LMGTE Pro class and expected to move forward, but after an anonymous race crossed the line fifth in class with the #97 Aston Martin Racing of Jonathan Adam, Darren Turner and Daniel Serra taking the GT honours.

Four Formula E drivers were among the retirements from the endurance race, with the LMP2 pole sitters of Alex Lynn, Roman Rusinov and Pierre Thiriet forced out of the race by a mechanical issue having looked the favourites for victory in the LMP2 class.

After setting a new lap record in qualifying, the #7 Toyota of Stephane Sarrazin, Mike Conway and Kamui Kobayashi was only one of the LMP1 casualties in the searing heat of Le Mans, while the #9 Toyota of Jose Maria Lopez, Yuji Kunimoto and one-time Formula E tester Nicolas Lapierre suffered car damage and ultimately had to retire.

With another edition of the epic 24 Hours of Le Mans now in the books, the drivers now look ahead to the comparitively-short 6 Hours of Nurburgring on 16 July, which is set to cause havoc with the Formula E calendar due to a clash with the double-header New York ePrix, with championship leader Buemi set to be one of the ones affected. 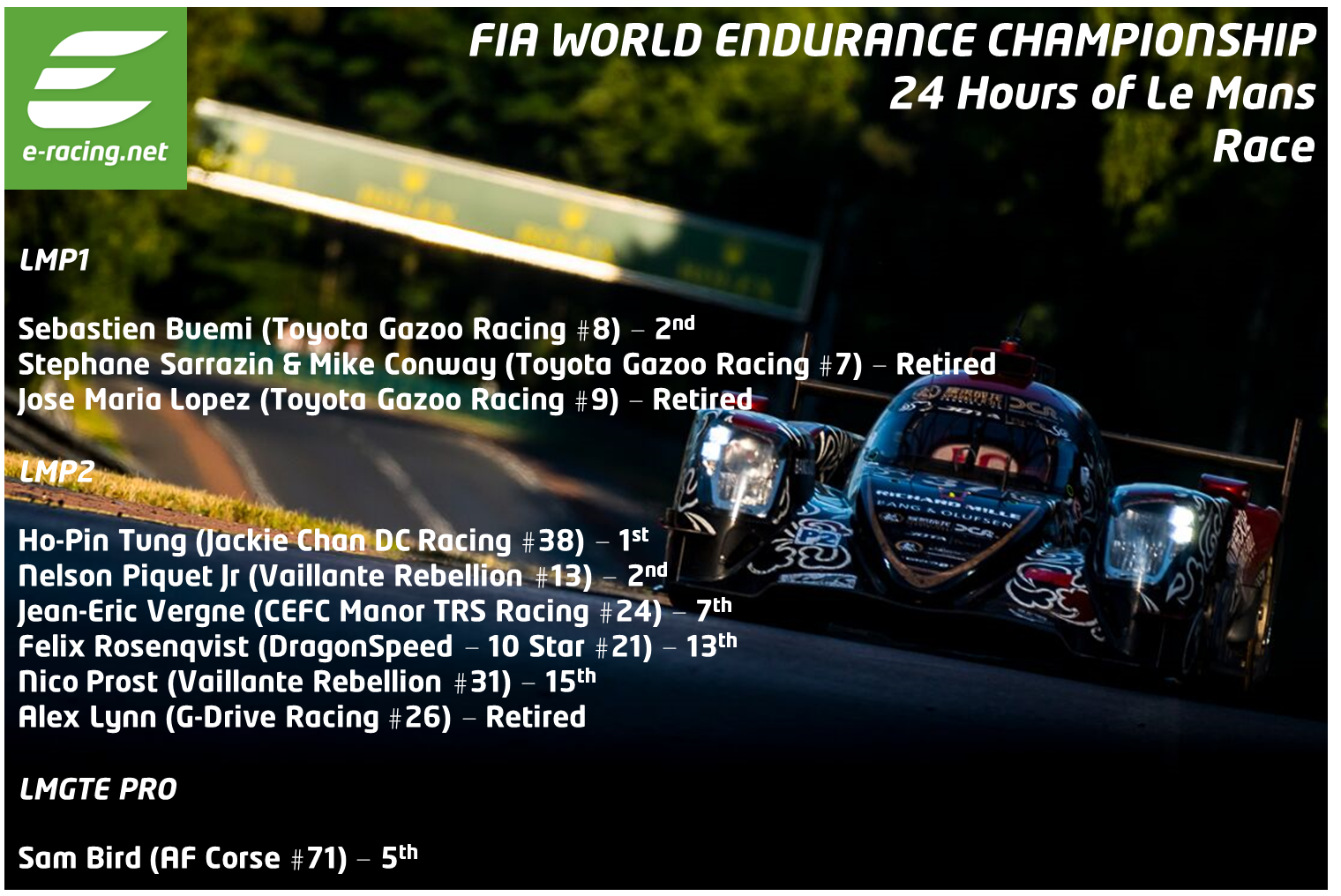 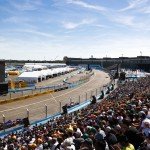 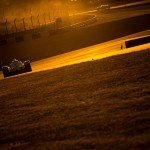