In The Garage: Franck Baldet 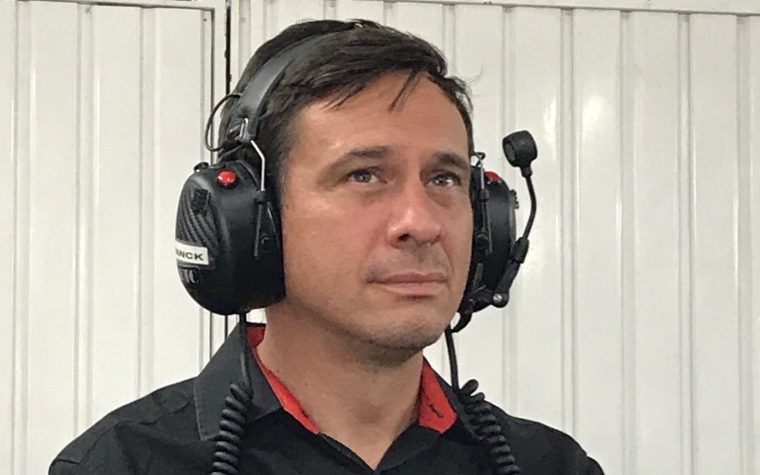 We get to know some of the key players inside Formula E’s team garages. This time, we speak to Venturi’s Technical Director as he explains a day in his life within the Monegasque team.

A Technical Director is an integral part in determining a team’s performance during a race weekend. But just what does the job entail? As we found out with Venturi’s Technical Director Franck Baldet, it’s all about ensuring everything is in tip-top condition for the team to perform at its best every race weekend but it takes a whole lot of skill and experience to get the job done.

Baldet, however has more than just the right qualifications to do his job justice. Having joined Venturi seven years ago, he’s in charge of overseeing the technological development of Venturi’s electric vehicles and is known for his eye for detail, “When Formula E started, our president Gildo Pastor pushed all of our current team to work for Formula E. So, we began our experience in motorsport from season one and this is our fourth year. We are still a young team but we have learned a lot during these last four seasons.” Says Baldet when we met at the team’s garage in Hong Kong before the season opener began.

Baldet is not only just involved with Venturi’s Formula E team, he is also overseeing the Venturi VBB-3 land speed record projects, headed by the project leader and Venturi Team Manager Delphine Biscaye. Another big project he’s involved in is Venturi’s Antarctica program, an EV operated snow-track vehicle expedition to extreme conditions where no combustion vehicles have gone before.

So, what’s a typical day back at the office like for him?

“Due to my work as a director, I try to arrive early in the office because it’s still quiet and I can go through my emails or go through some details. When people start to come in, then we will start the meetings and discussions on the VBB-3 and also on Formula E as well as the Antarctica program that we’re pushing very hard. We’re focused on these projects and working on them in parallel with Formula E.

Although, today in Hong Kong, the focus is entirely on the all-electric series and the work day goes by at a faster pace than it does back at home in Monaco.

“There are some moments for the team, like on Wednesday until about Friday afternoon where it’s not as stressful as on Saturday where it’s all very compact. On Saturdays we have to do the free practice, solve the problems or increase the performance, then it’s the free practice to qualifying and the race all in a very short time.” He explains.

“The difference between working at the headquarters and at the race is that when we are in Monaco, first we have the sand and the sea…which is a bit like Hong Kong.” He laughs, “we have more time to reflect on things so it’s more about communication with the guys and engineers. When we are at the track, it’s more operative and we are already prepared for the race from Monaco where we make our main plan.

“When we arrive on the track, we know 90% what to do and what is our job here. The last 10% are the last minute changes and for us to be quick in thinking and solving whatever challenges that could appear during the race.”

Baldet also brings with him nine years of experience from Ferrari in GT racing where he was their Senior Performance Engineer.

“I was lucky when I was working with Ferrari in GT because my mission was to take the technology from Formula One and bring it to the road car. Today, because of the electric motor, I am doing the contrary.”

In terms of technology development, Baldet admits that Formula E brings a refreshing change to the motorsport scene.

“Today the motorsport car for us is a laboratory, it is an accelerator of technology. We are improving the electric motor, the inverter, the battery in a very short time rather than in a road car where it takes about four years to create a completely new car.

“While in Formula E, every year it’s a completely new car so this is a challenge and it also pushes us to the limits in a very short term way. It really is an acceleration of what we can improve for the electric system of the car and this is one big difference between road (development) and motorsport.

“The second difference is that in motorsport you have engineers that are looking into the details of the car and they are also changing parameters during the day of the race. While on the road car, the challenge is to make the road car where you have no engineer behind it and the car must be at the top of the performance, so you have to think in a different way.” He explains.

“The advantage of motorsport is that you have one driver per car but in GT, lets say you have one car to sell to different clients and you also have to merge and take into consideration the differences between all those driving styles. So, in a certain way motorsport is easier because we only have to focus on one car but the difficulties is that we want to boost the performance and that it is to be at the limit. So this is where the challenge in motorsport is difficult to do.”

Despite the pressures the Monegasque team faced in the previous seasons, Venturi has managed to make an impressive step forward when they had their strongest weekend yet in Hong Kong. Rookie driver Edoardo Mortara scored the team a second-place finish on the podium in round two after leading for the first 42 laps only to be stopped short of victory due to a minor driver error. Meanwhile Maro Engel landed a points finish at seventh place. In just the first two opening rounds of Season four, Venturi has managed to score 30 points, equalling their entire points total in season three.

“Last season, we had a difficult start more or less because we had a huge reliability problems on the gearbox, then in the middle when we fixed our the problems we were at the base of the other ones.” Says Baldet.

“We had some bad luck with some strategies that maybe weren’t great and we didn’t score as much points as we thought we would. This year, we made a completely new car from scratch with a new inverter, new motor, new gearbox and new suspension. The first car was not so bad but now we can identify the points that we could improve and obviously by making all these changes we are planning to be better and we we would like to win, as everybody else here.

“I think we will show what we can really do.” He says when asked about his expectations for the team this season. “We kept one very experience driver from last season, Maro has a huge background and is very fast and he’s already showed it last year in Monaco and Edoardo is a very fast driver and he has to learn Formula E but he has a huge potential.”

As we’ve seen in the first two rounds in Hong Kong, there’s no denying the Venturi team have definitely upped their game for this season. 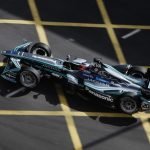 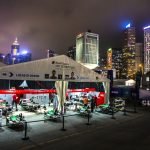