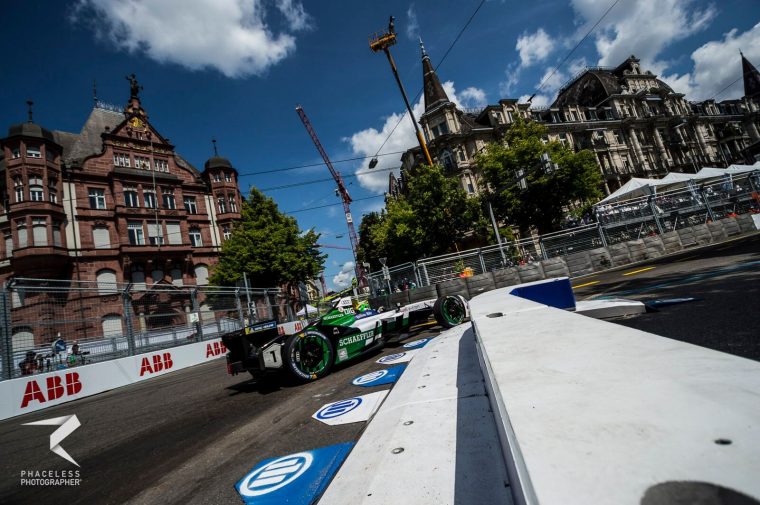 Lucas di Grassi stormed to his first victory of the season after his rivals fell away with a barrage of drive through penalties, with Sam Bird closing the gap to championship rival Jean-Eric Vergne while Jerome d’Ambrosio picked up a surprise podium for Dragon Racing.

Starting from sixth on the grid, di Grassi clawed through the field and started to challenge Mitch Evans and Andre Lotterer for the lead, eventually taking first.

There was plenty of action throughout the field, starting with a collision between Nelson Piquet Jr and Daniel Abt which led to both being shown the black flag with orange disc, as Piquet had lost part of his front wing while Abt’s entire rear wing came off.

The first retirement came in the shape of Edoardo Mortara, who broke his suspension on the kerbing of turn nine and was forced to pull off the track.

Meanwhile, Vergne had been on the move overtaking car after car from 17th on the grid, and was in the process of overtaking Felix Rosenqvist when the Swede slid wide into the barrier. The ensuing damage to the Mahindra worsened at the next corner as the front wing fell off and littered the track, eventually being hit by Vergne on the next lap and leading to the deployment of the full course yellow.

The drama intensified as it transpired that five drivers were under investigation for speeding under the full course yellow, and all of them were in the top ten. Pole sitter Evans, Lotterer, Vergne, Jose Maria Lopez and Sebastien Buemi were handed drive through penalties, thus changing the complexion of the race.

While everything unfolded behind him having taken the lead prior to the pit stops, nothing could stop di Grassi as he crossed the line to take his first victory since Montreal 1 in season three. The raft of penalties also allowed Bird to take an important second place while title rival Vergne could only manage P10 after his penalty.

Through the chaos and penalties, d’Ambrosio kept his nose clean and came home to a surprise third place, despite increasingly intense pressure from a recovering Lotterer.

Buemi recovered from his penalty to finish his home E-Prix in fifth place ahead of Nick Heidfeld, another beneficiary of the drive through penalties while Evans managed to add more points to his tally after starting from pole.

da Costa drove a clean race to take eighth place, while Turvey and Vergne rounded out the top ten.

The results drops the gap between Vergne and Bird from 40 points down to 23 with 58 up for grabs in New York City, the duo are now the only drivers who can mathematically take the title in the season-ending double-header. 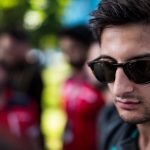 - << « Victory the only aim from pole for Evans 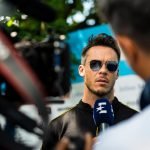