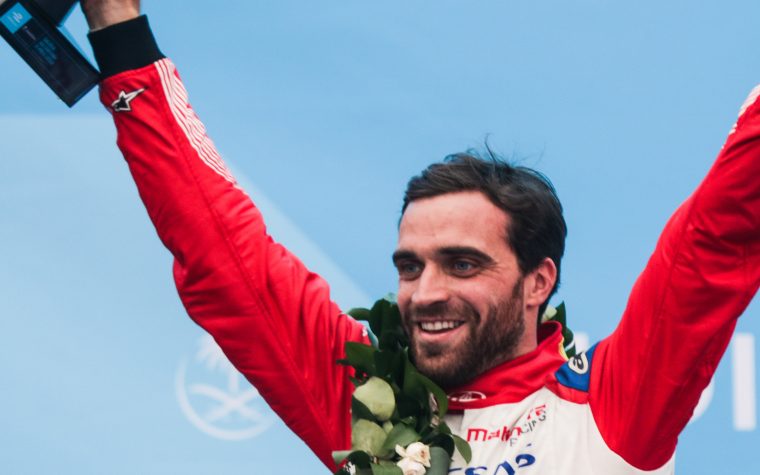 Jerome D’Ambrosio feels the embrace of lady luck, as a breath-taking BMW i Andretti Motorsport meltdown plus a late safety car hands him victory ahead of Robin Frijns and Sam Bird.

The race began with the expectation of a Techeetah win; Jean-Eric Vergne had been a frontrunner throughout the day’s sessions, but a much too overzealous lunge down the inside of Bird sent him spinning towards the back of the grid. Sebastien Buemi, another favourite for the win became embroiled in the ensuing melee, and dropped down to 13th.

The big gainers through the first lap carnage were the BMW i Andretti Motorsport pair of Antonio Felix da Costa and Sims, finding themselves nestled within the top four, as well as Lucas Di Grassi (Audi Sport ABT Schaeffler) and d’Ambrosio (Mahindra Racing). His teammate Pascal Wehrlein meanwhile straddled the kerb, was hit from behind and ended up retiring due to damage caused. It was a desperate way to end his debut E-Prix, although his Mahindra Racing team would be forgiven for not minding with the rubber settled.

Stoffel Vandoorne and Gary Paffett (HWA Racelab) both followed him into the retirement zone, their team putting it all on black only for Marrakesh to spin the table red. Up at the front, an entertaining battle quickly formed, as BMW i Andretti Motorsport went to war with Envision Virgin Racing for the victory. Da Costa managed to get back past his teammate Sims, and lead his cavalry into war with the purple enemy ahead of him. But Bird had no designs on backing off, instead defending with every inch he had. On more than one occasion he thwarted the best laid plans of da Costa, that is until he could fight no more as he ran over the escape road. This allowed Sims through for a BMW 1-2, and over the coming laps the stranglehold looked unassailable. Behind the leading pack, Buemi was struggling to make up lost ground, while Vergne was having less issues.

The Audi Sport ABT Schaeffler cars of di Grassi and Abt were beginning to reel the leading quartet in, while behind them Maximilian Gunther opened the floodgates by taking his first Attack Mode 25 minutes in. Abt was the next to follow suit, and it allowed him progress and a couple of positions, but the top quartet still looked comfortable. But then, Bird’s soaring machine began to morph into the albatross around his neck. Energy management issues left him vulnerable to those behind, and before long not only had his teammate Frijns taken his third place, d’Ambrosio and di Grassi were making moves too, while Jose-Maria Lopez (GEOX DRAGON) pulled off an impressive around-the-outside move on Abt.

The Envision Virgin Racing team began to realise they were being sucked into an impossible void, unless they thought outside of the box. Both Bird and Frijns took on their first usage of Attack Mode, but found themselves bottled behind the di Grassi-d’Ambrosio battle up ahead. They were left with no option but to use it for a second time in quick succession, and try to make sure they were not vulnerable to the likes of a charging Abt and Vergne behind.

The 1-2 up front looked secure as a bank vault, and the pair would not risk any funny moves. Neverthelss, locking up while attempting an outside move on da Costa, Sims turned into his teammate who had himself locked up, and sent the championship leader careering into the barrier. Sims was able to carry on in fourth, but it was a costly and inexcusable set of events given the lucrative nature of a 1-2. This left d’Ambrosio starry eyed and daring to dream. He’d had two victories before, but should he hold on for ten more minutes, this would be his first won on track, and not because of post-race penalties. And the late safety car, brought out to clear da Costa’s car, aided his desires immeasurably.

Sims was the most clever with his Attack Mode activation, waiting another lap behind the safety car longer than anyone else, which left him as the only one able to use it when they were given one more lap. Ultimately, however, it mattered not; Bird put up a staunch defense, and kept Sims at bay.

Contentious crash or not, it was a fine and deserved victory, both for d’Ambrosio and Mahindra Racing. Second in the Constructors’ table, and with a genuine shot at big results this year, they as well as the others helped put on an exhilarating show. 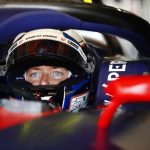 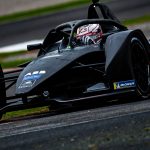