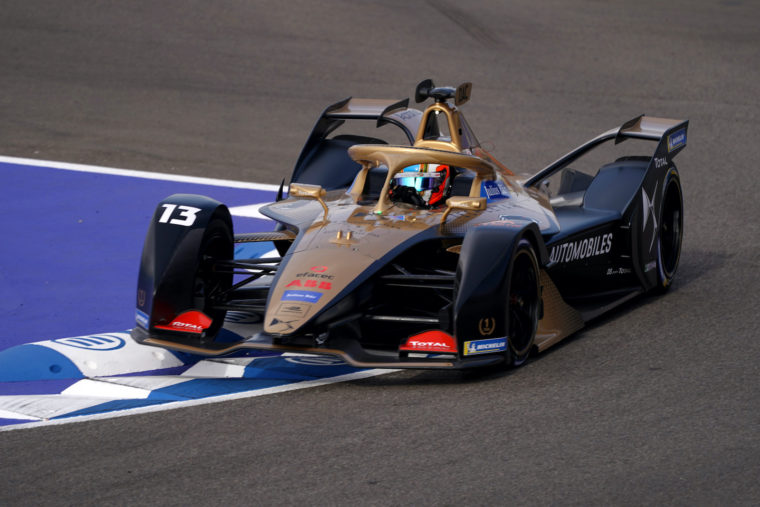 In what was one of the closest qualifying sessions of the season so far, it was DS Techeetah’s Antonio Felix da Costa that scored his maiden pole for his new team this season ahead of Santiago adversary Maximillian Günther and Porsche’s Andre Lotterer, with the top three being separated by less than a tenth of a second.

Group 1 saw the top 6 in the driver’s championship take to the track for what in theory should be the disadvantageous sessions due to track conditions. The track has been rubbering up all weekend as well as sand being blown around the circuit making it unpredictable. The drivers came out relatively early in the opening group in search for grip, doing a preparation lap before a full 250kw lap, apart from Antonio Felix da Costa and Mitch Evans who jumped straight into fast laps. It was Jaguar’s Evans that shockingly missed the flag before the time ran out and didn’t set a lap time, meaning the championship leader will be starting from the back in today’s race. But it was DS Techeetah’s Da Costa that set a lap of 1:17.640 to go fastest in group 1 ahead of Sims and di Grassi, with Sam Bird and Stoffel Vandoorne fourth and fifth respectively.

Group 2 saw the heavy hitter of Jean-Eric Vergne as well as Andre Lotterer, Oliver Rowland, Nyck de Vries, and Edoardo Mortara. It was Maximillian Gunther that went fastest with a 1:17.562 and bumped di Grassi, Bird and Vandoorne from Superpole, as Lotterer, Rowland, de Vries and Mortara making it in, and leaving Alexander Sims on the bubble by just over one hundredth of a second.

In group 3 we had Sebastien Buemi, Robin Frijns, Pascal Wehrlein, Jerome d’Ambrosio, Daniel Abt and James Calado. It was Jaguar that played the waiting game once again, leaving Calado to set a single flying lap. But in reaction to Mitch Evans missing the flag in group 1, they sent Calado out a little earlier and the Englishman set a lap time good enough for a provisional eight place. It was Buemi from this group that made it into Superpole and pushing Alexander Sims out. Overall a very slow session with some disappointing times. It was later revealed that Envision’s Robin Frijns tapped the wall on the exit of turn 10 which lost some time.

Group 4 has the drivers currently occupying the last six positions in the driver’s championship, with Neel Jani, Brendon Hartley, Nico Muller, Oliver Turvey, Ma Qing Hua, and Felipe Massa. At the end of the session, it was none of the drivers that could trouble the top 6, with GEOX Dragon Racing’s Brendon Hartley that clocked the 12th fastest time. This left Günther (who gets the one bonus point for fastest lap in group qualifying), Lotterer, Mortara, da Costa, de Vries, and Buemi to contest the pole position shootout.

First up in Superpole was Nissan’s Sebastien Buemi, and the Swiss former champion set an initial benchmark of 1:17.811 after having many moments running very close to the wall on his flying lap. Formula 2 champion Nyck de Vries was up next, and the Mercedes rising star went to provisional pole with a 1:17.590 after a blistering middle sector. Antonio Felix da Costa was next up to take a stab at the timesheet, and the former BMW man set a blistering lap to go fastest overall with a 1:17.158, a full 4 tenths faster than de Vries’ time. Venturi’s Edoardo Mortara was next up, and the Swiss-Italian driver managed to go third with a solid lap that split de Vries and Buemi. Porsche’s Andre Lotterer was up next, and the Mexico City pole-sitter set a lap time good enough for a provisional front row spot, less than a tenth from da Costa. Just Maximillian Günther was left to run for BMW, and the 22-year old German was just 7 hundredths slower than pole position man da Costa after setting the fastest middle sector, but a lock-up into the penultimate corner lost the time. The Portuguese Techeetah man gets the valuable 3 bonus points that will definitely help him at the sharp end of the championship. 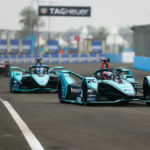 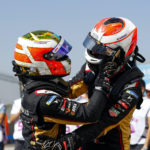