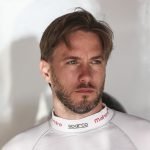 German driver Nick Heidfeld is one of the most experienced competitors on the Formula E grid, having started 183 races in an F1 career that spanned 12 seasons. He started his Formula E adventure with Venturi Formula E, before he moved on to Mahindra Racing in season 2. He has been with the India-based team ever since ans is responsible for a lot of their success.

The Mönchengladbach native had a glorious junior career, winning titles in German Formula Ford, German Formula 3 and International F3000, plus triumphing in the Monaco F3 Grand Prix. After acting as a test driver for McLaren, he got his F1 race debut for Prost in 2000, the team owned by e.Dams Renault co-founder Alain Prost. After one season with the French outfit in which he failed to score a point, he then switched to Sauber, experiencing a successful 2001 withthe Swiss team in which he took one podium and finished 8th in the drivers’ standings. The next two years were tougher, however, and a move to Jordan followed in 2004. After a year with just three points being scored, he was on the move again in 2005, joining Williams. A better season would follow with 11th overall and 28 points, before a move back to Sauber for 2006, now a BMW factory team. With BMW Sauber, he experienced four successful seasons – scoring eight podiums and finishing 5th overall in 2007 as a highlight. After leaving the team prior to 2010, he returned for the last 5 races of the season in place of Pedro de la Rosa. 2011 saw a move to Lotus Renault, however he was dropped mid-season, ending his F1 career.

Following on from his F1 career he moved to the World Endurance Championship and also found a seat in Formula E with the Venturi team, where he was poised to win the first ever all-electric race before a wild move from Nico Prost sent the German barrelling into the barriers. A maiden podium came in Moscow, before moving to Mahindra for season two where he has picked up six podiums for the team and registered a career-best seventh in the standings in season three. He stays with the Indian squad for season four and aims to finally take his first victory in Formula E.