Another disappointing race for NEXTEV 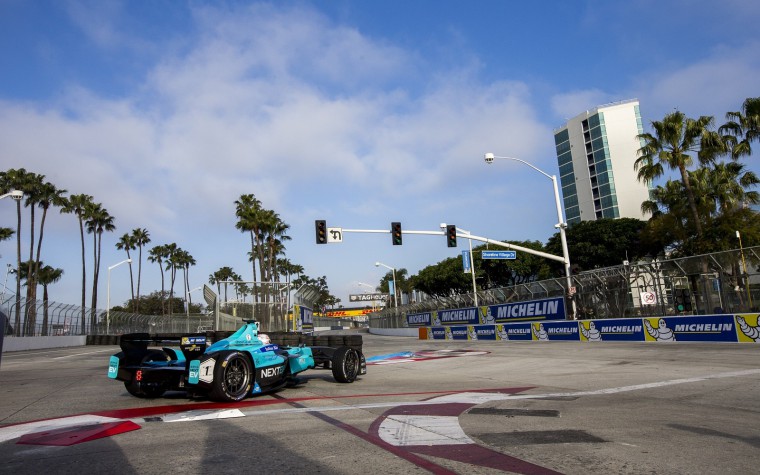 Long Beach wasn’t what it was last year for the Chinese team: having won in 2015, Nelson Piquet Jr. had to retire; whilst Oliver Turvey did his best and only could make it to 12th position. A race to forget for the team.

Race day didn’t look very promising from the beginning for NextEV TCR. Oliver Turvey couldn’t achieve good results in qualifying and Nelson Piquet Jr. wasn’t able to leave the pit in one of the sessions due to problems on his car. The team went to qualifying with a few hopes, but still aiming for better results during the race.

Oliver Turvey, who was in Group 1, got P13, after Da Costa’s disqualification; whilst Piquet Jr., in Group 3, suffered a penalty and had to start from the 17th position on the grid. When red lights went out, a disappointing race began for NextEV. The current champion, Nelson Piquet Jr., had to retire his car from the race at lap 34, since his car had a brush with the wall.

[pullquote align=”full” cite=”” link=”” color=”” class=”” size=””]Piquet Jr., is definitely not happy of how things are going with the car: “Unfortunately there wasn’t anything more we could do this weekend. Obviously we have to keep working for the rest of the season but it’s very challenging. What we can try to do the rest of the season is work to get the fastest lap like Buemi was doing today, but even that is going to be difficult.”[/pullquote]

Oliver Turvey could only make it to 12th position, not scoring any points for the team.

[pullquote align=”full” cite=”” link=”” color=”” class=”” size=””]The British driver said after the race: “I felt good in the second car but then the safety car came out just when I was going to attack and try to overtake a couple of cars. That was a shame as we could have fought for points. […] All in all, it was a shame not to be able to make most of the weekend.”[/pullquote]

NextEV TCR is currently at the bottom of the Teams Standings, with a total of 14 points. Next race will be held on Saturday 23th April in Paris, where the Chinese team will do its best to improve the performance they’ve shown so far. 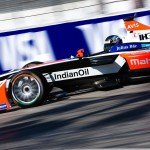 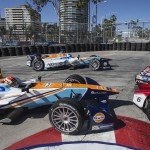 >> - Pace and penalties for Aguri at Long Beach »