McNish exclusively: “Understand what is better for the bigger picture” 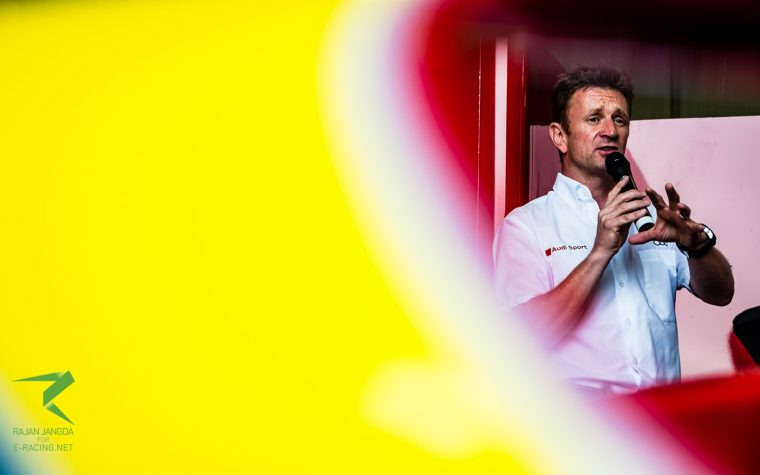 Audi ambassador Allan McNish shares his thoughts on Formula E and how he could hopefully bring the expertise he gained from a wildly successful racing career into the ABT Schaeffler Audi Sport Formula E team.

Allan McNish is a popular figure in the Formula E paddock as proven by the number of people who stopped by to greet and say hello to him during our interview on a sunny afternoon at the Hong Kong ePrix. He’s been involved in the motor racing scene for over three decades with a remarkable racing career behind his name. Yet, today he remains, as ever, a warm and down-to-earth character. It’s hardly any surprise why McNish is such a welcomed personality to have in the all-electric championship.

The Hong Kong ePrix is McNish’s first race in his new role within the ABT Formula E team after Audi officially confirmed that they’ll lend their support as a manufacturer to the German team. “Basically I do two things with Audi; I coordinate their group motor sport, so that includes the other parts of the Audi group which is Ducati and Lamborghini. As well as that, I’ve been asked now to sort of head up the front lead program. Right now, it’s a transitional phase for us in between season three and season four in terms of technical development and in terms of understanding the Formula E championship. So, I’ll be coming to the races and see how we are progressing forward.”

[perfectpullquote align=”left” cite=”” link=”” color=”” class=”” size=””]”The professionalisms of the teams had stepped forward a lot and technically they were much better. As a promotable championship, they had lifted themselves.”[/perfectpullquote]

The 46 year-old’s first experience of the championship was from a spectator’s point of view in Monaco way back in season one. “I went and got a grandstand ticket. I wanted to see it from that side because when you see (the race) from the paddock, you don’t get the true view, so I wanted to see that.” Meanwhile, in season two, McNish became a part of the commentary team, sitting in for Dario Franchitti who had a clash of schedule during the Berlin ePrix. ”There was a big change from season one to season two in terms of what the championship tried do and what they didn’t try to do”, says McNish on how Formula E has evolved since then. “The professionalisms of the teams had stepped forward a lot and technically they were much better. As a promotable championship, they had lifted themselves. I have to say in the first and second season, unfortunately Lucas (di Grassi) and Daniel (Abt) didn’t win, so hopefully they will in the third one… I could be their lucky charm”, he says jokingly.

It’s also an interesting story to note, how McNish’s encounter with Formula E started off on a totally different note to his role here today: ” I was asked if I wanted to race in Formula E in season one and it was actually my last year in racing and so I thought…I’m too old for this”, he chuckles. “I knew I was going to stop racing in my career then and so I didn’t want to start anything else. For sure, when you’re a young driver, you’ll say yes! You wanna get in, you wanna race, you wanna win and you wanna win championships that have got a profile and right now the profile of the championship is rising, it’s getting stronger. But as we sort of move forward, I would’ve said… if this had been on the table in 1989, I think I would’ve been racing it.”

McNish hung up his helmet for the final time in 2013 after a long and varied racing career that spanned from karting to single-seaters to sports cars. At 19, he was signed by Ron Dennis as a test driver at McLaren where he shared a garage with Ayrton Senna and today, he is most notably known as a three-time Le Mans winner.

Born in Dumfries, Scotland, McNish’s father had owned a garage there and it was thanks to a fellow Scot, the late racing driver David Leslie that he credits the influence and start of his racing career.

“I actually started on motorbikes, but I was too small. I’m not very tall now, but I was very small as a kid and I had a motocross bike. I used to do local things, nothing too big and I had to move up in the category but my feet couldn’t reach the pegs of the bike, so I couldn’t do that. David (Leslie) was just starting his car racing career then and my dad was his mechanic. So sometimes I went with my dad to follow him to a few races and it was because of David that I probably got the first feeling of the adrenaline going.”

“When I started in Formula Ford, it was David and his father that got me started and he did the same thing for this guy called David Coulthard and he also did the same thing for another guy called Dario Franchitti. So to be honest, I’m quite proud of it because, this one guy from Dumfries had started the career of a three-time Le Mans winner, a three-time Indy 500 winner and also, I think, a three-time Monaco GP winner.” (Editor’s note: Coulthard actually won the Monaco GP twice.)

There’s another famous Scot that he associates his early career with. As a teenager, McNish was widely regarded as the next Jackie Stewart. “There’s a story behind that”, he says – a hint of pride in his eyes. “My first race in a car was at the same time as Jackie’s oldest son Paul’s first race. So we raced in the same championship for quite a lot of years and we became really good friends. So even though I was competing against his son, Jackie was a big supporter. He was making big telephone calls for me saying, ‘Hey, Frank Williams, you should look at this Scottish guy, McNish, he’s a really good one.’ There were a lot of things behind it, but Jackie really supported my career and he was and still is a very good friend and that’s something pretty special, but it all comes back to the first race at Donington park in 1987 when we both started the Dunlop Star of Tomorrow.”

An element that McNish has kept since retiring from racing is that same passion that never fades in him. “My career quickly started off as a hobby and it turned into a profession but it’s one that would still always be a hobby. I was so lucky that I found what I was good at but it also became something I could also earn money from and live. Sometimes, when I wake up in the middle of the night and I think, ‘Right, I’ve got it right…technically, we need to push the engineers, get on the phone, send some emails or whatever… and it has never stopped, the focus was always that, it was purely the enjoyment of it and the passion. I was fortunate that I was at the right place at the right time and I was with some good teammates and some good teams, good engineers and good mechanics and we had quite of a lot of success.”

[perfectpullquote align=”right” cite=”” link=”” color=”” class=”” size=””]”This is a sport and we’ve got to try to keep it at a certain level, but it’s also a business and to understand what is better for the bigger picture is always a difficult balance for the manufacturers, for the promoters and for everybody else.”[/perfectpullquote]

So how would he draw on these experiences into his role today? “There’s two or three ways”, he says, starting to sound more businessman-like, “This is a sport and we’ve got to try to keep it at a certain level, but it’s also a business and to understand what is better for the bigger picture is always a difficult balance for the manufacturers, for the promoters and for everybody else.”

“Also now, I can kind of stand back and I can see a wider picture. Ultimately probably the biggest thing that’s in my favour is that I know everybody in the paddock, – from the top to the bottom- because, well, I’m quite a old guy. Your connections are one of the strongest things. The other side of it, is making sure that Audi is represented in the right areas. So from every area we’ve got a connection of something we can do and try to improve. But always, I try to remember, you’ve got to balance what’s good for you and what’s good for the overall balance of what we do in the sport.”

With the German manufacturer announcing its withdrawal from WEC just yesterday, McNish’s role at ABT Schaeffler Audi Sport grows in importance even more as Audi is the first major manufacturer in motorsports to officially make their motorsports portfolio more Formula E-centric. And who can tell: With McNish on board this season, the third time just might be the charm for the ABT Schaeffler Audi Sport Formula E team after missing out on the title marginally in the previous years. 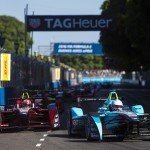