Correia: “I have the best job in the world!” 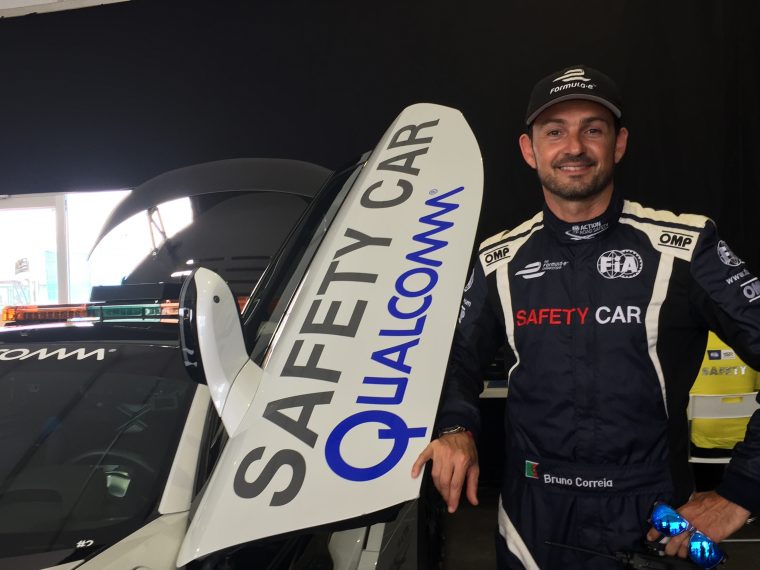 During the Hong Kong ePrix weekend, we got to know official FIA Formula E safety car driver Bruno Correia and the major role he plays within the championship.

The sleek BMW i8 safety car has been lapping the streets of the Hong Kong ePrix circuit on a scorching hot day in the city’s busy central district. A few moments later, the safety car duly arrives back in the pits, parks itself at the safety garage to recharge its batteries and out emerges the driver.

The safety car is one of the most important elements in any race structure. Under the orders of the Race Director, it is usually deployed to regulate the speed on the track in efforts to minimise the risk of danger especially in cases of accidents, mishaps or even in extreme weather conditions.

The safety car plays no less an important role in Formula E, yet we know so little about the man behind the wheel. Meet Bruno Correia, who has been at the steering wheel of the Qualcomm Safety Car ever since Formula E’s debut in Beijing in 2014.

Correia’s relationship with the all-electric championship goes way back to the beginning.

“I’ve been an FIA official for a long time and I’ve been performing the same duty in other categories too,” he said.

“So when conversations (with Formula E) started, they were looking for someone with a good career, good experience and good know-how of the role, so my name cropped up and I’m really pleased that Formula E and the FIA gave me this fantastic opportunity.”

Driving the BMW i8 hybrid sports car powered by Qualcomm Halo Prototype technology—the official safety car of the Formula E championship—Correia’s passion and understanding of electric mobility and the benefits of how Formula E can help to encourage a more sustainable future is also a huge part of why he’s here today.

“It’s a really interesting championship for me personally. The message that we leave to create a better environment for the cities and to go green, it’s something that we really need to think of and I think it’s really good to be involved. It’s also my way of thinking and I believe this is really the future. It’s happening now.”

Hailing from Algarve in Portugal, the 39 year-old is also the official safety car driver for the World Touring Car Championship (WTCC) since 2009 and he’s raced professionally for many years before that, building his reputation before being snapped up by the FIA.

“I was the first Portuguese Formula Ford champion, I was 16 years old at the time. I also won some international championships with Formula Renault in Spain and I raced in the States and in South America in Brazil but it’s been over 20 years that I’ve been involved in motorsports so, it’s been a long way.”

Have there been any outstanding memories from his time in Formula E so far?

“I will always say, it was during the first race in Beijing, when all the cars came out for the first time ever on track. I was taking them behind the safety car and it was actually something that I will always remember forever.”

It might come as a surprise that Correia’s background wasn’t all about racing and fast cars, his friendly and charismatic personality was most likely fostered when he had taken a short sabbatical from motor racing when he once worked as a hotel manager.

“It was a family business, we built a hotel and my family asked for my support back then. It was a really nice hotel set in a nice beach in Brazil and it was a break from motorsport during this period of my life but it was a fantastic experience, but I’ve always stayed close to being around cars and being involved in motorsports while creating my own company there. It was a part of my life for about three to four years and after that we sold it but I can tell you that it was a fantastic time of my life.”

Although it may seem worlds apart, but being in the hospitality business does in a few ways, he says, compliments his role in Formula E today.

“Absolutely! I just took a really important VIP from China here for some hot laps in the safety car. If you get used to dealing with people and to receive people well, it helps of course.”

But let’s just say if there was a vacant spot in one of the Formula E teams today, would he ever trade places with any of the drivers on the Formula E grid?

“Well, it’s something to think about if say, I was 20 or even 16 years old,” he says with a laugh. “But I have the chance to drive the demo car at every race so, honestly I think today you have younger drivers that are really challenging for it and of course if that could be a possibility…,”

“But I would not change the position I have today to be racing. I already had a lot of offers and I still do some racing here and there but it’s difficult to keep on a full calendar. So honestly this is good.”

There’s no denying that Correia definitely won’t be trading places with any of the drivers nor would he trade jobs with anyone else in the world right now when asked about what is it that he loves the most about his job.

“What I love most is the driving, firstly and to have the chance to drive and to be involved (in the championship). It was my dream since a very young age to be involved with motor sports.

“I would never expect it to turn this way because my goal was obviously to become a professional racing driver but being in this position that carries so much responsibility, I would say it’s even more than just being a racing driver because you are representing something more and yes, I am really pleased. I have the best job in the world!” 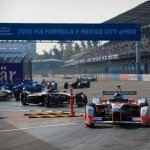 - << « Gutierrez to make the switch to Formula E 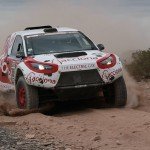