The rule of the rookie: Lynn on top in FP1 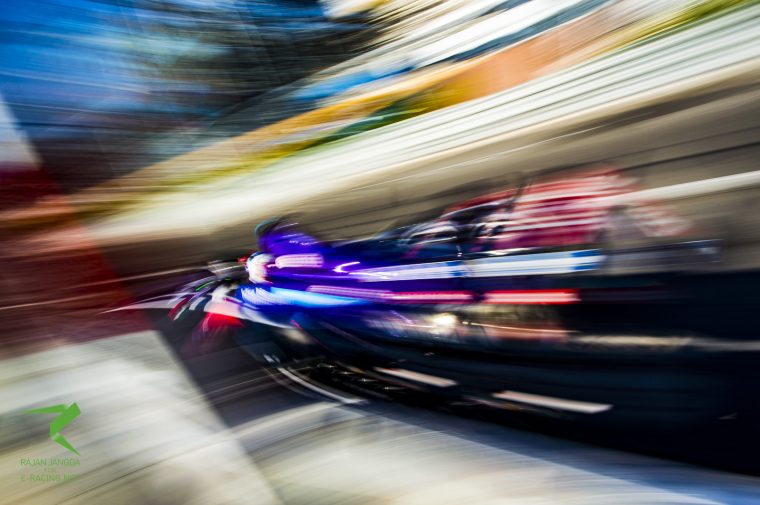 A rookie rules: DS Virgin Racing driver and Formula E debutant Alex Lynn finished his first ever session in the all-electric racing series on top of the time sheet with his teammate Sam Bird following in P2.

Following a rather wet shakedown on Friday, the 20 Formula E drivers lined up for a proper try-out on the challenging 1.953-kilometre-long track. Their attemps to gain some experience came to a quick end though, as Venturi Formula E driver Tom Dillmann stopped on track just three minutes into the session. As the young Frenchman did not manage to get going again, the session was red-flagged. Race control decided to restart the action with 35 minutes still to go. Nicolas Prost (Renault e.dams) established himself on top of the time sheet quickly, but was nevertheless beaten by Formula E debutant Alex Lynn who fills in for Jose-Maria Lopez at DS Virgin Racing this weekend.

As the drivers got more and more familiar with the New York City track, the battle for the lead heated up with several drivers leading the session at one point. Nevertheless, it was the DS Virgin Racing duo Alex Lynn and Sam Bird who showed the most dominant performance during the entire first free practice session, with both of them leading for quite some time each. They were joined on top by a surprisingly strong Loic Duval (Faraday Future Dragon Racing). Lucas di Grassi, the man who everyone’s eyes are on this weekend, struggled to get to terms with the track, only finding himself in the lower end of the field.

With five minutes to go, Prost regained the lead on the damp track, demonstrating what the Renault e.dams is capable of this weekend. Jean-Eric Vergne (TECHEETAH) meanwhile went over the limit, finding himself in one of the electric-blue run-off areas, but the Frenchman could continue without any damage. The times kept dropping and ABT Schaeffler Audi Sport driver Daniel Abt took the lead from Prost. The German did not stay on top for long though, as the man of the session – Alex Lynn – was able to beat his time. 35 minutes in track were enough for di Grassi to also get comfortable to with New York City ePrix track, finishing the session in fifth, just behind his teammate Abt. 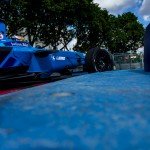 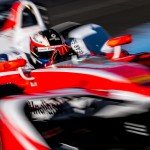