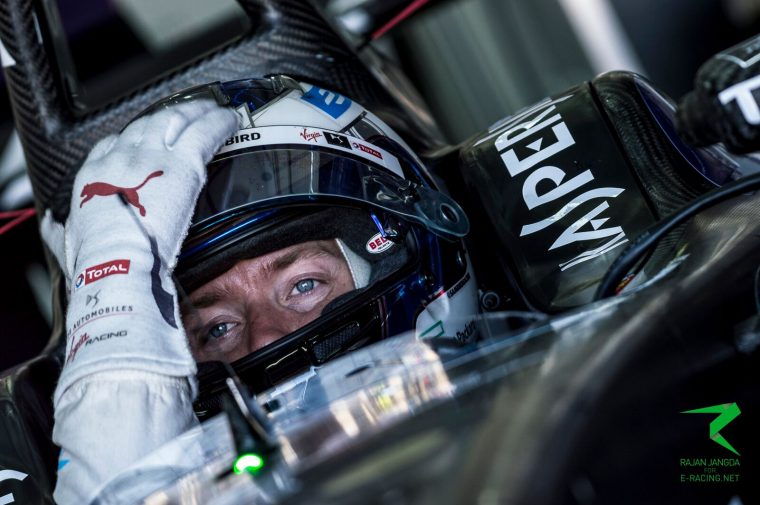 It was a day of near-perfection for Sam Bird, who guided his DS Virgin Racing to victory despite a collision with his own garage during the mandatory car swap and pulled off an exceptional move for the lead on the Techeetah of Jean-Eric Vergne.

Bird started the season-opening Hong Kong E-Prix second on the grid behind Vergne and held station before a race stoppage on lap one, despite a turn one attack from Nick Heidfeld.

Once the race resumed, the Englishman shadowed his French rival and eventually made his move on lap 20 as he dived down the inside of turn six.

As the pit stops came it appeared that his misfortune from the 2016 Hong Kong E-Prix might strike again as he locked up on the dusty tarmac of the pit lane and smashed his car into garage equipment, with one lucky mechanic jumping out of the way just in time.

Unfazed, Bird immediately jumped out of the stricken car and hopped into his second car, maintaining the lead ahead of Vergne.

The incident earned Bird a drive through penalty later in the race, which he served immediately and without fuss, coming out just in front of the chasing duo and giving the viewers the prospect of a three-way fight for the victory.

Bird was apparently having none of it, however, as he surged clear to a comfortable and dominant victory around the streets of Hong Kong, which he later attributed to a misunderstanding of which car he came out of the pits next to.

“There was a Techeetah in front of me, and I thought that was JEV,” explained the 30-year-old. “I thought that because of the bad stop, I thought that I was second and catching. So I was pushing hard to catch who I thought was JEV, but it was Andre [Lotterer].

“The radios have been really bad here today because of all of the big buildings, so I wasn’t getting any information about where I was or what I was doing, time-wise or anything. I was told about the drive-through, I felt like at the time, I would say it was a bit harsh because the pit lane is crazy dirty and it was a simple error.

“It was a drive-through, I served my penalty, and I thought I’d come out in P7, P8, something like that. I got on the radio and they just managed to hear me saying ‘what position am I in?’, and they said ‘you’re P1, keep going, you’re P1!’ Never in a million years would I have expected that!”

Struggling to take in how the race transpired, Bird labelled the day as “crazy” and didn’t expect such dominance as he took home his sixth Formula E victory.

“That was a really crazy race. I’m finding it hard to process what happened really. It’s not often you win having a drive through penalty in Formula E.

The race winner finished by praising the racecraft of Vergne in their battle for the lead, the Frenchman fighting a fair battle and leaving enough racing room.

“Firstly I have to thank Jean-Eric because it was extremely fair driving from Jean. We have a very good mutual respect, regardless of what people might or might not have thought in season two, I massively respect JEV. I believe it’s the same going the other way.

“JEV is a super-tough competitor and he’s not going to let me through easily, obviously. But there was enough room so I was able to get through.” 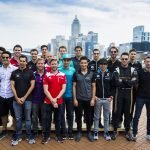 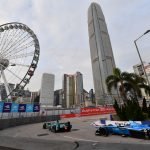