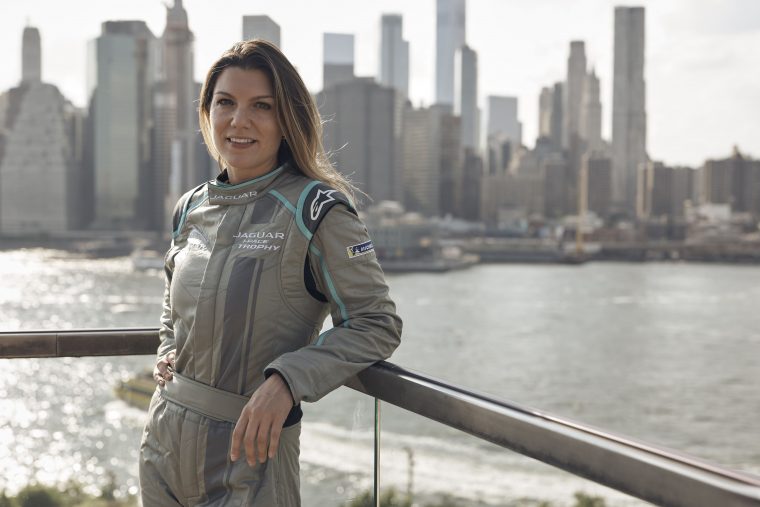 One of the first women to drive a Formula E car, Katherine Legge joined the all-electric series in its very first season driving for the Amlin Aguri team. She will now take part in the Riyadh test for Mahindra Racing.

Today, the Aguri team doesn’t exist anymore following the acquisition of it by Techeetah.

After two races, Salvador Durán stepped into her place, nevertheless Legge has been following the series closely and this weekend she’s making a comeback.

She is a racing driver for the Rahal Letterman Lanigan Racing team in the JAGUAR I-PACE eTROPHY.

The brand new electric series is the official support race to ABB FIA Formula E from season five onwards. The championship will take place over 10 rounds in nine global cities, with up to 20 entrants and Ad Diriyah, Saudi Arabia is round one, a 25 minute plus 1 lap race.

On 16 December Legge will be taking part in the open-wheel, all-electric series in-season test driving for Mahindra Racing.

Legge is an experienced driver who´s career began in Europe and then moved to the United States to race, among other series, in IndyCar.

The first woman to achieve a pole in a Zetec race, and the first to receive the BRDC’s “Rising Star”.
Also, she was the first female driver to test a Formula 1 car since Sarah Fisher, driving for the Minardi team.
In 2005 she received the Toyota Atlantic BBS Rising Star Award.
The first woman to lead a lap in the Champ Car series, where she drove from 2006 to 2007, she raced in DTM among other racing series as well.
In 2012 she partnered Sébastien Bourdais at the Dragon Racing team to race in the IndyCar series.
In 2013 she joined Schmidt Peterson Hamilton HP Motorsports. On both occasions, she contested the Indianapolis 500.
From 2014 she competed for four years in-a-row in the acclaimed 24 hours Daytona race.
This year she drove for JD Motorsports in the NASCAR Xfinity Series.

Going back to an electrifying racing world

Her relationship with electric cars goes beyond Formula E.

The British driver has been the first woman to join the Jaguar I-PACE eTrophy series. On Saturday 15, she’ll be driving for Rahal Letterman Lanigan Racing alongside teammate Bryan Sellers in the team’s two-car.

In an exclusive interview, Legge talks about women in motorsport, mentorship, the eTROPHY series and much more.

ERN: What is your perception of the Formula E series evolution in only four years, and in which ways the second generation could be a game changer for the championship?

KL: “It has come a long way in terms of development, on the technical and car side as well as the level of the series. There are many of the worlds biggest car manufactures involved now, and they are all pushing the technology a lot further. The new car (singular this time!!) will be a huge plus for the series and produce a better spectacle for the fans too.”

ERN: You are also the first woman who joined the Jaguar I-PACE eTrophy series. What was so appealing to you about this series that make you jump in right away?

KL: “The level of professionalism and the possibility of it growing in the future as formula e has. Racing for Bobby has always been a dream & I love street racing. Jaguar is also such an iconic brand so it was a win-win! Plus it runs alongside my sportscar role so I can do both. The more racing the better!”

ERN: What can you tell us about the car? How much testing time have you had in the car?

KL: “We have tested the car twice, both times in the UK. It is a lot more refined than I expected and very well engineered. We are looking forward to this weekend!”

ERN: How would you compare both series, eTrophy series vs. NASCAR?

KL: “You can’t compare them. They are radically different. It’s almost like a different sport. Both have their own merits.”

ERN: On Sunday 16, you will join eight other female drivers for the first in-season test of Formula E Season 5, driving for Mahindra Racing. How did this opportunity present to you? Have you been able to spend time in the sim, testing, what is your knowledge of the car and what is your goal on Sunday?

KL: “I spoke with Dilbagh Gill last summer about testing with the Mahindra team. So it has been in the pipeline for a while.
The FIA has been trying, through the woman in motorsport commission, to promote opportunities for women in racing and as a leading edge progressive series Formula E decided to come on board and with it being in Saudi, where women have been given the right to drive, it will further highlight women in the arena. My goal on Sunday will be to do a great job for the team and help them in their development. Like any other test.”

ERN: What can you tell us about the difficulties women face in motorsports and how do you believe this program (Women in Motorsports Mentor Program by Bell Racing USA) could help other talented female drivers like yourself through mentorship?

KL: “The difficulties in racing are vast for anyone trying to make it to the top. Male or female. I can help from my perspective on how to navigate the path up the ladder. I have made a lot of mistakes they can learn from without making the same ones for themselves!” 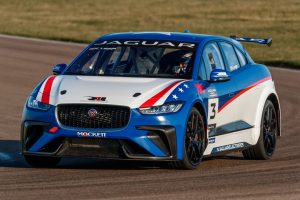 “It has been an impressive effort by Jaguar to create this series from the ground up.

“Looking back, those who have been involved in the formation of the series will no doubt understand just how hard it is to put a brand new series together and I’m sure there is a little bit of relief on their end that it is time to go racing after having accomplished so much.

“Congratulations to everyone at Jaguar that has put so much effort to get to this historical moment.”

“The pre-season testing went quite well but I’m not sure how that’s going to relate once we’re on a proper circuit, surrounded by walls on a track that no one knows anything about.

“The first race is going to be a learning experience for everyone and naturally, we hope to come home victorious. I’m just excited that we are finally getting going after announcing the program over a year ago and having been looking forward to this date for so long. It’s an exciting time for our team.

“But for all I think it will be a weekend of learning, maybe some surprises, understanding how these events will flow throughout the rest of the year and so on.” 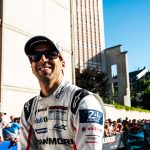 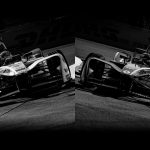