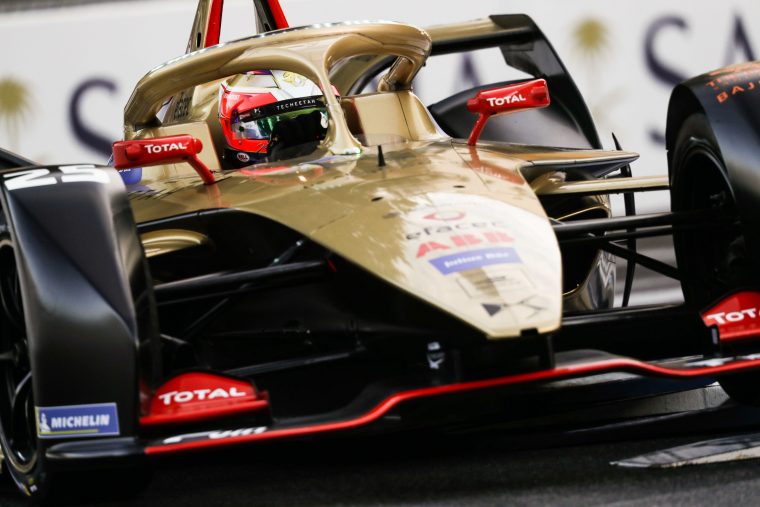 It’s no secret that this ABB Formula E season is the most competitive ever, seven races, seven winners. Reigning champion Jean-Eric Vergne is not going to let any points escape him.

It’s been a week of birthday celebrations for Vergne and Venturi’s Felipe Massa on Thursday, while yesterday saw GEOX Dragon Racing’s driver Jose Maria Lopez celebrating his own birthday.

The conference started with DS Techeetah driver, Vergne talking about the competitiveness of the championship, stating he doesn´t believe somebody can win the championship on Saturday in New York.

The Parisian affirmed he’s not concerned about the position where he is in the championship. Vergne currently stands in seventh place in the overall driver’s standings with 54 points.

“There are many more races, many more points to take and it is just going to be a question of scoring points as soon as you can. Not a single driver has had a perfect season, everybody can look back and say we lost some points here and there, its all the same for us, it is very difficult here, but now we cannot afford any more mistakes, it’s important to score points,” he said.

Birthday man of the day, Lopez, reflected that the previous race, the Rome E-Prix was positive and frustrating for him and the team as well: “When you start from the second row and you end up with no points, it’s hard to take, it was a hard race for us. We had the pace, that’s important.”

The Argentinian driver is facing the Paris E-Prix with fresh eyes: “It’s a new race, new expectations, you start from scratch, good preparation as always, so we´re really looking forward to having a good result.”

During the press conference, we asked Lopez about his first impressions after the track walk in the morning and what balance does he make of the first half of the season.

“The track hasn’t changed much from last season, we know it is a small track, I think the other driver will agree, it’s with Monaco, one of the hardest to overtake, so qualifying will be very important.

“The season so far for us is been a bit frustrating honestly because we have shown pace in some races, and somehow we haven´t been able to score points. We hope that from now until the end of the year we can achieve what we’ve been working for, we know it’s very hard but we have the potential to do that,” he added.

Lopez also gave his opinion on the controversy raised on the qualifying format implemented from this season, leaving behind the lottery system which caused controversies during previous seasons as well.

“At the end of the day, you see and there’s seven, eight guys close in 10 points in the championship, which is also what people want so we need to see the big picture and think about the fans, in this sense, it is a great show for everybody,” he concluded.

On that matter, Panasonic Jaguar Racing driver Mitch Evans said: “You just can’t let the guys who are last in the championship go first, it’s just going to put them to more of a disadvantage.”

Nissan e.dams’ Oliver Rowland confessed that his target was to be in Super Pole by the end of the year and see if he could push for a podium, saying it’s been quite a “shock” to be in the top four in the last four races, something he wasn’t excepting.

“I keep working hard, keep working every day, learning new stuff from everyone,” added the British driver who has scored 35 points so far this season. 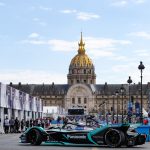 - << « The Parisian weekend gets underway with a bang 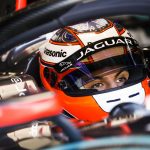