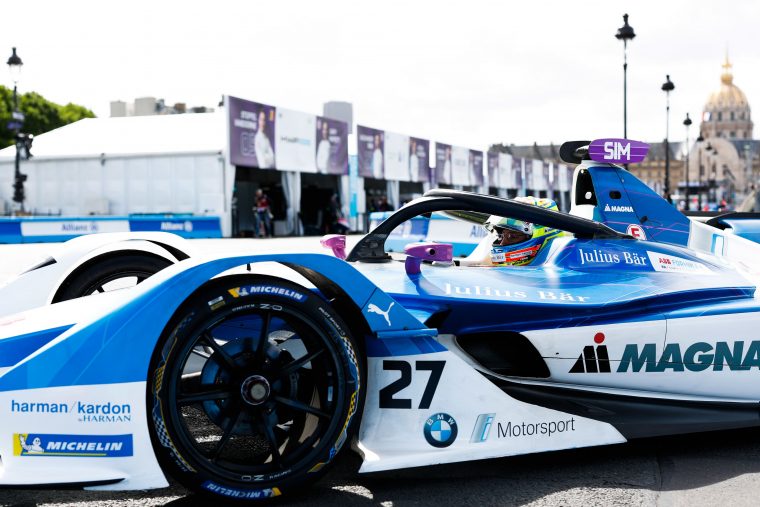 Everything is new to Alexander Sims in Formula E, but Monaco is always a special track, the one all drivers have the chance to show their skills behind the wheel in the tight streets of the principality.

“Racing in Monaco is really cool, I’ve never done it before, I’ve never been there, that will be one to tick off the bucket list as such, it’s a special place,” said BMW i Andretti’s Alexander Sims.

HOW IT ALL STARTED

Season five is the first for BMW in the ABB Formula E Championship. The German manufacturer joined the Andretti Autosport which has been part of the all-electric series since its inception.

The new team showed strong pace early on pre-season testing in Valencia, Spain, and that the alliance would be one to look out for.

Behind the wheel of the BMW iFE.18 Gen2 car, the team’s drivers line up is series rookie Sims and veteran Antonio Felix da Costa.

British driver Sims set the fastest times in two out of the three days of testing in Valencia back in October 2018 with da Costa being the fastest in day two.

The pace was there right from the beginning, since then the team has continued to evolve despite some unfortunate incidents on track and the extreme competitiveness of the championship have prevented them to achieve even better results during the first eight rounds of season five.

A few days away from the Monaco E-Prix, da Costa sits in third place in the championship standings while Sims holds P15, something that actually does not reflect the full potential of the Brit who had been close to winning the Marrakesh E-Prix if it wasn’t for the contact between the BMW teammates.

On the matter, da Costa took the blame while Sims crossed the finished line in fourth, his personal best result to date in Formula E. Both drivers moved on from the incident with da Costa having scored 70 of a total of the 88 points the team has scored so far this season, which has placed it in the fifth position in the overall standings.

Sims, who has suffered three retirements in Hong Kong, Sanya and Paris, is keeping his head up, aiming for better days and Monaco could be the perfect place to turn luck in his favour.

Two weeks ago in the Paris E-Prix, the 31-year-old gave a balanced account of his season so far.

“Results-wise it’s been poor, there’s no denying that,” said Sims. “I keep holding up to the fact that some of the races, a reasonable amount of races, I’ve been a similar performance I’d say to Antonio [Felix da Costa], he’s normally been ahead but sometimes by a very small margin.

“As a rookie, honestly that was my aim to try to make the performance good and that came quite quickly, it’s just been an endless list of things that have gone wrong, sometimes my fault, sometimes other peoples but at the end of the day the result is often similar than we are standing here, not having the result we could’ve had.”

Sims has adapted extremely quickly to the Gen2 car, a car most drivers agree is challenging to drive. Prior to being confirmed as a full-time driver for season five, he had done some testing for BMW. The British driver has been a works driver with BMW for the last six years.

About the track, he talked on his early impressions, though it will be tomorrow when the cars hit the track for a shakedown when drivers will get a better understanding of what the asphalt conditions really are.

“It’s a short and interesting track, not much opportunity to overtake so qualifying will be very important I’m sure and then we will see how the Attack Mode and things work in Monaco.

“I think that maybe some interesting location for it, we’ll see where that happens to be, looking forward to Monaco,” Sims said.

The Brit, who has won the 24 hours of Spa-Francorchamps in 2016 and finished second the Weather Tech Sports Car Championship (IMSA) with BMW Team RLL, has also competed in Blancpain Endurance, the 24 Hours of Le Mans, GP3 (today Formula 3) and the Macau Grand Prix, among other series.

Back in Sanya, he made it to Super Pole but luck once again wasn’t on his side as a technical issue prevented him for even taking part in the qualifying session.

In Paris, as he stated, “I was just breaking into the corner and then Oliver (Rowland) locked up and just hit me.”
The first wet race in the electric series begun on the Safety Car, something that created controversy with some drivers in favor and others against it.

“Ultimately it’s up to Scot [Elkins, race director] to decide what he wants to do and I respect that. My understanding though is normally whenever in the past I’ve started on the safety car it’s been because it was unsafe.

“A standard start probably could’ve provided a bit more action and made the race more interesting in the early laps, but it’s up to Scot to decide and that is what he decided.

“A lot of rain came in a very short period of time, that was the hardest thing, I think it was right that Scot put out the Full Course Yellow at the moment, the first one because I think without it, there would be definitely been a big crash, these cars are just tricky to drive in the wet,” the Brit remarked.

Monaco is a track where the safety car is often deployed, let’s wait and see what the Monegasque streets have in store for the Formula E drivers this weekend when the ninth round of season five kicks off on Saturday. 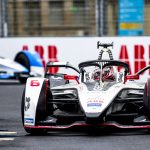