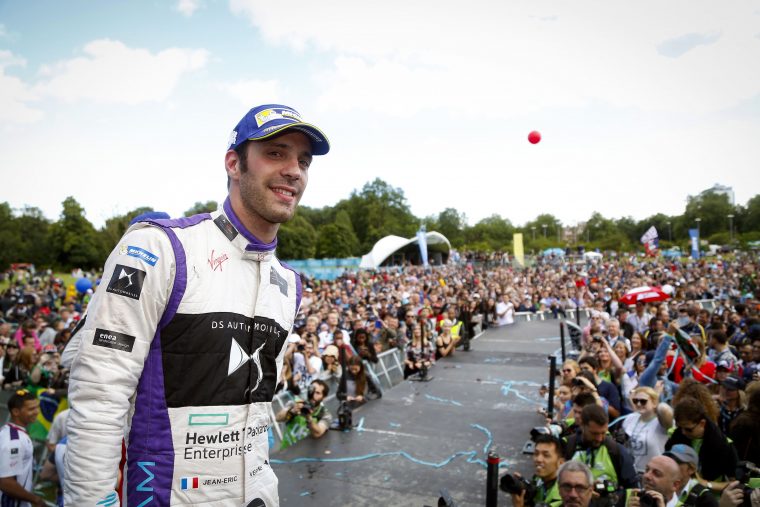 “He has had three years at Toro Rosso, four years before that in the junior team and every opportunity – everything a young driver needs. We are not a pension fund.” (Helmut Marko to Speed Week)

He’d enrolled into Red Bull University, served the duration of his course, and earned his degree of established racing driver. He’d even grossed a fair few points in his time. Yet here he was, under Abu Dhabi’s firework displays, knowing that the energy drink colossus and controller of his career path was cutting the cord. Graduation day was for their new boy and A-team electee Daniil Kvyat; Helmut Marko’s invitation was lost in the mail.

This is where Jean-Eric Vergne was at. 2014 was over and the horizon was dark. The Junior Team took him by the hand, threw him onto the roulette wheel of Formula One and decided he’d landed on black. No more spins, Helmut decided. For an F1 evictee, the going’s tough as it is. But Jean-Eric’s predicament was as sensitive as it could get – there was no entourage primed to pound in number keys and send emails flying into employer inboxes. There’s an inky black edge to Red Bull’s junior structure, and now it was rearing its ugly head.

“I had no contract, also it was not like I was earning a lot of money at Red Bull for the position I was in. I did not know many people in the sport – I didn’t have my own manager, so you can’t look for other teams or see what is going on because you’re at Red Bull.” (The Sun)

He was at Red Bull? He was at Red Bull’s mercy. He’d been denied a private infrastructure to make sure other teams couldn’t poach him. But after two bites of the cherry (First Daniel Ricciardo was chosen, then Daniil) there was still no seat at the table. Not just in Milton Keynes, but in F1 full stop. And just like that he was on the outside, peering through the looking glass. Jean-Eric had to get away from it all, from his home, and take stock of the situation.

“At the time I was living in England – but quite quickly it became impossible to live there. I left and lived at a friends place for two months, before I went to live back in England.” (The Sun)

The winter hibernation was over, and there was a wave of revival waiting to be ridden. And as the packed table of circumstance revealed their cards, it became clear that Jean wasn’t the only redemption seeker. There was a scarlet army in Maranello who’d endured their worst season of the century, and Jean was snapped up as part of their resurrection drive. If the 16 podiums and 2nd place in the Constructors’ Standings for Scud 2015-spec were anything to go by, the plan worked. But this isn’t where the real story begins. A sidelined development role isn’t the telling of a modern-day great – we have to look to his main focus.

Step up, Formula E. A brand new series, and a brand new risk. Jean-Eric had spent a career tight-walking the Red Bull rope, so the question was whether he’d try and steer clear now he’d felt that pressure, or throw his helmet in the ring, backed with experience. I’ll let you know something, come closer: this is Jean-Eric Vergne #101. He doesn’t hide away from a challenge. He’s much braver than that. Andretti Autosport made sure to have him on board for the third race of Season One, and the first weekend of post-F1 rehab would be spent in Punta del Este.

He took pole. First time out, against the might of Renault, Audi, NextEV and co. The occasion read like a fairytale story, and who would hold back from thinking it was? Could it be, at the absolute height of their powers, that Red Bull made a mistake? There was an inkling they could’ve. Jean-Eric sadly ran out of power two laps from the end of his first ePrix, but two more poles, a duo of podiums and 7th in the Drivers’ standings suggested Sebastien Buemi, Lucas di Grassi, Nelson Piquet Jr. and Sam Bird wouldn’t run the electro show as a quartet for long.

But this wasn’t an iron smooth redemption arc. Jean-Eric had a sophomore season ahead of him, and it threatened to stunt the fanfare he’d worked so hard to build back up. Virgin Racing, fresh from their partnership with DS Automotive and split with Jaime Alguersuari, became the next step, and expectations were high. It was that same period in his time at Toro Rosso where the dream unravelled – 2013’s results were remarkable, with sixth in Canada one of that season’s top individual performances, but inconsistency and a smiling Aussie next door denied him the first Red Bull seat opening since 2008. From then on, he was doomed to be a Faenza side-ordering.

Daniel and Daniil were stern tests, but Sam was arguably the sternest yet. 56 points to 88. Two podiums apiece, but DS Virgin’s only victory of the season in Buenos Aires went the way of the Brit. Three poles to one. And most crucially, seven races in the points, in contrast to five for Jean-Eric. The on-track results didn’t tell the full story of a soured Season Two, with Jean-Eric allegedly sized up for the exit door the moment he declared himself fit to race in Argentina, according to a report from Motorsport.com, quashing the need for Season Three replacement Jose Maria Lopez to be called upon. Team boss Alex Tai was reluctant to race him, and the issue went to the heights of DS management. The strain from this key moment, plus his end-of-season resurgence (two podiums in Paris and London and 50 of his 56 points scored over the final four races) being too late, sowed the seeds for a move to the newly-formed Renault customer team Techeetah.

Coming tomorrow, Part 2 – The Techeetah success story, and what’s next for Jean-Eric Vergne. 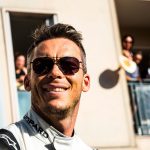 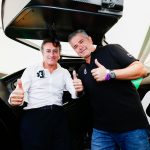