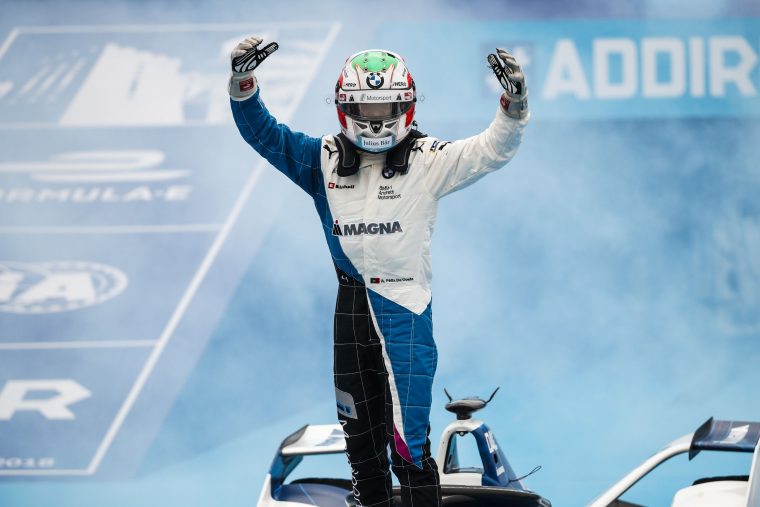 It’s been almost a month into the Formula E off-season and we’ve had some time to reel in and put pen to paper for our end of season review. But we thought we’d do things a bit differently this time around…We’ve overlooked the stats and numbers this time to give you rankings based on key traits of perseverance, determination, teamwork, grit and natural flair of those who managed to showcase outstanding performance throughout the 2018/2019 season. 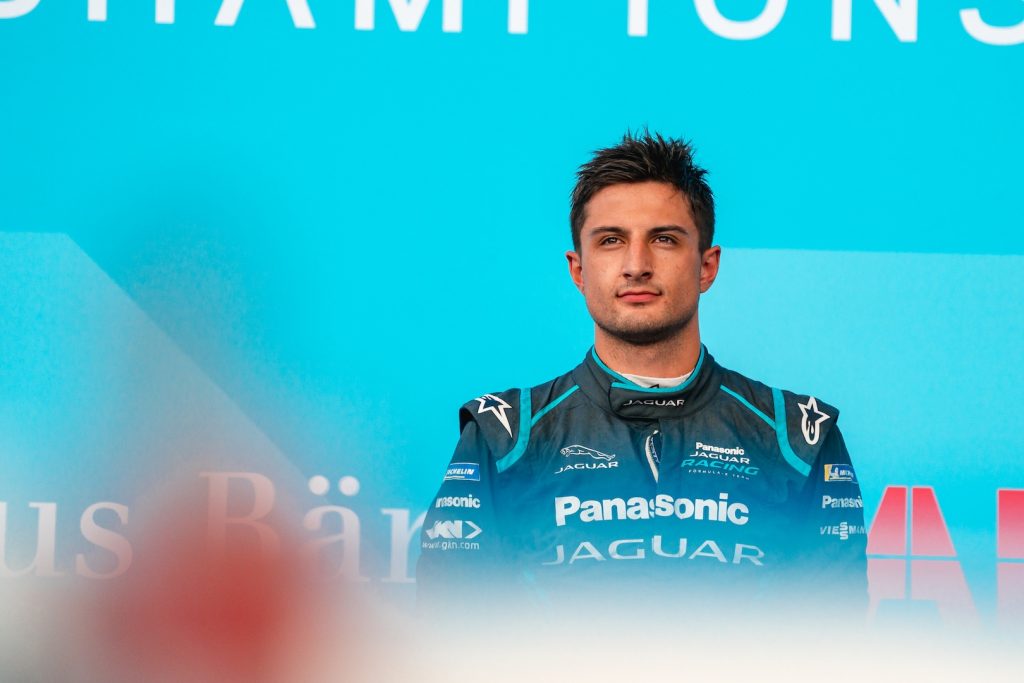 Season 5 was undeniably Mitch Evans’ best season yet. After garnering the Panasonic Jaguar Racing team their first ever win in Rome, the Kiwi also displayed some strong performances with a couple of intense battles at the top of the field, namely with Jean Eric-Vergne in Bern where Evans finished in a strong second. Then it was in the first round of the double-header in New York where he was in ultra-competitive mode, showcasing some excellent defensive skills to clinch second place ahead of Antonio Felix da Costa. Despite the tough competition and a switch in teammates midseason when Nelson Piquet Jr exited the team, Evans’ composure and commitment is one to be praised, he comes across as one of those rare few that could drive relentlessly and still keep his cool. 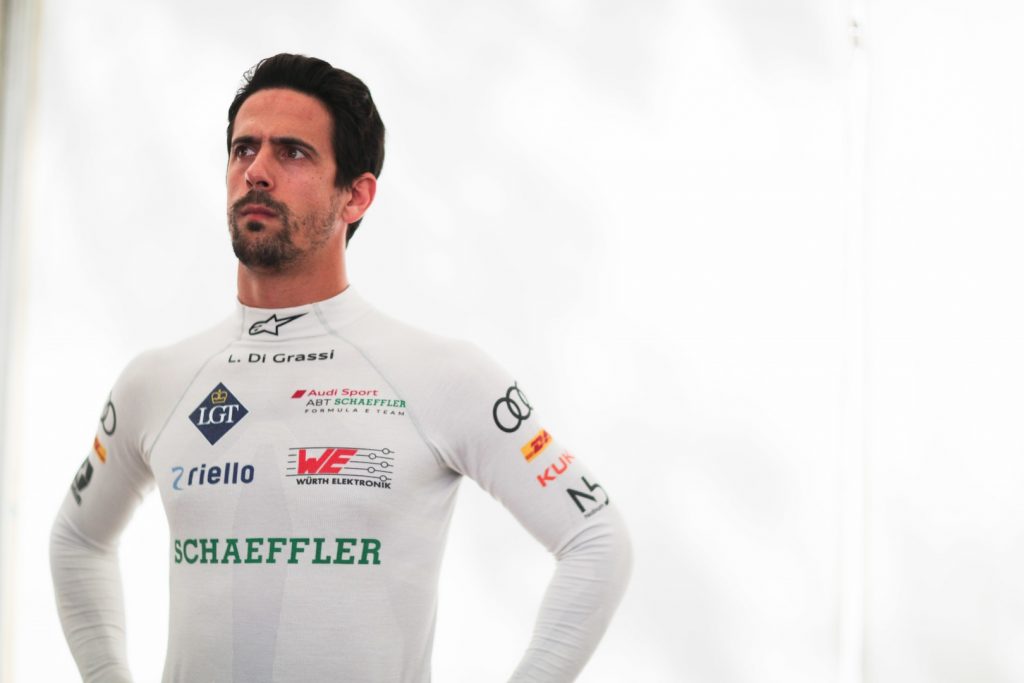 When things get tough, that’s when you’ll see Lucas di Grassi at his best, such as his on-the-edge performance in Mexico when he took the win from Pascal Wehrlein of Mahindra, taking advantage of the latter’s depleting energy in the last few seconds of the race. In Berlin, he was a force to be reckoned with, producing a victorious outcome for the Audi Sport ABT Schaeffler team’s home race. The Brazilian comes across as a very solid driver and displays a natural ability on track. Despite a tough season for the German team, you can count on di Grassi to give it his all no matter what. 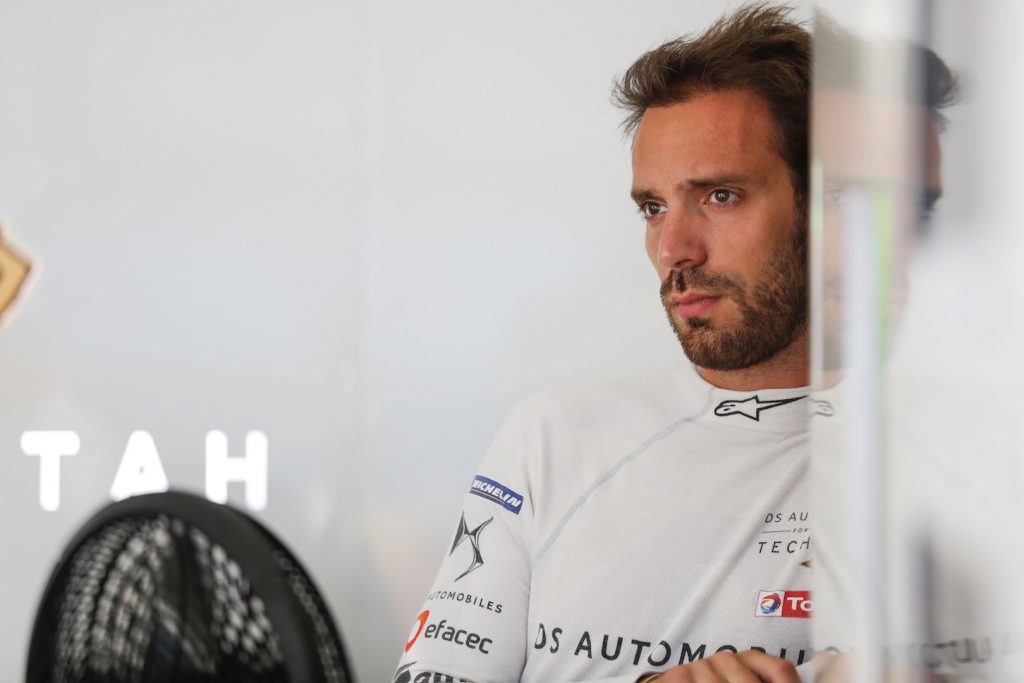 There were points in the season when doubts surfaced as to whether the Frenchman would be able to retain his champion status. With no points gained in Mexico, Hong Kong and Rome it wasn’t a smooth road for Vergne. Although it wasn’t a flawless season, one can sense Vergne’s maturity when it comes to handling pressure. There were times when he seemed almost untouchable, significantly in Sanya when he proved he’s once again the dominant force of the championship. He’s definitely had to put up a fight to get to where he is and it will be even more interesting to see how he’ll handle the pressure of a new teammate next season. 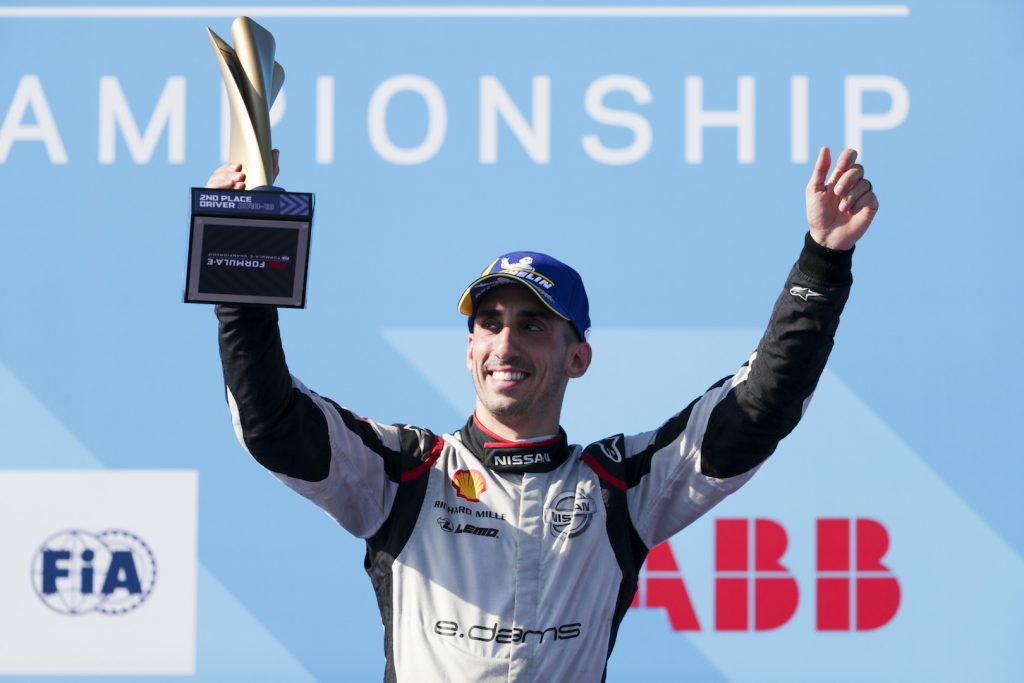 It has not been an easy season for the Swiss. In Santiago, he came so close to winning after starting from pole position, when with 15 minutes left on the clock, he damaged the front of his car after hitting a chicane, completely dashing his chances of a podium win. But it was towards the end of the season when he came back on top when the former 2015/16 champion produced a stunning win in New York City. If anything, this season has proven that Buemi still has the grit that has taken him throughout his career. 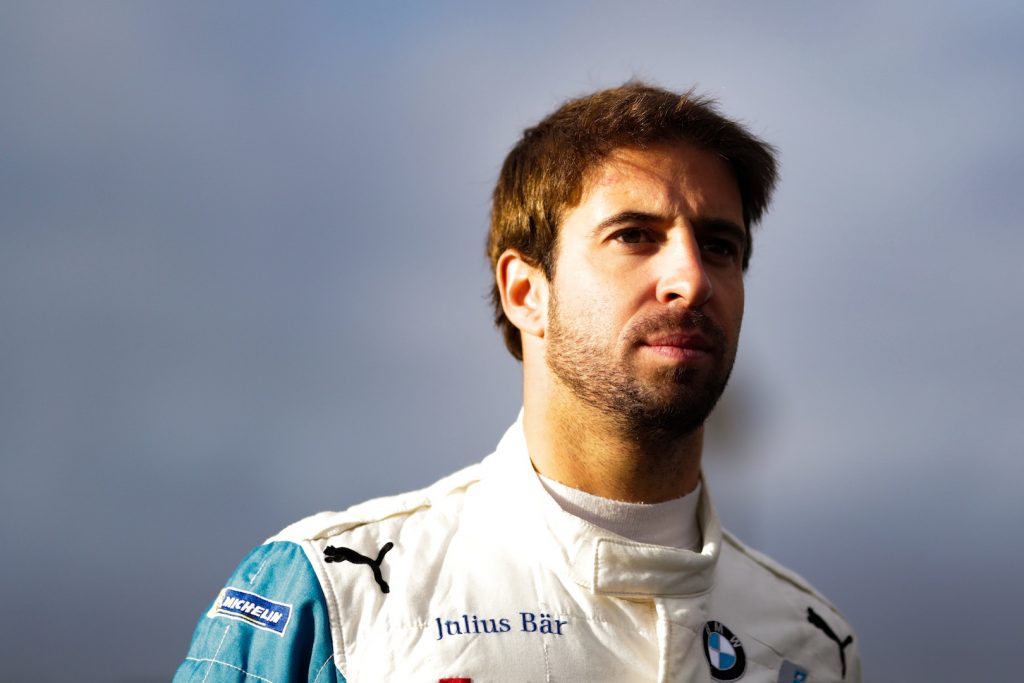 After a dazzling win in the first round of the season at Ad Diriyah, it went downhill for the Portuguese driver in Marrakesh where he collided with teammate Alexander Sims and had to be left out of the race. The Portuguese showed great sportsmanship when he apologised to Sims after the race, although you can’t help but feel sorry for da Costa after what seemed like a comfortable lead and a potential double podium for the BMW i Andretti Motorsport team.

Despite the challenges the team faced this season, his accomplishments has been impressive, scoring second place in Santiago and another podium in Sanya and third in the first round of the NYC double header. This showcased his natural ability and flair in a race car. As reported by e-racing365, it’s likely that the Portuguese might be heading to DS Techeetah next season alongside Vergne, where he’ll undoubtedly be facing a new kind of pressure. Da Costa is a likeable character (one can see why Robin Frijns likes him so much), but when on track he can be a fierce competitor and we have no doubt that he’ll put up a good fight when it’s needed.

The ones that almost made the cut.

Daniel Abt, Audi Sport ABT Schaeffler 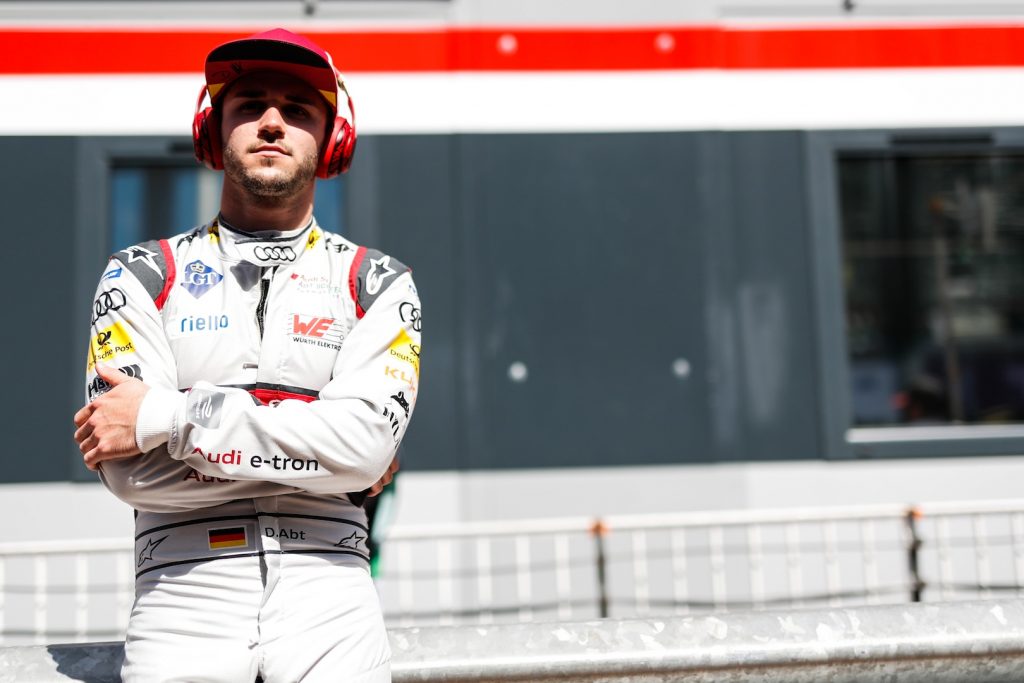 Calm and collected Daniel Abt can be blindingly quick on track. (Photo: Sam Bloxham/LAT Images.)

With three fastest lap points this season, there’s no denying Daniel Abt is very, very quick and despite all the drama that might be going on around him, he’s able to put his head down and just get on with the job. It’s no surprise why the Audi Sport ABT Schaeffler team are retaining him and Lucas di Grassi next season, the only original driver line-up since season one, an extra advantage for the German team. 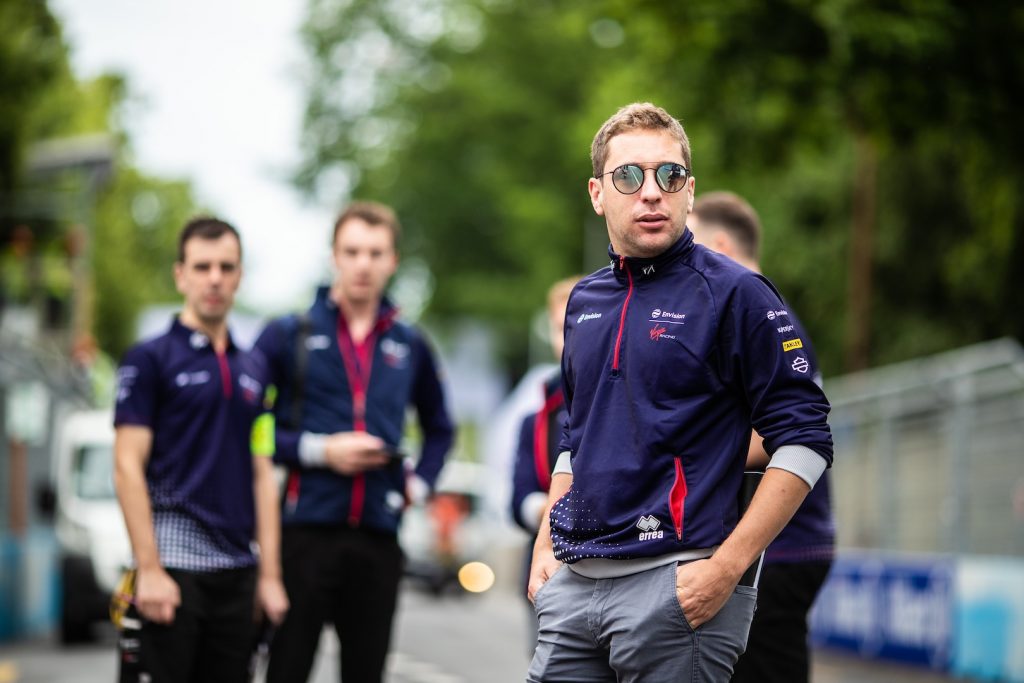 He may seem chilled, but Frijns is a fierce competitor. (Photo: Formula E.)

The season produced many highs and lows for the Dutchman with podiums in Marrakesh and Hong Kong and a couple of disappointing DNFs in Bern and the first round in NYC, but he managed to quickly turnaround that loss into a strong performance with a much deserved victory in the final race of the season. Similarly to Mitch Evans, Frijns has the ability to think and drive at the same time and showcased his strengths against teammate Sam Bird. 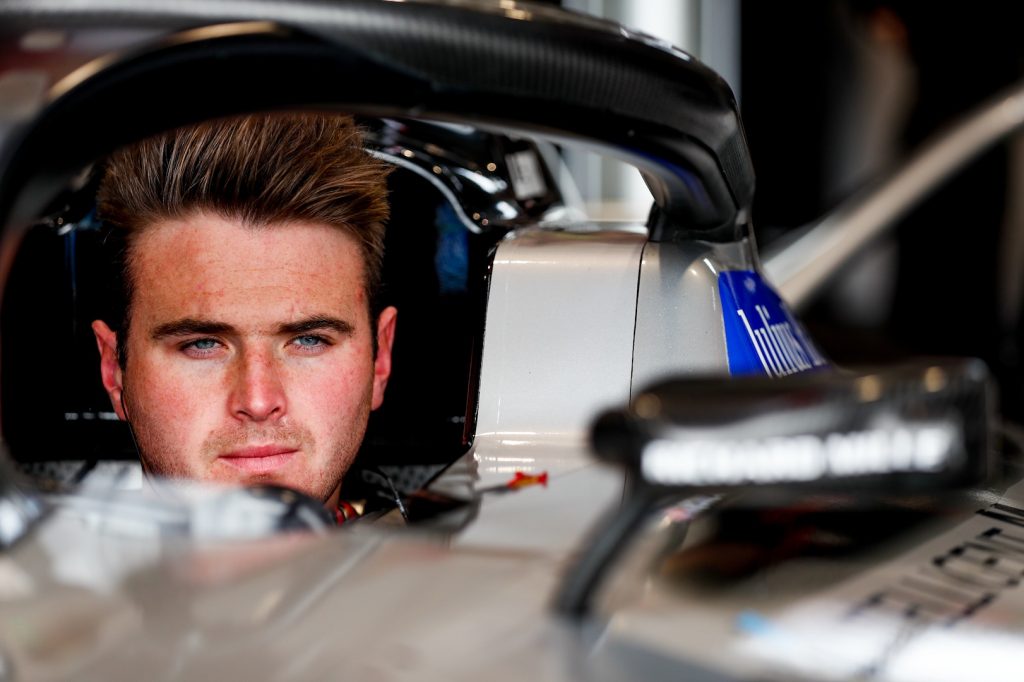 The only Formula E rookie to make it into our ranking, the Brit displayed great pace throughout the season and the podium in Monaco proves that he’s one to keep an eye on. 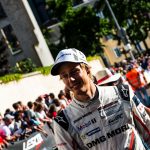 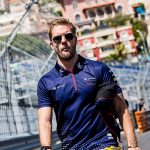