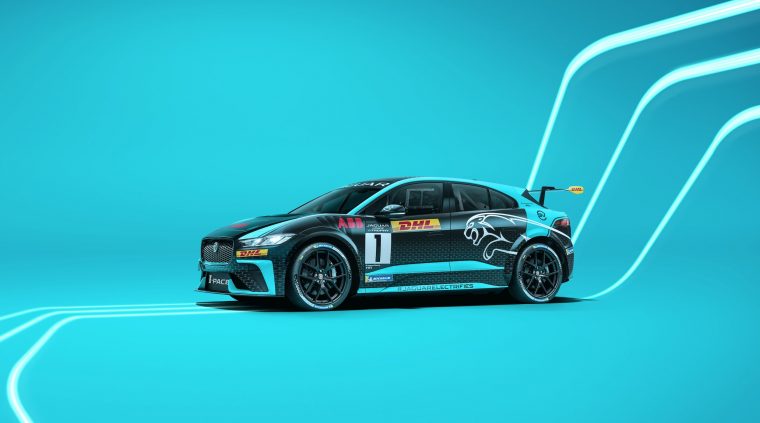 First-ever Jaguar I-PACE eTROPHY champion Sergio Jimenez talks about his preparation for the upcoming season, the experience driving the Jaguar Gen 2 Formula E and much more.

Sergio Jimenez fought for the championship until the very last race that took place in New York last July to finally celebrate a championship he ruled with exceptional consistency.

ERN: How do you prepare, mentally and physically, to defend your Jaguar I-PACE eTrophy title?

SJ: “Physically, I haven’t changed anything I’ve been doing. I always try to prepare myself the best I can to be ready for the weekend. Mentally, we always have to be strong because there are so many more adversities than we can expect, and if we can tame them, we get ahead of our competitors.”

As part of his prize package for winning the Jaguar I-PACE eTROPHY Championship, Jimenez drove a Formula E racecar at the official pre-season testing last month in Valencia. Here is what he told us about the experience.

“It was fantastic. The last time I’ve driven a single-seater car was 10 years ago, but it´s like riding a bicycle. I did a great job with the Jaguar engineers and in the Williams simulator at the Grove headquarters. It was an amazing week!”

The second season of the Jaguar I-Pace eTrophy racing series kicks off tomorrow but today the cars hit the track for a shakedown and the first free practice session of the weekend in Saudi Arabia.
We talked with Jimenez on his first impressions on the car, and the track conditions.

“The cars have improved a lot from last year. There is an evolution in the springs, suspension, brake pad, tyres (design) and the implementation of the Attack Mode, having 20% more power for two minutes, which we can use twice during the race. The track this year in Saudi Arabia is very slippery. The asphalt was resurfaced, and the times got worse, around eight seconds.
Although we are in the desert, it is very cold. Ten degrees during the day, five degrees at night…,” explained Jimenez.

The I-PACE eTROPHY cars are powered by a 90kWh lithium-ion battery with a thermal management system.

ERN: You mentioned ATTACK MODE, what can we expect with the incorporation of the system to the series?

SJ: “A much more dynamic race. Attack Mode is a great addition to the series. Overtaking in street circuits is very difficult, with 20% of extra power, we will have a strategy to use for both overtaking and defending. It will make the races more interesting than ever!”

Together they conquered four 1-2 finishes for Jaguar Brazil Racing in the series debut season.
Jimenez´s teammate, Brazilian driver Cacá Bueno (43) is also back, and both are ready for more.

“We’re making history in these first two years of the world´s first all-electric production-based international race series!” Jimenez said.
“We´ve been working together, Cacá and I, for the last five years. We did three years at the GT World Championship and now the second year of Jaguar I-PACE eTROPHY,” he added.

We won´t see Bueno this weekend though as he had previous commitments, replacing the Brazilian in Diriyah is fellow countryman, experienced driver.

The second season of the support series for the ABB FIA Formula E Championship will feature 10 rounds and visit eight countries on three continents. 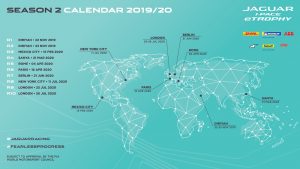 After the Diriyah E-Prix, the series will race in Mexico City, Sanya, Rome, Paris, Berlin, and New York, to finish with a double-header event in the city of London, UK. 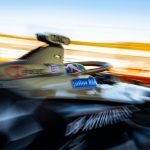