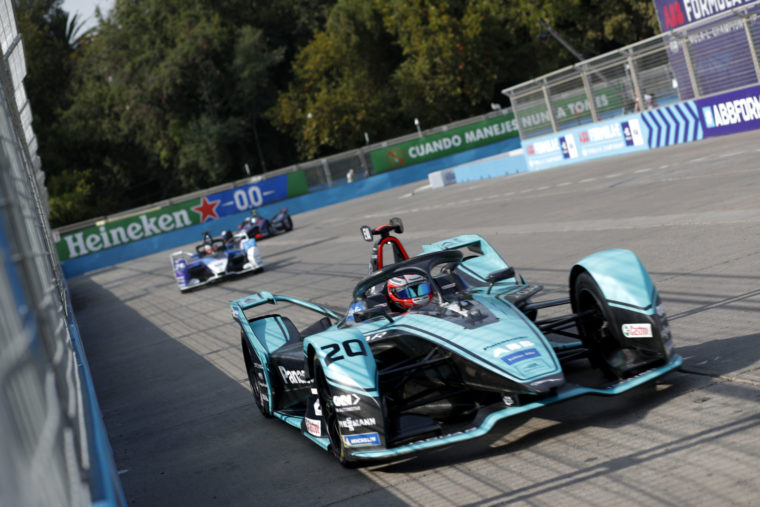 Mitch Evans put on a star’s show in Santiago’s qualifying session, while Oliver Turvey added spice to the mix with a Superpole appearance against the odds to cap off an exciting, and often intense, group of sessions before the E-Prix.

Rowland wasn’t so lucky – a sizeable shunt ended his qualifying efforts on the spot, and he was left to trudge back to his Nissan e-dams team with a mountainous task ahead of him in the race. Once the session resumed after a red flag period, Vandoorne topped the times for the opening stage and Lotterer followed him closely, while Bird fell short of challenging.

Group Two saw Edoardo Mortara, Robin Frijns, Nyck de Vries, Daniel Abt, James Calado and defending drivers’ champion Jean-Eric Vergne stake their claim for Superpole. Mortara certainly turned up for the occasion, topping both his group and the overall standings with a 1.05.547, while de Vries also hooked up his run to take second place, just 0.013 away.

Vergne and Abt dipped their heads above the surface to finish 4th and 5th respectively, while Frijns suffered a spin during his effort and only managed to beat di Grassi and Rowland. Calado, almost a victim to the session end, managed to sneak his lap in but came short by finishing 9th.

Group Three had Mitch Evans, Maxi Gunther, Antonio Felix da Costa, Brendon Hartley, Pascal Wehrlein and Jerome d’Ambrosio setting their times – and it was another step forward in the race for Superpole. Evans lit up the sector times to top the overall standings on a 1.04.941 – at the time of crossing the line, a six-tenth improvement on what had gone before.

Following him into Superpole were Gunther and Wehrlein, in 2nd and 3rd respectively. D’Ambrosio was forced to slow and pull aside on the main straight with a suspension failure, leaving him 15th, while da Costa was a surprise omission from the Superpole fight with a lap destined for

The final group, Group Four, had Felipe Massa, Sebastien Buemi, Oliver Turvey, Neel Jani, Ma Qing Hua and Nico Mueller vying for a last-gasp ticket into Superpole. Well, Ha was intended to – but after a free practice shunt, NIO 333 opted not to risk their machinery and ruled him out of the running.

Massa slotted his Venturi into 3rd after his first two sectors suggested a narrow missing out, but the story of the day was Turvey taking 5th in his unfancied machinery to set up a Superpole run against the odds. Buemi followed the pair into the final fight, setting up a possible escape from the confines of future Group Four runs.

Superpole’s stars were decided, and the first to take to the track in the session was Wehrlein. A 1.05.645 was his effort, and the first driver tasked with beating his time was Turvey, who managed to get within two tenths. Massa was up next, and after living up to his dark horse billing in Group Four he went for the uncanny, setting the exact same time as Wehrlein.

Buemi provided another sucker punch to the senses by falling to fourth and last on his run, behind Turvey, while Gunther followed the action up with a masterclass in single-lap pace. But he was schooled in his own artistry at the death by Evans, who secured himself and Jaguar pole with aplomb. The three points from pole boost him to sixth in the Drivers’ standings.

Superpole’s end saw Evans lead the way from Gunther – who was seen to have potentially exited the pitlane before the green light was shown -, Wehrlein, Massa, Turvey, and Buemi. Outside of Superpole, Mortara missed out by fine margins in 7th, followed by de Vries and Vandoorne for Mercedes and da Costa and Vergne for DS Techeetah. 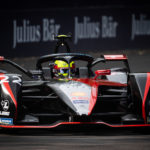 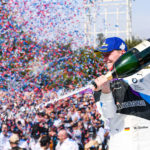