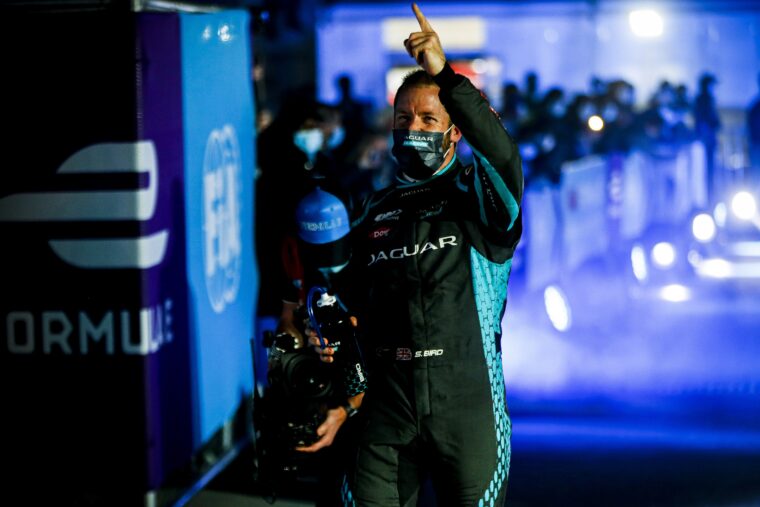 The scenario was the same though the events that unfolded during the second round of the Diriyah E-Prix told a completely different story at the Riyadh Street Circuit.

The morning started in Saudi Arabia with the third Free Practice of the weekend.

All seemed business as usual until at the close of the session Edoardo Mortara (ROKiT Venturi Racing) became a passenger in his own car, suffering a high-speed crash into the TecPro barriers in Turn 18 as a result of brake failure.

The Swiss finished the first round of the seventh season of the ABB FIA Formula E World Championship with a second-place podium and a top-of-the-line performance.

The 34-year-old was conscious and talking while extracted from the car, then he was taken to the hospital for further evaluation, according to the FIA safety regulations.

Once declared fit, Mortara returned to the circuit, visibly shaken but still willing to race, but his car had suffered extensive damage, and despite all efforts, it was not possible to start the race.

In the event of the incident, the Mercedes-Benz powered cars were not allowed to contest qualifying, including customer team ROKiT Venturi with Norman Nato and both Mercedes-EQ Formula E Team cars (Nyck de Vries and Stoffel Vandoorne).

Race Control informed: “Teams Mercedes-EQ and ROKiT Venturi Racing are not allowed to enter the track during the qualifying session while the investigation continues into the cause of Mortara’s crash.”

Nato started the race from P23, while de Vries and Vandoorne took the start from P20 and P22, respectively.

“I feel okay overall after this morning, but I would be lying if I said I was perfectly fine. I still have some pain from the crash, but I am thankful and grateful that I don’t have anything more serious. I was a passenger, and that is a feeling I want to forget. I would like to thank the marshals and medical team for their response to my accident,” said Mortara.

Sette Camara locked the front row, while Bird in third and Turvey in fourth, Blomqvist fifth and Mueller sixth qualified on the second and third rows.

ROUND 2 UNDER THE LIGHTS OF DIRIYAH

The second race of the year kicked off with Bird overcoming Sette Camara in the first corner, while da Costa moved past Sebastien Buemi (Nissan e.dams) for the eighth spot.

Bird began to put pressure on Frijns with both drivers exchanges fastest lap times, meanwhile, after five laps, Blomqvist went wide, and Jean-Eric Vergne overtook the Briton, becoming the fastest man on the track (1:10.866s) with the Attack Mode activated.

Turvey running fourth and Mueller both took Attack Mode, but the latter failed to maintain track position, and Verge got past him, achieving the fifth spot.

Verge and da Costa made contact, running side by side, fighting for the fifth position. It did not take long for the double champion to overtake Turvey, keeping race pace and setting a 1:10.381s fastest time.

A collision between Jack Dennis (BMW i Andretti Motorsport) and Pascal Wehrlein (TAG Heuer Porsche) brought out a full course yellow, with the former retiring from the race.

The FIA handled Wehrlein a drive-through penalty for causing a collision.

Frijns was leading when he activated his first Attack Mode, and Bird, who was right behind him, became the new leader; a few laps later, they would exchange positions, something that happened several times during the race.

Then Sette Camara moved past Bird for the second position while in Attack Mode, but the experienced driver managed to take the spot back from the Brazilian.

By the time, da Costa was running fifth, while in the mid-field Frijns teammate, rookie Nick Cassidy was battling Blomqvist, Muller, and Buemi until he reached sixth place.

On Lap 20, de Vries set a time of 1:08.811 minutes, the fastest of the race, while Verge took third place and teammate da Costa fourth, followed by Sette Camara.

Buemi clipped the wall and had to retire the car, causing a yellow flag.

“Overall, we had good pace and efficiency in both races, so we could have scored more points. We have to take the positives out of the weekend. We will regroup and focus for Rome,” he reflected.

On lap 21, Bird took the lead as the Envision driver strived with energy consumption.

Soon after, Maximilian Guenther (BMW i Andretti Motorsport) locked up and hit the wall on Turn 18, collecting Blomqvist in the way and causing a full course yellow.

Right afterward, an incident involving Mitch Evans and Mahindra Racing Alex Lynn shadowed the race, though TV cameras did not catch it and what had happened was uncertain at first.

The safety car was deployed, the race red-flagged with 29 laps completed, and did not restart.

As Mahindra Racing explained in a press release: “Lynn was involved in an accident which saw his car go airborne after it made contact with Mitch Evans’ car. Lynn’s car landed upside down and traveled a short distance before coming to a stop.

“The marshalls and medical team were able to extract him, and he was taken to the hospital for precautionary checks. He was later discharged.”

Lynn’s teammate crossed the finish line in the 11th position.

Mahindra Racing CEO, Dilbagh Gill ommented: “The most important thing is that Alex is ok after his accident. It was a nasty accident, but it is testament to the ongoing work that Formula E and the FIA do around safety that Alex only suffered some bumps and bruises and will be back racing with us in Rome.

“Regarding the race weekend, while we didn’t achieve the race results we’d hoped for, it is clear that the pace is there, and we have made a big step forward from last year where race pace was a concern.”

During the race, Stoffel was given a 10-second stop-and-go penalty for changing a power unit, having to start 20 places back down the grid.

DS Techeetah´s Vergne was given a post-race penalty for not activating his second Attack Mode, falling to the 12th spot on the grid.

“Everything looked like it had come together today, but in the end, I’m afraid to say that it didn’t. When there is a big crash like the one Alex had today the only thing that matters is that he is OK. Unfortunately, it meant that I couldn’t take my second attack mode, which is compulsory, which in effect gave me a post-race penalty and cost me my third position,” he outlined.

“It was a good performance and a good result today; we showed that we have the pace again, and I am super pleased with that. It truly was a fun race, with amazing overtakes and a great recovery. This was our last time with the old car for the next race, we will have the new one, which is now ready, and I can’t wait to drive it!” da Costa said.

Further post-race penalties followed, and these are the final race results. 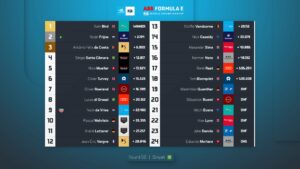 NIO 333 FE Team rounded up a positive weekend; both cars qualified into Superpole, and the team collected more points as Oliver Turvey finished the second round in sixth place.

In the words of Christian Silk, NIO 333 FE Team Principal: “It was a good race. We came here with a target of scoring points, so to get a car into the Top Ten in both races is spot on. It is an indication of the progress we have made that we are slightly disappointed not to have finished further up the field, but rest assured we will do our maximum to rectify this at the next race!“

The third round of the ABB FIA Formula E World Championship will take place in Rome, Italy, on April 10th. 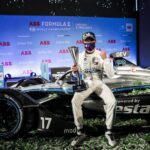 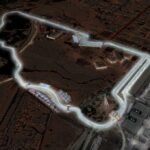