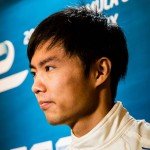 Ma Qing Hua is one of China’s most successful racing drivers and has been part of Team Aguri’s line-up in the end of season 2 and was behind the steering wheel of TECHEETAH’s car for the first three races of the series’ third season, before being replaced by the former Formula 1 driver Esteban Gutierrez. During his active time in the electrically-powered racing series, the Chinese driver was not able to score any points, unfortunately, but was able to set a few highlights nevertheless.

After several years of karting in China, Ma Qing Hua made his proper racing debut in single-seaters in the Asian Formula Renault Challenge which he finished in P16 in the end of the season. In the same year, he also gained his first experiences in Europe, driving in the Italian Formula 3000. Unfortunately, he only managed to secure P27 in the end of the year. The following year, he joined the prestigious field of the A1GP championship while also starting in the Northern European Formula Renault. After a break from active racing in 2007, he competed in the Spanish and British Formula 3 championships as well as Superleague Formula in the next two years. In 2011, he took a break from single-seaters and got his first taste of touring cars in the Chinese Touring Car Championship which he was immediately able to win. In 2012, he got the chance to test-drive in Formula 1, before managing to secure the chance to show his talent in GP2, but he was replaced after just one weekend. Joining Citroen, he finally had his moment to shine on the international stage, as he could secure several important championship points for the French squad in the World Touring Car Championship.