Exclusive: “We want to inspire and innovate”, says Barclay 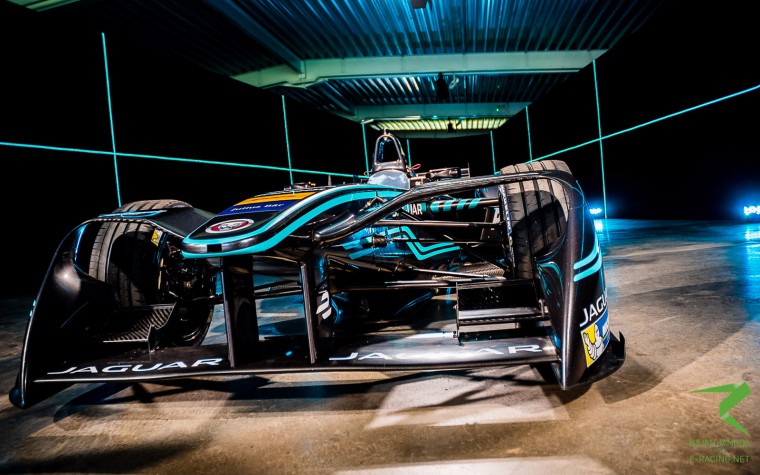 [vc_row][vc_column][vc_column_text]As Jaguar is about to make a comeback in motor racing, we spoke to team director of the all-new outfit, James Barclay, on the challenges and expectations for the Panasonic Jaguar Racing Formula E team as they prepare for their debut in Hong Kong.

After a 12 year hiatus, it’s no surprise why Jaguar’s comeback in motor racing is big news. The Jaguar emblem resonates with an illustrious history in motor sports and sits at the top echelon of British motor racing. Today, the big cat is ready to pounce into the all-electric championship.

“We looked at many opportunities, but we were unanimous that Formula E was the best fit for our ambition, which was to return to racing in the right way. So it came as a result as the perfect fit for our electric future.” Says James Barclay, Team Director of the all-new Panasonic Jaguar Racing Formula E Team. “We want to inspire and innovate and the FIA Formula E Championship brings exciting racing with an important message to the heart of some of the world’s biggest cities. We are excited to bring the future of mobility and sustainable technology right to the doorstep of fans and Jaguar customers around the world.”

[perfectpullquote align=”right” bordertop=”false” cite=”” link=”” color=”” class=”” size=””]”We looked at many opportunities, but we were unanimous that Formula E was the best fit for our ambition, which was to return to racing in the right way. So it came as a result as the perfect fit for our electric future.”[/perfectpullquote]

Barclay, who’s also a former race car driver will be spearheading the team, a fitting position for someone who has spent over 20 years in the industry. “The most important thing I can relate to from my time in and out of the car is an understanding of the value of a skilled and experienced team. It’s not just about the car and the driver, it’s about putting the right people and the right resources in place.“, he tells e-racing.net, “I feel that this is what we have done in building the new Panasonic Jaguar Racing Formula E team, and in finding partners with a shared drive and ambition.”

Panasonic will join forces with the team as part of a multi-year partnership and will serve as the title sponsor. Technical partnership, however comes from Williams Advanced Engineering which has already been involved with the British brand prior to their announcement of joining Formula E. Meanwhile, Lear Corporation, an American based automative seating and electrical systems supplier has also been announced as a sponsor.[/vc_column_text][/vc_column][/vc_row][vc_row][vc_column][vc_gallery interval=”3″ images=”8137,8136,8135,8134,8133,8132,8131,8130,8129,8128,8127,8126,8125,8124,8123,8122,8121″ img_size=”1600×1000″ title=”Panasonic Jaguar Racing Launch”][/vc_column][/vc_row][vc_row][vc_column][vc_column_text]The Formula E grid is set to become even more competitive in season 3 as Jaguar fills in the spot for Trulli, who have left the championship last year. Former F1 test driver for BAR-Honda, A1GP World Champion and GP2 driver Adam Carroll and GP2 driver and Mark Webber’s protege, Mitch Evans have been announced as the drivers. Meanwhile, Chinese-Dutch driver Ho-Pin Tung will serve as their reserve driver. Running race operations will be Race Director, Craig Wilson who’s been involved with Jaguar for almost 30 years, while another veteran of the sport, former Williams F1 Race Engineer, John Russell, has been appointed its Principal Vehicle Engineer.

Being a brand new team on the grid definitely has its challenges, but the team is coming in well prepared: “Our focus for the early races is to learn as much as possible“, explains Barclay. “It’s clear that our competitors in Formula E have had two season’s head start on us and that there’s some practical experience which we need to gain quickly as we get the team up to speed.”

Despite being the new kids on the block, Jaguar is almost matching the pace of its competitors as seen in the first two sessions of pre-season testing at Donington Park. “Formula E is a series where success in the race is about energy management, strategy and even the race day processes that the team has in place and these all require some real-world experience to master. We’ve done our homework in testing and we’re clear on what we need to refine in the early races.”

But Barclay is also positive certain advantages could also be gained from their newbie position: “We have the benefit of a clean slate and the opportunity to grow the team in the way we want. Of course, we are new to the series and have a lot to learn quickly but we have world- leading skills and resources at Jaguar Racing and very committed partners, so we are looking forward to going racing.”

That said, Formula E could also boost the brand’s growing R&D division. The brand’s history from track to road can be measured in a fleet of iconic race cars, from the Le Mans winning C-Type and D-Type. Now, the team’s all-electric race car, the I-Type might be the answer to developing an all-electric road car. “Jaguar has a strong history of developing world-leading technology on the race track“, adds Barclay. “Many pioneering innovations were created by Jaguar for the track including the monocoque chassis, disc brakes and the twin cam engine. We’re proud to be the first premium brand to commit to the Formula E series as this programme will generate tangible R&D benefits, with the technology developed and lessons learnt on the race track enhancing our knowledge for our future Jaguar road cars.”

There is one thing, however that offers no issues of doubt for the brand new team; and that’s support from the fans. The team has already gained a huge following from fans old and new on social media, all keen to see the cat’s comeback. “The legend of Jaguar was born on the race track with seven Le Mans wins and Formula E offers us the opportunity to bring Jaguar Racing to a whole new generation of passionate and knowledgeable fans and customers around the world“, Barclay says enthusiastically.

“We are also a modern and forward-looking race team. We’ve planned a lot of new and exciting ways to inspire our fans and bring them closer to the action than ever before and we are looking forward to getting started. Already, @JaguarRacing has a growing number of followers ahead of our debut in Hong Kong.”

It’s taken more than a decade, but the big cat is finally back in the pitlane and replaces its engine growl for an electric roar.[/vc_column_text][/vc_column][/vc_row] 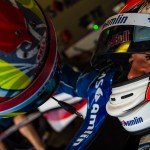 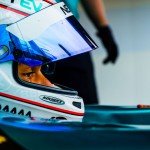