Bird flies to pole at Spa-Francorchamps 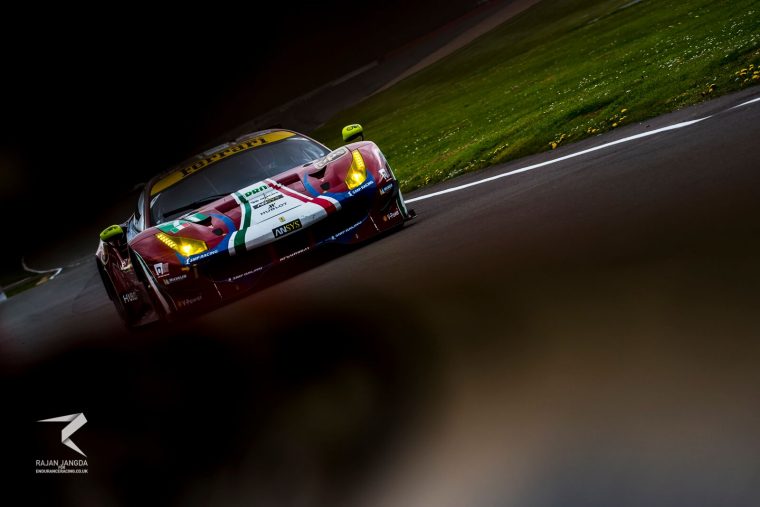 Sam Bird took his first pole position of the season in the LMGTE Pro class of the FIA World Endurance Championship, while DS Virgin reserve driver Alex Lynn headed the field in LMP2.

The LMP1 category saw the return of Venturi driver Stephane Sarrazin with Toyota Gazoo Racing who, along with Yuji Kunimoto and one-time Formula E tester Nicolas Lapierre, registered a best lap time of 1:54.701s, enough for the #9 to start tomorrow’s race from third on the grid.

Reigning Formula E champion Sebastien Buemi, piloting the #8 Toyota, was fourth fastest in LMP1 while pole position was taken by the #1 Porsche of Andre Lotterer, Neel Jani and Nick Tandy.

Alongside the Porsche on the front row will be the #7 Toyota of Kamui Kobayashi and Mike Conway, with the car down to just the two drivers as Jose Maria Lopez continues to recover from injuries sustained following his crash at Silverstone.

The next best Formula E driver was Techeetah’s Jean-Eric Vergne, who will start from fourth place in the #24 CEFC Manor TRS Racing with Tor Graves and Jonathan Hirschi for company, just ahead of the #13 Vaillante Rebellion of Mathias Beche, David Heinemeier Hansson and former Formula E champion Nelson Piquet Jr.

It was a more difficult session for Nicolas Prost, who along with Bruno Senna and Julien Canal could only qualify the #31 Vaillante Rebellion ninth in the LMP2 category, while Jaguar Racing reserve Ho-Pin Tung, Thomas Laurent and Oliver Jarvis will line up tenth.

In LMGTE Pro, Bird and Davide Rigon steered the #71 AF Corse to pole position, lapping almost half a second ahead of the #66 Ford GT of Stefan Mucke, Oliver Pla and Billy Johnson, bringing the three-time Formula E race winner his first pole position of the season. 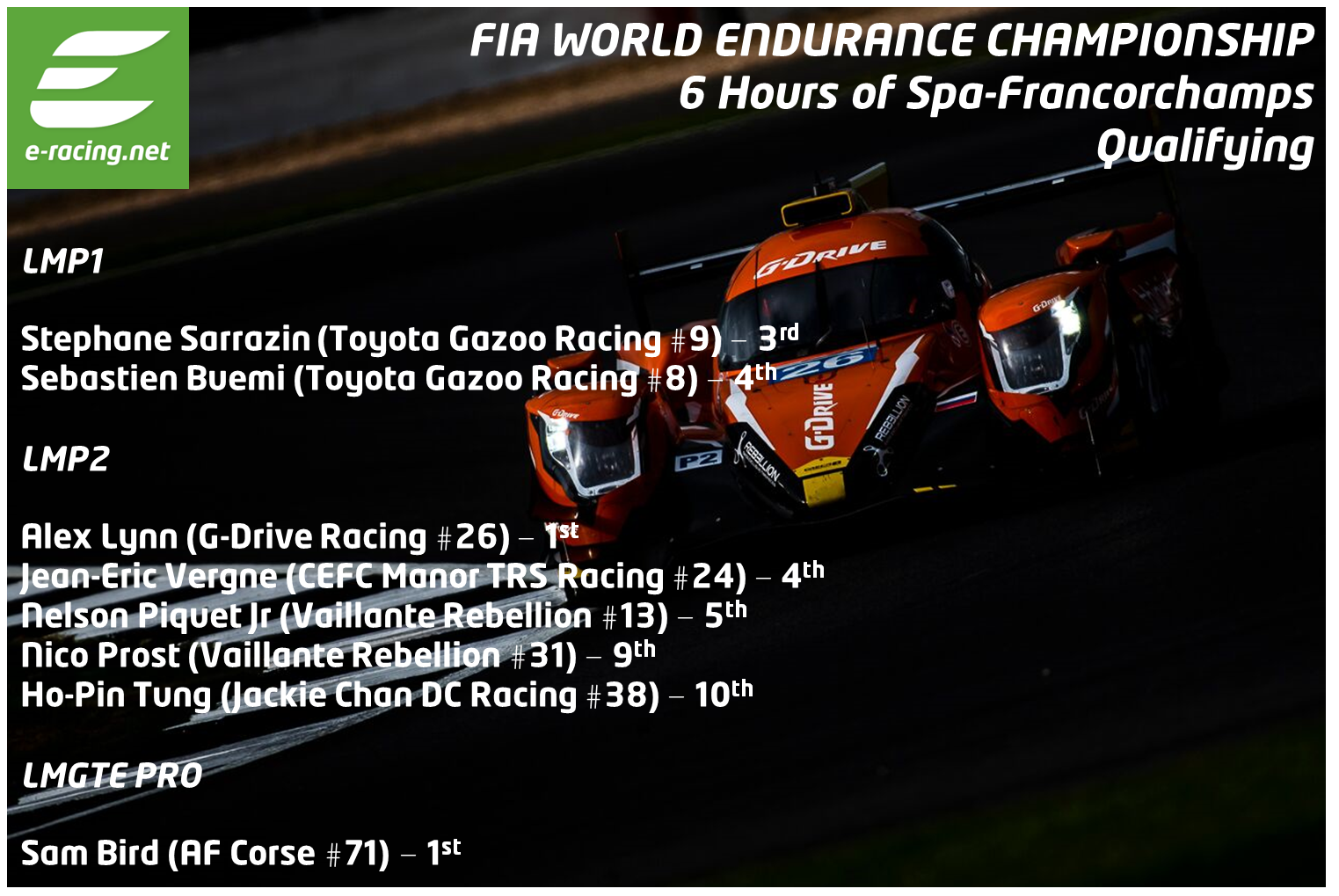 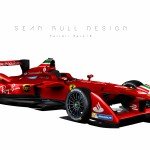 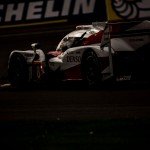