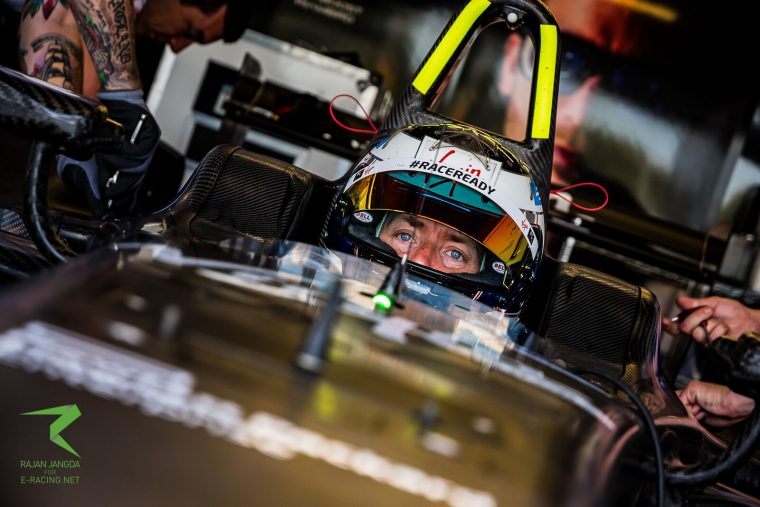 DS Virgin Racing’s Sam Bird got his week of testing off to the perfect start as he set the fastest lap of the morning at the Ricardo Tormo Circuit in Valencia, heading the Audi Sport duo of Lucas di Grassi and Daniel Abt.

In a relatively quiet session which saw drivers concentrate on getting to grips with the new testing venue, Panasonic Jaguar Racing’s Mitch Evans had spent the majority of the session at the top of the timing screens before di Grassi put in a fast lap of 1:18.718s minutes from the end to demote the Kiwi down to second, shortly followed by Bird’s time of 1:18.669s.

An early red flag was thrown following a stoppage for James Rossiter in the Venturi, otherwise the session remained uneventful but with plenty of laps being put in by the 20 drivers, the most being put in by Abt.

It was a solid morning for Alex Lynn in the sister DS Virgin Racing as the Englishman registered the fourth fastest time, while Evans rounded out the top five.

Rossiter headed the rookie times in P12, while NIO’s new signing Luca Filippi ended the morning 15th fastest. Alexander Sims in the MS&AD Andretti and Edoardo Mortara in the Venturi were 16th and 17th respectively, while Techeetah’s Andre Lotterer and Dragon Racing’s Neel Jani propped up the field. 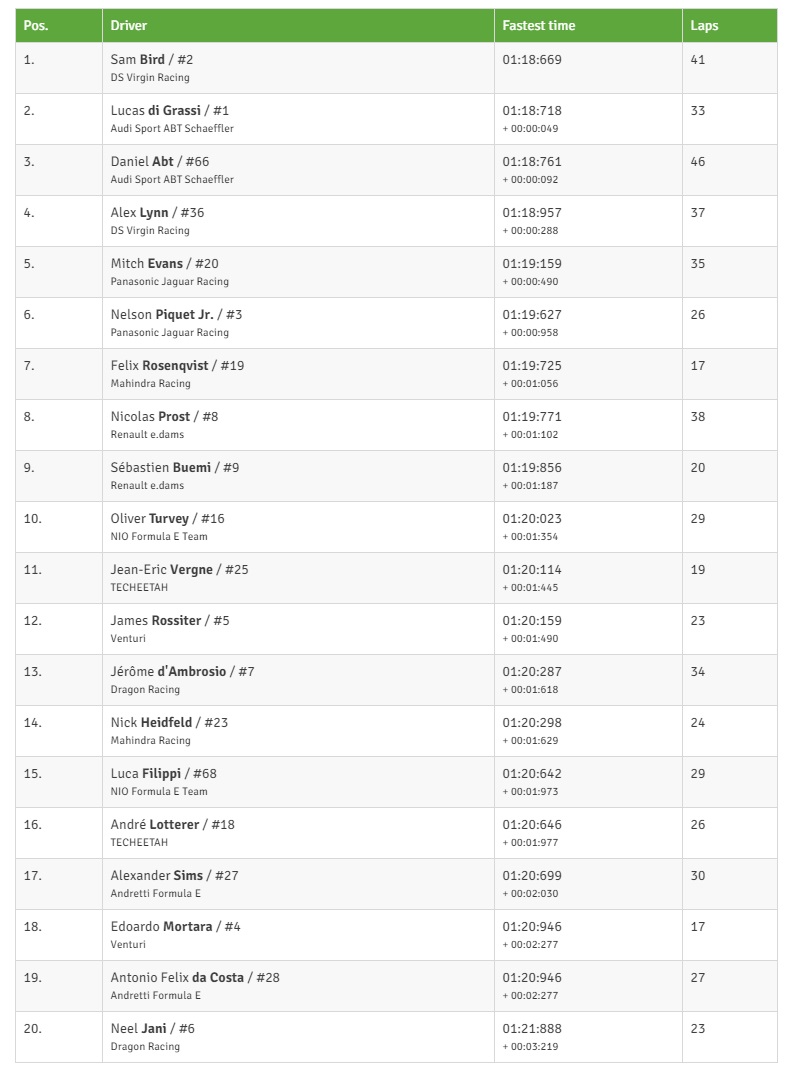 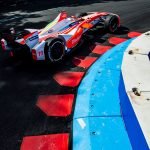 - << « Juncadella to test for Mahindra 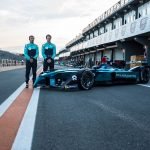