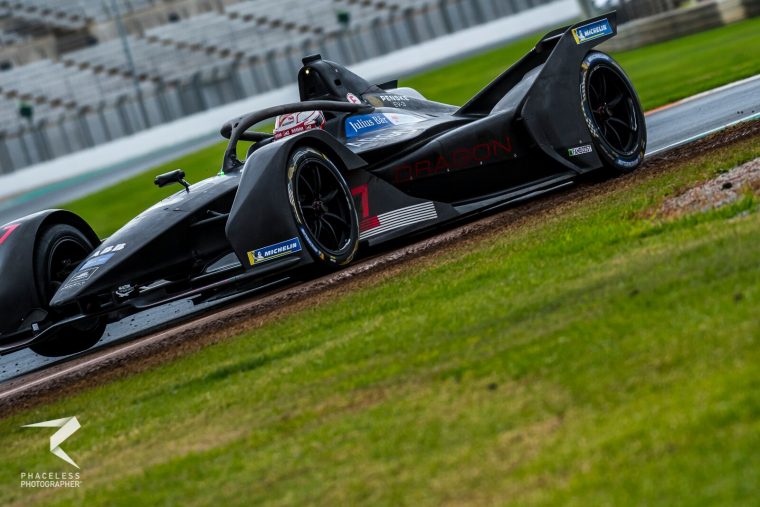 British racer Pippa Mann is set to take part in the first in-season test at Ad Diriyah on 16 December, driving for the American squad Geox Dragon.

Mann is the kind of driver you’ll never have to ask why you race. If you’ve seen her racing then you know what I mean, and it is a thing great drivers have in common. They live to race no matter what, they were born to do it in body and soul.

This weekend she’ll test a Formula E car for the very first time, which also represents a comeback to her single-seater roots.

“I’m excited to be one of the racers taking part in the Formula E Ad Diriyah test, and I’m looking forward to the challenge of getting back behind the wheel of an open-wheel style car on a street circuit,” Mann said.

“We are looking forward to working with Pippa at the test in Riyadh. She has a lot of experience across a wide range of motorsports disciplines, and we expect her to provide valuable feedback on the Penske EV-3 package,” said Jay Penske, Owner and Team Principal of Geox Dragon.

The team is set to launch a new livery this week ahead of the season five’s opening race when both full-time drivers Jose Maria Lopez and Formula E rookie Maximilian Gunther will take the Penske EV-3 to the track.

Recently, the team has also announced the renewed sponsorship with the Argo Group in a multi-year partnership deal.

Geox Dragon has also confirmed Italian driver Antonio Fuoco as the team’s test and reserve driver, he drove the Gen2 car at the pre-season test in Valencia last October.

Meet the driver behind the wheel

Mann embodies determination in a way that impresses you as few do.

Motor racing can be cruel sometimes, as unfortunately, talent is not enough these days, and if you are a female driver, it can get a bit harder.

In her own words: “For me to drive racing cars, it’s not just one unpaid side-gig on top of my real job as a working performance driving coach for various brands, it’s a multitude of side gigs.” 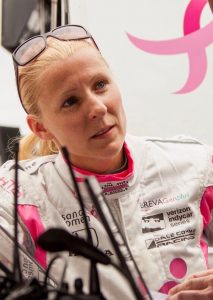 The British driver was the first female driver to start from pole position and score points in World Series by Renault.

In 2010, Indianapolis became her home, and her talent spoke louder as she finished fifth overall in the Indy Lights series.

The recognition of her potential, charisma and hard work didn’t take long to come up, fans voted and elected her as the “Most Popular Driver”.

During that season she won her first race at the Kentucky Speedway, being the first female driver to be in pole position at Indianapolis Motor Speedway.

Her journey in the “big league” began the next year when she first drove in IndyCar. In May of 2011, she became the first British female to start the Indianapolis 500, a race she would contest five further times.

That same year she competed in the Lamborghini Super Trofeo Championship series (sports cars) alongside another female driver, Shea Holbrook.

“I also want to applaud Formula E for their forward thinking, and creating this opportunity for female racers in their series. It’s cool to see the list of talented female racers taking part in this event, and it’s even cooler to now be one of the names on that list, and to be participating in this event with Geox Dragon,” Mann said on the upcoming test in Ad Diriyah.

Mann’s passion for the sport has made her achieve victories, records, but moreover, to inspire female drivers around the globe, on and off the track with her actions. For two consecutive years, she raced to support the Susan G. Komen cancer outreach organization.

Mann is her own boss, PR, social media manager, and webmaster with friends helping her whenever possible.

This week, Bell Racing USA announced the creation of Women in Motorsports Mentor Program with Pippa Mann as one of the twelve women who will be participating in the program.

“Mentorship is a critical element in helping people learn, maximize their talents and achieve success in any field, including the sport of racing,” said Kyle Kietzmann, president and COO of Bell Racing USA.

“We are proud to help facilitate a mentorship program for women in motorsports and grateful to the athletes and industry experts who are so willing to share their knowledge and experience, offering advice and guidance to women as they follow their dreams and pursue a career in racing.”

Katherine Legge (38), the first female driver to race in Formula E (Season 1) is also taking part in the program as one of the mentors, and she will also be at Ad Diriyah this weekend since she is the first woman who joined the Jaguar I-PACE eTrophy series. On Saturday she´ll be driving for Rahal Letterman Lanigan Racing alongside teammate Bryan Sellers.

On Sunday, Legge will join Mann in the in-season test, as she’ll drive the M5 Electro for the Mahindra Racing team. A total of nine women will be testing on 16 December in Riyadh.

“Driving racing cars is meant to be fun,” Pippa Mann states and I couldn’t agree more. Her secret, knowing how to overcome the stones in the way to do what she loves: racing cars. 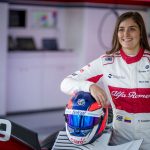 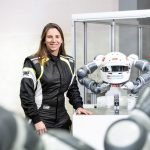