Formula E: Rome Awaits to Meet the Men Who Will Conquer Glory in the Eternal City 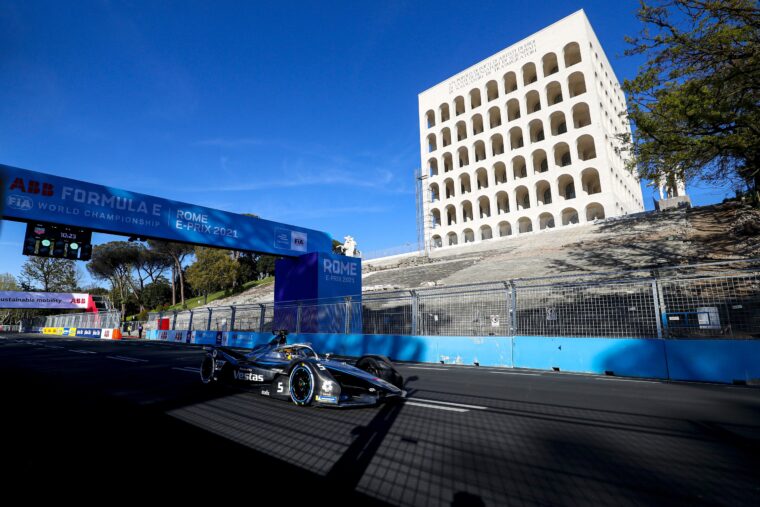 The third running of the Rome E-Prix marks the return of the all-electric racing series to the city after a year hiatus due to the COVID-19 restrictions.

The Circuito Cittadino dell’EUR features a new track layout while preserving its unique characteristics, such as the challenging elevation changes. 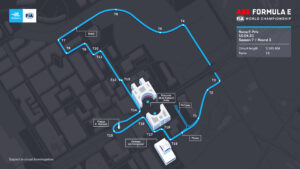 The event will also set the inaugural campaign of Formula E on Roman soil as a world championship.

The circuit’s perimeter will see the cars running past the Palazzo della Civilta Italiana, also known as the “Square Coliseum” – for the first time, Palazzo dei Congressi and the Piazzale Marconi, all landmarks to the city.

As a gear-up for the two-race weekend event, the 24-driver field made their first outing in Rome with a 15-minute shakedown on Friday evening.

On Saturday morning (local time), the cars will run two Free Practice sessions before qualifying (in four groups), heading to decide who will take Julius Baer Pole Position after the always thrilling Super Pole (20 minutes) session. At 16:00 (local time), the grid will be ready to go green, kicking off the first race of the weekend.

On Sunday, the action returns to the streets of Rome for the fourth round of Season 7.
Before qualifying, the schedule presents the only Free Practice session of the day (45 minutes); lights will go out at 13:00 (local time) as the second race gets underway.

NO HISTORY WITHOUT ROME

The first driver to write his name in the first spot of the Roman podium was Sam Bird, claiming victory in the Eternal City back in 2018 with DS Virgin Racing.

Panasonic Jaguar Racing´s Mitch Evans conquered Rome in 2019, a triumph that marked the Kiwi breakthrough victory in the series – also a first to the British team.

From Season 7, Bird and Evans became teammates as the former joined Jaguar Racing at the wheel of the Jaguar I-Type 5.

Mercedes-EQ’s Nyck de Vries leads the championship after the season opener held in Saudi Arabia in February with two-night races, where he achieved his breakthrough victory.

The Dutch driver dominated the first round of the season with a perfect start. He went from topping the timesheets in Free Practice to clinch pole position and achieve his maiden race win in style. 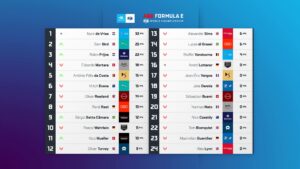 Ahead of the Rome E-Prix, de Vries commented: “I think it is going to be a different track from the ones we have been racing on recently. It looks like a real city center Formula E track – the varying surface quality and the elevation changes are going to make for a bumpy ride, so it promises to be a very intense and challenging race. We are obviously hoping that we’ll be as competitive as we were in Diriyah.”

Sam Bird won the second round in Diriyah; albeit the season is just getting started, the Jaguar Racing driver is in contention for the title, standing second in the championship overall standings.

“We started our racing partnership incredibly well with a victory in Diriyah last time out. In the past, Rome has been kind to me – I won there in 2018. Mitch and I are both in group 1 for qualifying in round three, which will be tough, but we will be giving it everything to keep the team out in front,” Bird remarked.

Nissan e.dams also planned to debut its new powertrain in Rome, but the introduction has been delayed until the Monaco E-Prix in May.

The team recently announced an extension to its commitment to the Gen3 era through season twelve (2025-2026).

Adding: “We took good team points here in season five, and this gives us confidence. With our long-term commitment to Formula E in place until season 12, we can now approach every round as a building block to our continued success as we chase down the teams and drivers championships.”

Late in April, the Rome City Council and Formula E agreed on a five-year extension to the contract with the world championship, and as a result, the city will continue to host the all-electric races until at least 2025.

“Rome is once again a key reference for Formula E and remains a key attraction for big events. When we exit the health emergency, we will need to come back much stronger than ever before,” said Virginia Raggi, the Mayor of Rome.

“Our city is ready for this challenge, and the Italian capital will be the symbol of the series until 2025.”

Mahindra Racing driver Alexander Sims spoke about the changes made to the Roman circuit, explaining: “The old Rome track was pretty cool, but this looks even more impressive; particularly the uphill, sweeping section which is really high speed. In qualifying mode, that should be pretty spectacular from the driver’s point of view. That, mixed with a lot of technical sections, should provide decent racing and overtaking opportunities.”

“It looks like it will be pretty tough on energy, so we’ll have to do a decent amount of coasting and re-gen, which is always good for close racing.”

ROKiT Venturi Racing Susie Wolff (Team Principal) said: “The opening rounds in Diriyah showcased how close the grid is this season, and after taking silverware in the opening round, we know that we have a very strong package at our disposal.

“On the new configuration of the Circuito Cittadino dell’EUR, the entire grid will be starting from zero, and this means that there is everything to gain this weekend. I know I speak on behalf of the whole team when I say that we’re looking forward to the lights going out on Saturday.”

Envision Virgin Racing´s Robin Frijns (currently third in the driver’s standings) stated: “Rome is a proper street track and one I am a big fan of. The modifications made this year don’t appear to have detracted from its overall flow, but for sure, it is going to be a challenge, especially with the bumpy road surface and perfecting the car’s ride height.

“Last time we raced here, I finished fourth, so it’s a track I feel comfortable on, and I just hope we can score strongly again to maintain our momentum in the championship.”

The team is only 39-points away from surpassing its 1,000th Formula E point.

BMW i Andretti Motorsport´s Maximilian Günther outlined: “Rome is always something special in Formula E. We are already very excited about the new layout, the longest on the race schedule.

“After a few laps in the simulator, I think that the circuit offers everything that you need to have a lot of fun behind the wheel and good racing action. We could have not have prepared any better, and we are approaching the Rome double-header with great team spirit.”

Rounds 3 and 4 of the ABB FIA Formula E World Championship will take place in Rome, Italy, on April 10 and 11, behind closed doors due to the ongoing global pandemic. 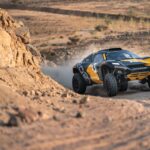 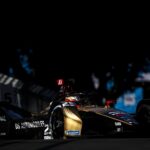